There’s no better (or more fun) way to explore a culture than to discover what they deem worthy of honour and celebration. Here’s the World’s Best Festivals, according to one indie traveller, Part 1.

As the old saying goes: get chased by one bull and it’s a bad day, but get chased by many bulls and it’s a fiesta! Okay, so perhaps that’s not so much an old saying as it is something I made up. Anyway, the point is that humanity loves to celebrate and does so in as many unique ways—such as attempting to outrun six toro bravo bulls in Spain—as there are unique societies in the world.

One of the most electrifying methods for travellers to immerse themselves in their host culture is to partake in local festivals. Listed below are some of the greatest parties happening around the globe.

We’ve all met burners. They’re the fire-poi-twirling, fun-fur-wearing, jambi-drum-beating devotees to the eight-day, 70 000-person art festival who are quick to inform you that “you don’t know what you’re missing, man.” And guess what—they’re right. 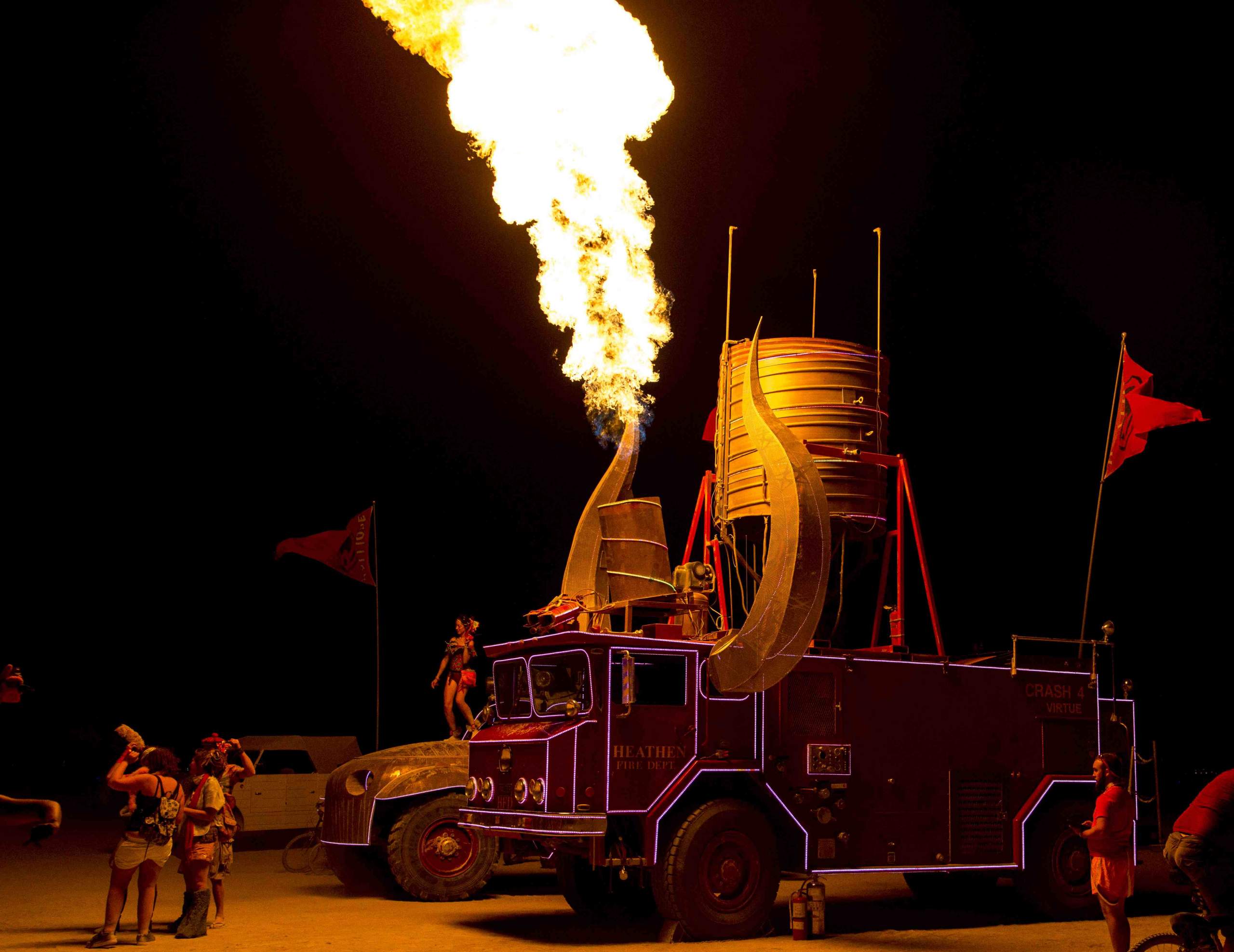 Forget the YouTube videos, there is nothing that can adequately prepare you for the staggering immensity and astounding creativity of this pop-up city in the middle of the Nevada desert. For example, my friends and I were eating breakfast on the first day of the festival when an 18-wheel flatbed truck rumbled past transporting the nose and cockpit of a jet.

There are the communally interactive themed camps ranging in motif from circus acrobatics to slayed Barbies; the visually stimulating “mutant vehicles” such as a flame-throwing steam punk octopus or a black Converse high-top sneaker built around an actual car; and the mentally provocative art instillations that loom throughout the Deep Playa like the pyrotechnic funfair Charnival and the 50-foot Khmer- and Vedic-inspired temple Totem of Confessions. Between the parched landscape and LED chaos, it feels like a happy hardcore version of Mad Max.

Burning Man is based on principles of radical inclusion, gifting, de-commodification, radical self-reliance, radical self-expression, communal effort, civic responsibility, leaving no trace, participation and immediacy. Oh, and I was joking about the burner stereotype. Many attendees are in fact professionals in the default world—and I for one have never worn fun-fur in my life.

Holi (Festival of Colours) | India and Nepal in February-March

There are many legends regarding the origin of Holi. One of the most popular states there was once a king named Hiranyakashipu who had received a blessing that convinced him he was God and should be revered as such. But his son Prahlada disagreed and continued to worship Vishnu, an act which infuriated his father. 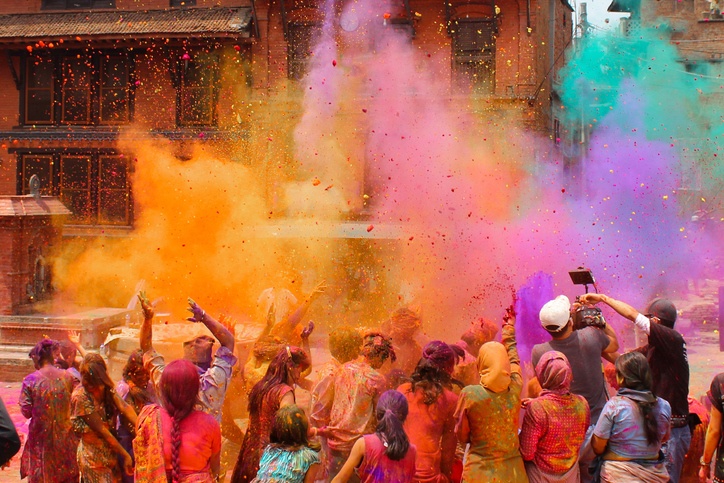 The king therefore recruited his evil sister Holika to trick Prahlada into sitting with her on a pyre as she donned a fireproof cloak. However, the ploy boomeranged when a wind blew the cloak off of Holika and onto Prahlada. The boy survived as his aunt perished; shortly afterwards, Vishnu appeared and killed the wicked king.

Thus Holi began as a celebration of good over evil (Prahlada over Holika) wherein people sang and danced around a bonfire, then dabbed the ashes on their foreheads. While the bonfire is still an important precursor to Holi, the ash-dabbing eventually evolved into a day of spirited colour fights wherein anyone on the streets is fair game, and an evening of feast and merriment with loved ones. After all, what better reason to rejoice than the opportunity to throw dye all over your in-laws?

Encierro (Running of the Bulls) | Pamplona, Spain in July

I don’t know what Saint Fermin did to get canonized, but it must have been something pretty awesome as every year the town honors him with an eight-day festival that includes a daily bull run. The local tradition stemmed from the need to transport cattle from the fields to the bullring and adolescents demonstrating their bravery by playing a (in this case somewhat unaptly named) game of chicken with the beasts.

The practice itself is believed to have originated in northeastern Spain in the early 1300s under parallel pretenses, and similar events are now held throughout the country as well as in southern France, Portugal and Mexico.

While the race may seem dangerous there are a number of safety precautions in place. Wooden fences erected to direct the cattle are fitted with escape gaps large enough for people (but not animals) to slip through and every 50 meters is a medical station attended by at least one physician and one nurse in addition to Red Cross volunteers. To those of you eager to test your speed against that of the bulls, you’ll have to do so without any liquid courage as it is forbidden for participants to be under the influence of alcohol—so save the whiskey and associated “Johnny Runner” jokes until afterwards.

People the world over find reasons to unite in celebration. To discover what parties may be happening along your travel route check out The World’s Best Festivals (Part 2).

Wintertime Bulgaria is So Much More Than Just Ski Resorts