This Week in Travel News: Some Country is Celebrating a Birthday or Something | Plus: An entire island is now an official dark-sky sanctuary and the latest info on Trumps travel ban.

In case you somehow weren’t aware, Canada is turning 150 this weekend. Whether this means you’re going to spend all day jammed between crowds and spending up to $900 on an Airbnb in downtown Ottawa, or, like everyone in Quebec, just moving apartments—which is an actual legal thing—there’s a celebration for everyone! We at Outpost are celebrating in our own way—we actually uploaded nine of our most epic longform Canadian travel features for the occasion, and our senior travel advisor has a few questions about the great irony of Canadian patriotism: so many Canadians love to celebrate Canada, yet seemingly few of us have visited all 10 provinces and three territories of this impossibly vast country. 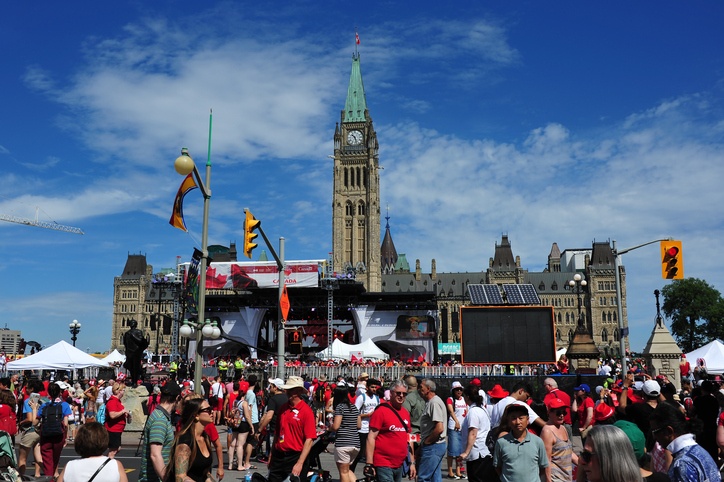 And since Canadians’ favourite pastime is thinking of ways in which we’re quietly superior to Americans, let’s segue into the biggest travel-news item this week: Donald Trump’s travel ban. On Monday, the US Supreme Court agreed to allow part of Trump’s infamous (and ever-transmogrifying) ban to take effect. This iteration bans citizens of six Muslim-majority nations (Iran, Libya, Syria, Somalia, Sudan and Yemen) from entering the United States, as well as all refugees. This softened version, at least, does not affect people who already have green cards or visas, nor does it affect anyone with—and this is a direct quote—”close family” in the United States. What does that mean? Excellent question: according to the BBC, anyone with a parent, spouse, fiancé, child, child-in-law or sibling of any kind already in the United States can enter the country. But if you’ve got grandparents, aunts, uncles, nieces, nephews, in-laws, extended family or grandchildren in-country, unfortunately, that’s not enough.

And lastly, because timelapse videos of stars shooting across clear skies are always good to end on, you should know that New Zealand’s Great Barrier Island has just been designated a Dark Sky Sanctuary by the International Dark-Sky Association—the first island in the world to be designated as such. Enough of the island’s 900-odd people live off the grid that light pollution is minimal, allowing for some of the best nocturnal viewing anywhere on the planet. Check out the video above to see what they see. Have a great weekend, everybody—and enjoy the Canadian fireworks in lieu of New Zealand stars.

Mexico, Basically | a Road Trip Barely South of the Border