This Week in Travel: Trump Makes it Harder for Americans to Visit Cuba | Plus: Tigers are making a comeback in India, and how a zoomed-out Google Map of Europe shows more about geopolitics than the world itself.

Trumping Cuba. President Donald Trump announced a partial rollback of former president Barack Obama’s landmark policy toward Cuba. Some parts of Obama’s legacy will stay the same—embassies will remain open in both Havana and Washington, Americans can still bring back Cuban rum and cigars and airlines will continue flying directly between the two countries. But the big change is that Americans will no longer be able to visit under what was called the “people-to-people” category of tourism—a broad category that allowed everyday Americans to travel independently to the island nation with minimal hassle from customs agents, which was designed to encourage interactions with locals. Instead, Americans will soon be able to visit only as part of a group tour led by an approved operator in Cuba.

This isn’t the first move Donald Trump has made toward narrowing global travel, as we’ve written about before. But it does have implications for Canadian travellers—some of whom flocked to Cuba when they thought it was going to transform into an Americanized tourism centre. So much for that.

Tigers in India are making a comeback. In the last three years, the number of tigers in eastern India’s Burachapori Wildlife Reserve and nearby Kaziranga National Park has grown from 83 to 104, Indian conservationists have announced. While it’s not a skyrocketing number, it’s evidence that their population is stable, which is news worth celebrating. For context, Kaziranga is also home to numerous elephants and a majority of the world’s Indian rhinos, whose own numbers have sprouted from 600 to more than 3,500 in the last 50 years.

Of course, as we celebrate the protection of one species, we often forget how they survive—as Kaziranga’s field director told the Times of India, “The thriving tiger population points to the fact that there is a healthy prey base for the big cats.” Thanks for your sacrifice to keep our tigers alive, lesser-cared-about animals! 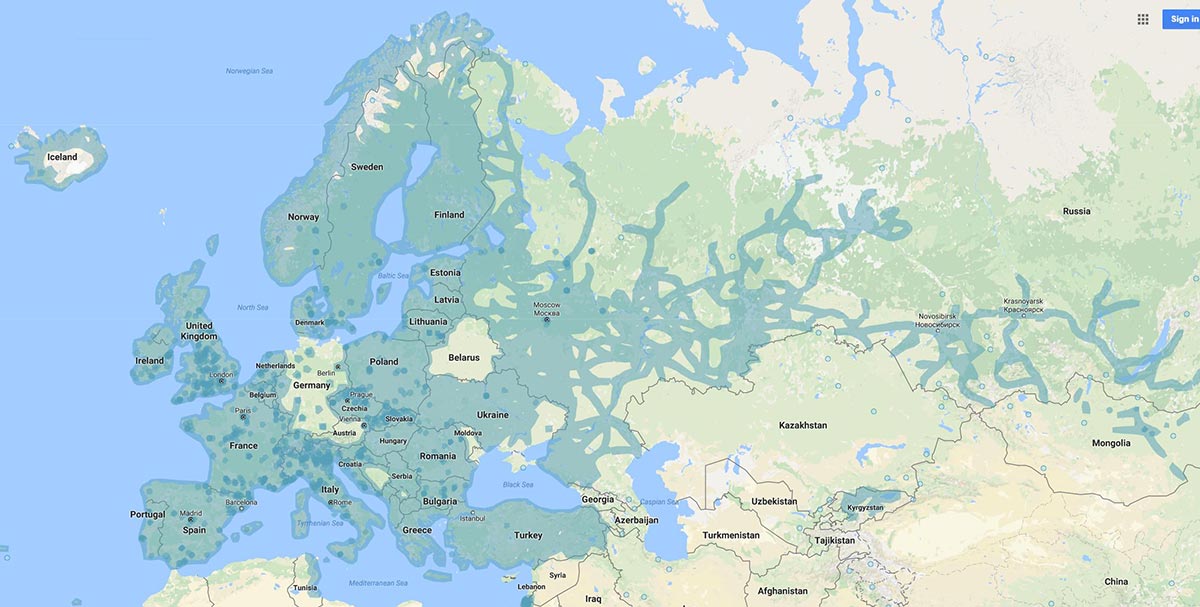 Where no cars go—according to Google. The above map shows, in rough blurry splotches, exactly where Google Maps offers its 360-degree Street View across Europe. Notably absent: Germany and Austria (whose privacy laws largely outlaw the invasive cameras), Belarus (it’s not entirely clear why—other mapping companies have photographed street views), Moldova, Bosnia and Herzegovina, Cyprus and any part of Russia not near the Trans-Siberian Highway. Surprisingly covered: Kyrgyzstan! Good job, Kyrgyzstan. We look forward to virtually browsing your streets while your citizens collect walnuts in the forest for five weeks straight.

In This Kyrgyzstan Forest, Walnuts are a Way of Life