Some districts in Tokyo make you feel like you’re stepping into an Edo-period film. Charming Shibamata is one of them.

When foreigners think of Tokyo, they tend to think hypermodern: skyscrapers and automation, flashing neon, giant screens, and anime characters brought to life. But it’s also a city where you can travel without a time machine 50 years into the past. There are hidden districts in the city where it feels like stepping into an Edo-period film. My favourite shitamachi (or old town) is Shibamata.

I ventured up there on a warm summer day, through the centre of the city, beyond Tokyo Skytree, on an increasingly smaller series of trains, to a world of fields and open spaces bisected by the Edo River’s gentle flow.

I hadn’t told anyone I was going, but I was greeted outside the station by a local celebrity — or rather, a statue of Shibamata’s most famous fictional resident. 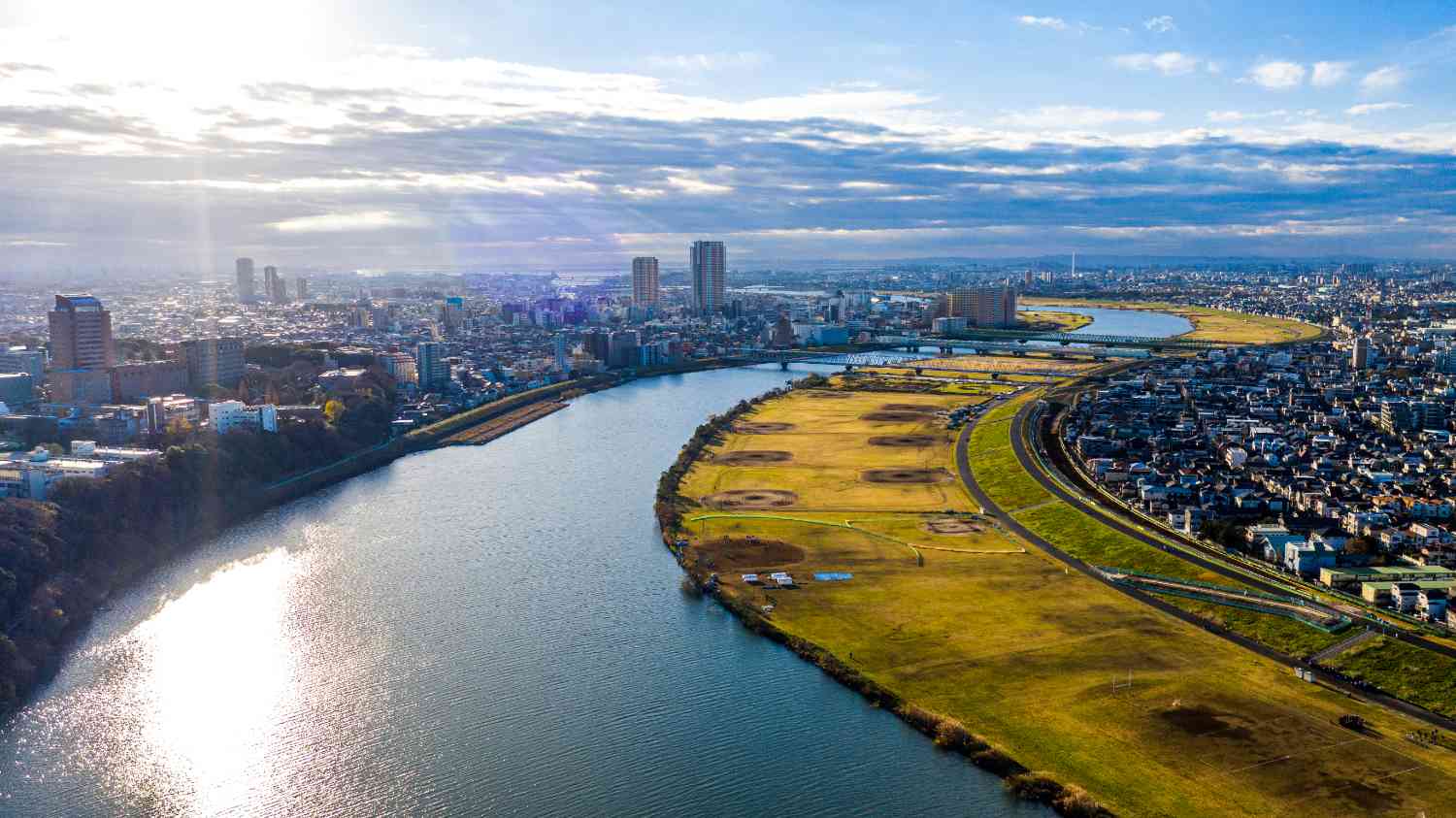 Shibamata, an old town in Tokyo that is sliced by the Edo River. (©[email protected]/PIXTA)

The town was the setting for the longest movie series ever made. A total of 48 films were shot here over 26 years, beginning with 1969’s Otoko wa tsurai yo (“It’s Tough Being a Man”), and they made the loveable Tora-san a household name. He’s a cross between a vagabond and a traveling salesman. A bumbling bumpkin with a big mouth and a kind heart, he never fails to put his foot in it, but somehow things always turn out alright.

Tora-san travelled around Japan on his adventures, but he always returned to his aunt and uncle and his beloved little sister in Shibamata, his hometown.

Walking past the Tora-san statue to Taishakuten Sando — the district’s main shopping street — feels like falling into one of the films. I hope you brought your appetite with you, because this Edo-era avenue is lined with wooden shops and food stalls. 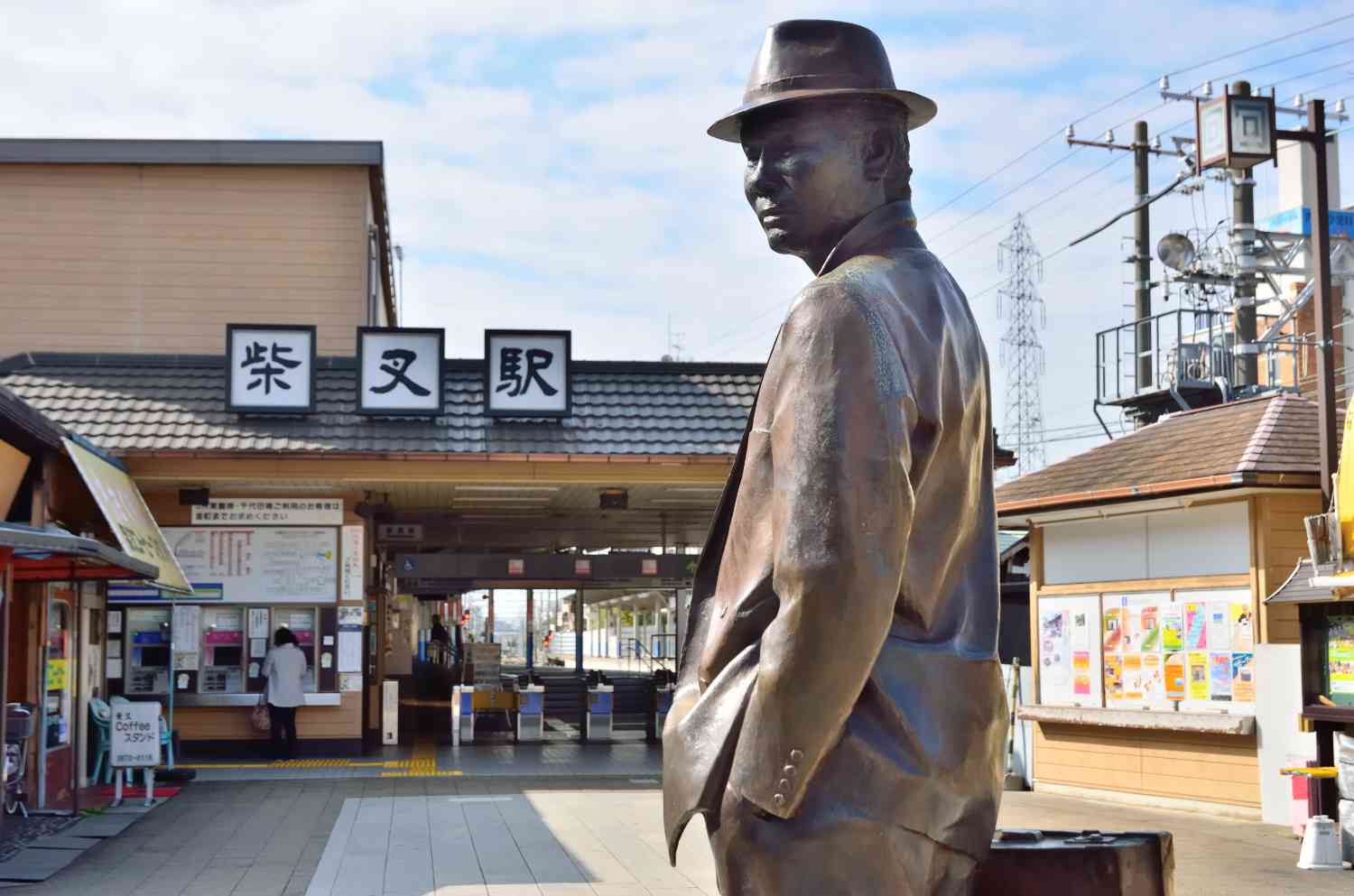 A tribute to the district’s treasured character, Tora-san. (©cap10hk/PIXTA)

You really must try that last one. Dango are round balls of mochi — sticky rice cakes — but in Shibamata they’re made with kusa, Japanese mugwort, a bitter herb that once grew in the area. Kusa-dango are normally served with anko (red bean paste) to tame the bitterness and make them sweet. Halfway down the street, you’ll find candy masters chopping traditional taffy by hand with knives, as they’ve been doing at Matsuya no Ame since 1868. 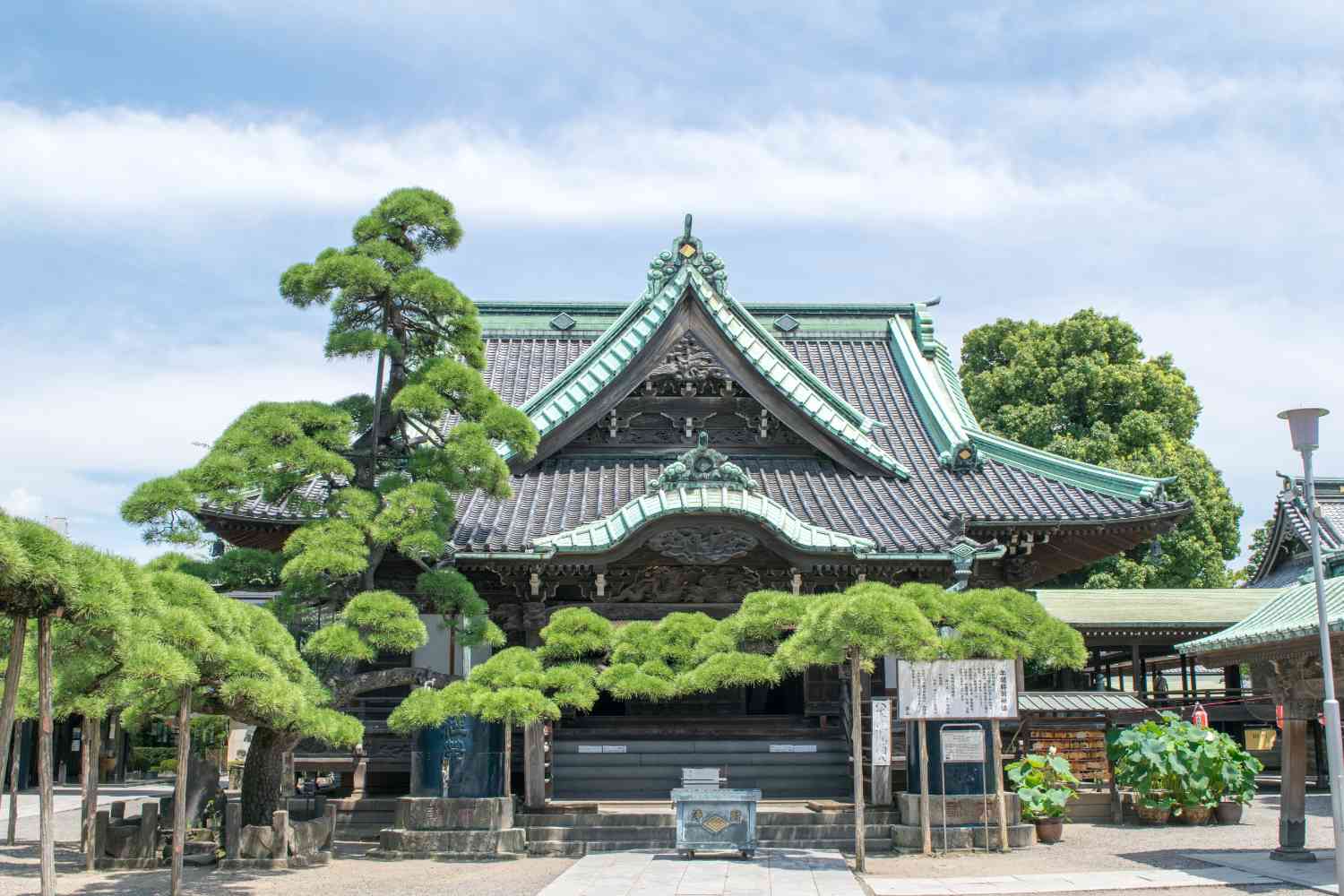 It’s impossible to miss. Just listen for the rhythmic sound of knives on wood. That beat has historical significance: it’s listed in Nihon no Otofukei Hyakusen (“100 selections of soundscape in Japan”).

My favourite stop is Shibamata Hi-kara Yokocho, where you can fill a basket with old-style Japanese snacks, including treats from the 1970s and 1980s that you may have thought vanished years ago. Dried squid or fish-flavoured crackers aren’t your thing? I also found beer-flavoured candies, and drops that taste like ramen noodles. Pair them up and you’ve got a complete meal. 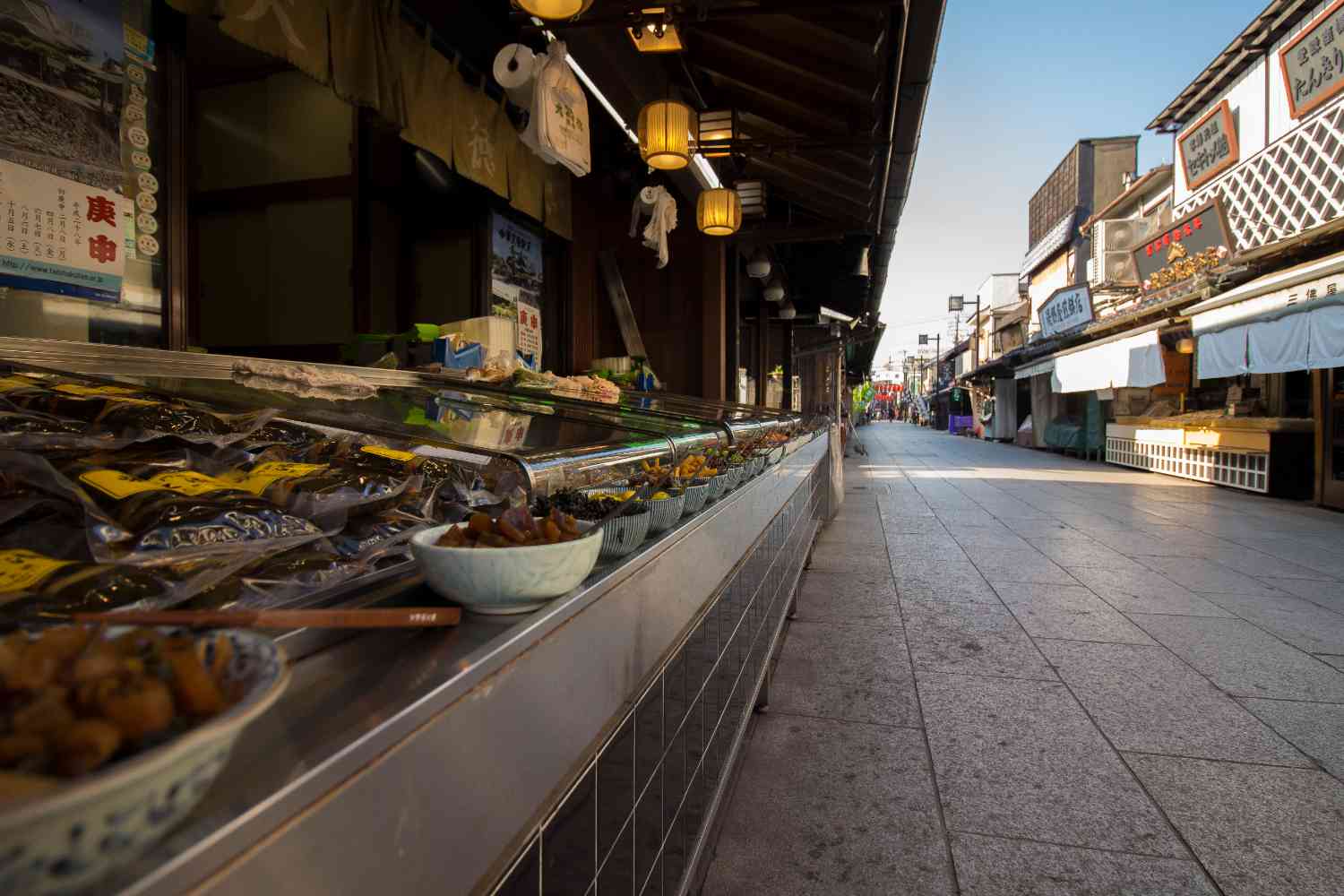 After you’ve fortified yourself with a snack, walk all the way to the end of the street. Pass beneath the large wooden Nitenmon Gate and step inside the temple grounds. Taishakuten is a Buddhist temple of the Nichiren school. You’ll want to pay the small entry fee to go inside the main building and onto the raised walkway for a closer look. The entire building is embossed with elaborate carvings depicting scenes from the Lotus Sutra, created between 1922 and 1934.

Take a stroll through the temple garden when you’re finished, then walk back down Taishakuten Sando and look for a place that sells Shibamata’s other specialty: unaju (grilled river eel over rice, served in a lacquered box).

I took my unaju down to the grassy banks of the Edo River, where Tora-san used to catch a wooden ferry as he set off on another adventure. It’s a beautiful place to sit and eat, with glimpses of bustling Tokyo on the horizon.

The Edo River empties into Tokyo Bay, and was one of the city’s main arteries, along with the Sumidagawa, Arakawa, and Tamagawa Rivers.

My visit to Shibamata left me wanting to know more about life in riverside Tokyo, when these vital arteries transported goods and people and provided a focal point for urban life. I caught a train back into central Tokyo to visit the new Sumida Hokusai Museum in Ryogoku, where a permanent gallery of woodblock prints by the legendary master preserves a glimpse of life along the Sumida River in Tokyo’s distant past.

Hokusai (1760-1849) was an Edo-period ukiyo-e painter and printmaker, best known in the West for his depiction of “The Great Wave Off Kanagawa,” and the series it was a part of, “Thirty-Six Views of Mount Fuji.” But it was his illustrations of daily life, common trades, and household objects that fascinate me.

Hokusai’s work spread to Europe at the height of Japonisme, the late 19th-century craze for Japanese art, where he influenced Art Nouveau in Germany and the Impressionists in France. Those “Hokusai Manga” (random drawings) also planted the seeds for the modern story-based manga comics that today are one of Japan’s chief cultural exports.

You can compare Edo-era woodblock prints with today’s manga — and bring yourself back to the present — at the Maruzen bookshop near Tokyo station. They’ve also got an excellent selection of English books, including translations of Japan’s most important contemporary and classical authors. ♦