Travel Photography Tips: To 30 Seconds and Beyond

Many of us are used to cameras that do everything for you—and it’s true that “automatic mode” makes everything simple. But a good photographer never shoots in auto mode: good photography is about knowing how to control the camera, evaluate the light, compose the shot, and generally get the best of the whole situation—or the worst of it, which doesn’t always mean a bad photo—in order to create something that goes beyond a simple click.

Using a technique known as long exposure, you can freeze movement in a way that can almost make a photo look like a painting. How? By slowing down the shutter speed—drastically!—right to 30 seconds and beyond. (Shutter speed controls how long the light entering your camera hits the sensor.) This allows you to transform, for example, the flow of water in a river or waterfall into something that resembles a veil of white smoke, even while other elements in your photo remain sharp and still. Suddenly, that photo of flowing water becomes almost animated, permeated by a kind of magic, that will definitely do the trick when hanging on your wall!

Long exposure requires a tripod—I know, what a drag; but trust me, it’s worth it! Once you find what you want to photograph, place your camera on a tripod and compose your shot. For a great long exposure image, you basically need two elements. The first has to be a perfectly still object; the second has to be a moving one.

There can be several still objects and several moving objects—but the point is if everything in the shot is still, and nothing is moving, there isn’t much need for a long exposure. It’s the contrast, and how the camera captures the movement, that creates the painting-like effect. Check out some of the sample shots here: I have included the f-stop and shutter speeds I used for a few photos to give you some guidelines on how to use the technique of long exposure.

Depending on the light and on other environmental elements, you may want to aim for a higher f-stop (which, as you know, means a smaller aperture opening). This helps reduce the amount of light flowing into the camera, forcing you to compensate by slowing down the shutter speed, which allows the camera to capture more movement, making the image spectacular.

Obviously, this isn’t a hard and fast rule. Having your shutter open for a longer period of time doesn’t necessarily translate into a better image; in fact, if the exposure is excessively long, there could be a loss of detail in places where there’s more light and washed out areas where it’s darker. Long exposure is about creating sharp images: to do so, you have to find the balance (the best setting using f-stop and shutter speed) where the blacks are deep and the lights are preserving all the details. 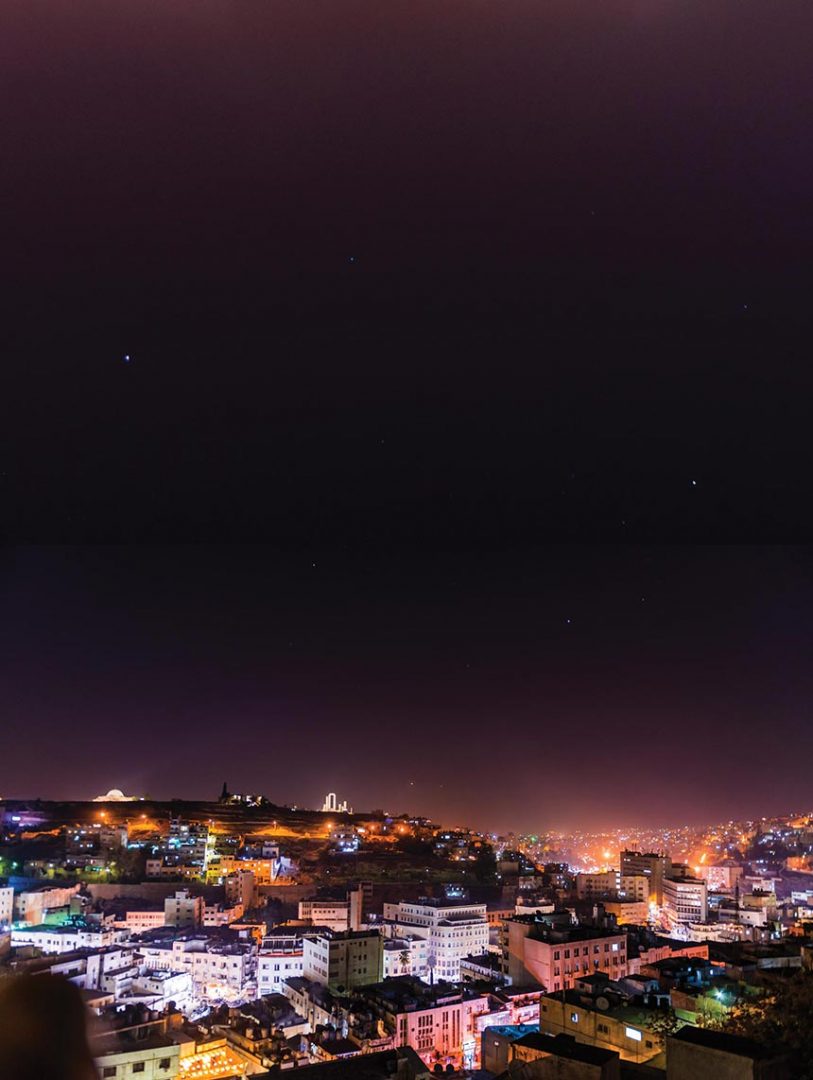 One outcome I encourage you to experiment with is using a very slow shutter speed, past 30 seconds and beyond. Put your camera in manual mode and select “bulb” if your camera has that option. Bulb allows you to keep the shutter open for as long as you want—past 30 seconds, typically the longest it can stay open without bulb mode in play. In other words, you will have complete control over the shutter speed—from 31 seconds to as long as your camera battery has juice! In bulb, it’s best to use an external trigger to release the shutter button, which helps avoid camera shake.

Long exposure can be used for many effects, and even though the most common is to capture movement in photos, it can also be used to shoot night landscapes, and to make them more interesting, brighter and colourful. 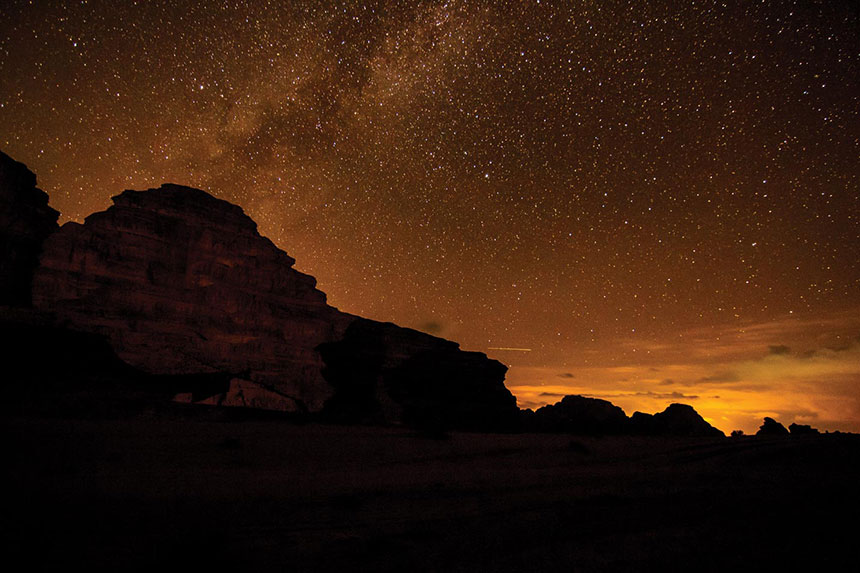 My advice: don’t be shy about trying the technique, and don’t be disappointed if it doesn’t come easy. It takes time and a lot of patience to get it right—and remember, every failed shot brings you closer to a perfect one.

This is the same waterfall shot with different exposures. The top photo has a high ISO, wide aperture and fast shutter speed (400) that freezes every drop, making everything crystal clear. The bottom photo, which looks pastoral, has been shot with long exposure—by setting the camera to a four-second shutter speed. But at this speed light will flood the camera’s sensor and blanch out the photo—to counter this you need to reduce the aperture and lower the ISO. The still objects in the scene will be captured as they are, but moving objects like water will take on a pastoral or a funky look, as it does here. 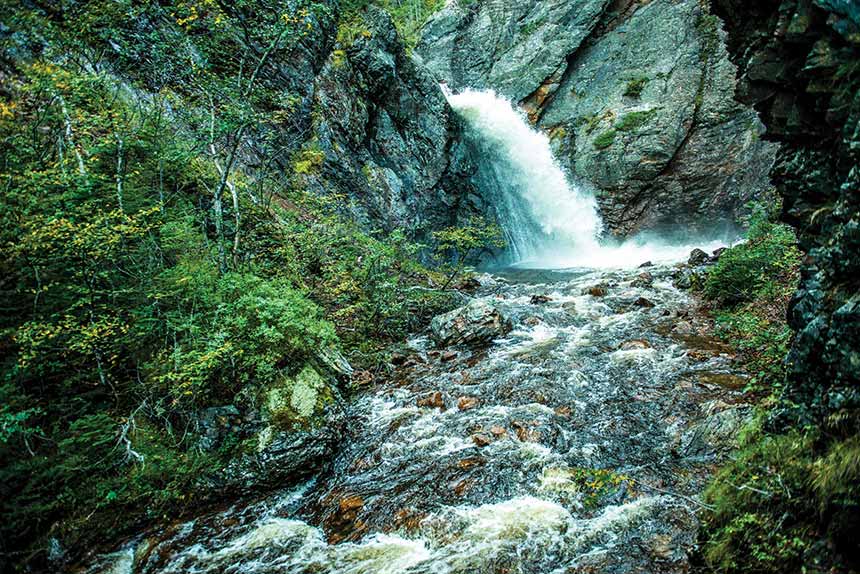 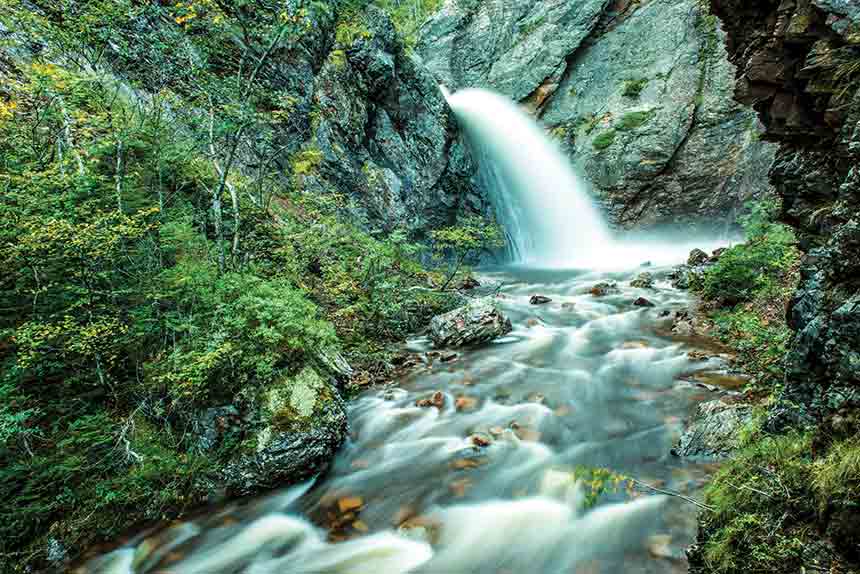 It’s 4:25 a.m. on a cold 19th of December in Dundas Square in the heart of Toronto. I am freezing, standing here waiting for my shutter to close. Cars are passing by very close and leaving a stream of light on my camera’s sensor. It took me several shots to get the one you see here. The thing I like about this photo is that the street itself seems deserted, but it isn’t. Can you guess what’s missing? 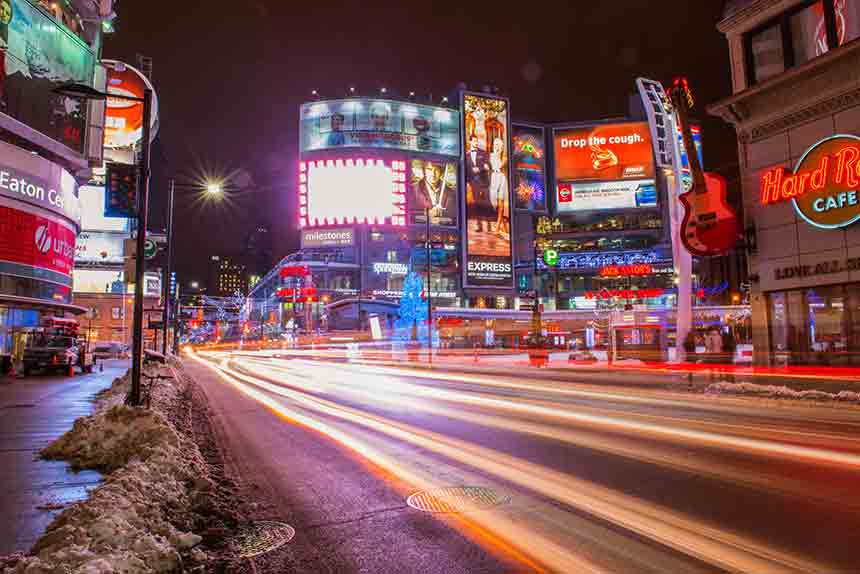 Dundas Square captured at night; I shot this using a 20 second (20″) shutter speed.

Ready To Take It To The Next Level?

Gear up: yes, you need a good tripod! The best are the new versions that are easily adjusted to the craziest positions, ones that let your camera hang centimetres from the ground, or with arms that hang way out from the centre of the tripod so you can take amazing shots while your camera’s straddling a bridge! This feature makes taking photos much more enjoyable.

For extreme long exposure shots, there is no way to calculate the amount of light that is going to reach your sensor. Your TTL (Through-The-Lens metering guide) isn’t applicable when using long exposure, and it’ll take practice to learn how to use it. This can help avoid a completely bleached-out white box that will be your photo!

Avoid high ISO, because the amount of camera noise at a high ISO makes your image less spectacular; it loses its sharpness. Another downside of high ISO is that the whites in the photo will lose their details. And it’s in the beauty of sharpness, deep blacks and detailed whites where your best shot lies!

Be creative: you can use a flashlight or a flash to add light to an object that is closer to the camera (a flash has limited range) and to make it stand out from the background.