The possibilities of literary travel are as endless as the library shelves.

The possibilities of literary travel are as endless as the library shelves. You can chase down significant sites in the life of your favourite author, soak up the landscape that shaped his or her imagination, or visit a 3D world of characters brought to life.

Be warned: it does take a lot of research to prepare for such a journey. But compiling the clues and turning them into maps can be just as rewarding as the trip itself. Here are my top 10 literary journeys of a lifetime (or at least, my lifetime!)—most of which I’ve done, a couple I dream of doing.

Search for Lawrence Durrell in the South of France

Lawrence Durrell was a British novelist, poet and travel writer with a painter’s eye for landscape. Best known for The Alexandria Quartet, he lived the last two decades of his life in a village called Sommières, in the Languedoc region of France, just to the west of Nimes. During that time he also wrote a novel sequence – The Avignon Quintet – set in nearby Provence. Many of those locations still exist, and tracking them down is a fascinating exercise in literary detective work.

Rent a car and get yourself a copy of The Mediterranean Shore: Travels in Lawrence Durrell Country by the painter Paul Hogarth. And set a course for the Pont du Garde, The Camargue, Avignon and Sommieres. You’ll see this region in a fresh and interesting way through Durrell’s eyes.

In the 1920’s and 30’s, Paris was the romantic haunt of up and coming American writers who wanted a taste of wine-fuelled decadence. None were linked to the city as closely as Henry Miller. Sure, the Place Pigalle and Moulin Rouge have become a watered down tourist version of the edgy city that Miller knew. But you can still get a feel for the streets he walked. And walking those streets with a copy of Tropic of Cancer is a literary time machine experience.

While in Paris, you should also pop back a decade to immerse yourself in the Lost Generation, as you seek the beginnings of Ernest Hemingway, F. Scott Fitzgerald and Gertrude Stein. Sites include the Shakespeare and Co. bookshop, Harry’s New York Bar, La Coupole and the cafe Les Deux Magots.

Beat Generation novelist Jack Kerouac painted scenes of his hometown in several of his books. Visions of Gerard, Maggie Cassidy, Dr. Sax and Vanity of Duluoz are entirely set in Lowell, MA. Kerouac’s life and his fiction intersect in those cracked mill town streets, until you have trouble remembering which is which.

You expect to see him duck out of the tenement at 136 University Ave for an evening stroll to the smoke filled saloon of the Pawtucketville Social Club. When the breeze dies down you can still hear the maniacal cackle of Dr. Sax bouncing around the grotto behind the Franco-American school. And the tracks of recent pilgrims can also be found at Jack’s gravestone in Edson Cemetery, strewn with offerings of long-dead roses, pens and soggy cigarettes.

I love Haruki Murakami’s writing style, his well chosen references to music or drink, and the sense of nostalgia that pervades all his work. His novels also remind me of the years I spent living in Japan. He gets those small details exactly right, and he’s brilliant at capturing the weird dislocation of life in Tokyo. You’ll see a different side of Japan if you pick up a couple of Murakami’s novels and set out to explore Tokyo at night. Visit a dark jazz bar in neon Shinjuku.

Drop into your very own Hard-Boiled Wonderland at Aoyama Itchome subway station. Rent a small flat in Setagaya to explore the atmosphere of the Wind-Up Bird Chronicle. And look for lost cats in Nakano Ward just like a character from Kafka on the Shore. 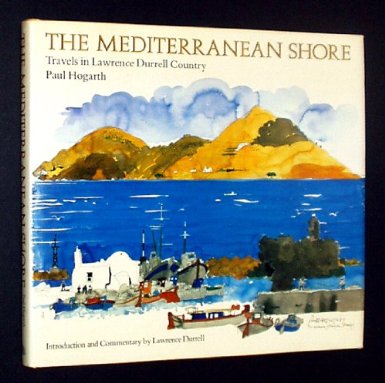 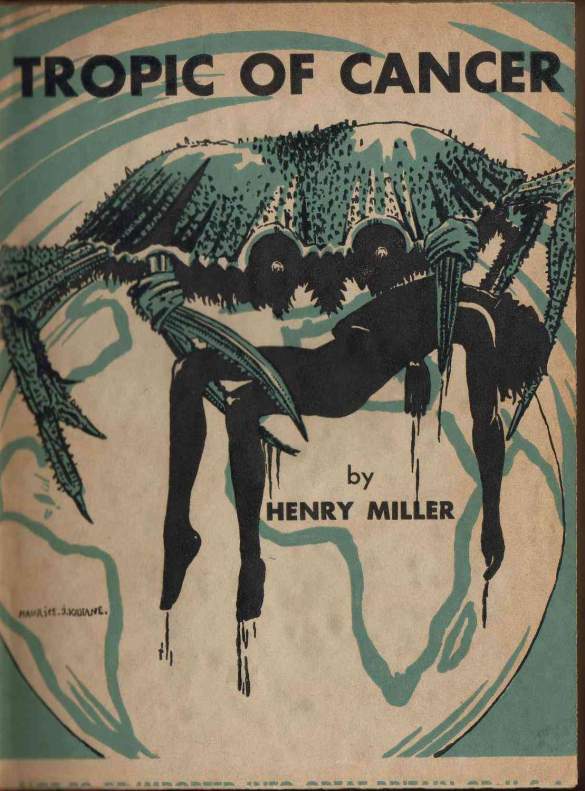 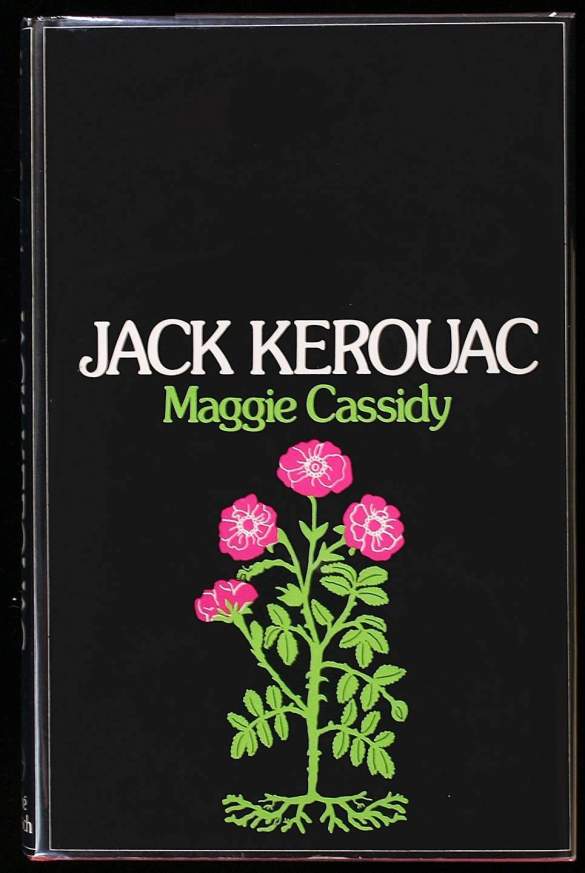 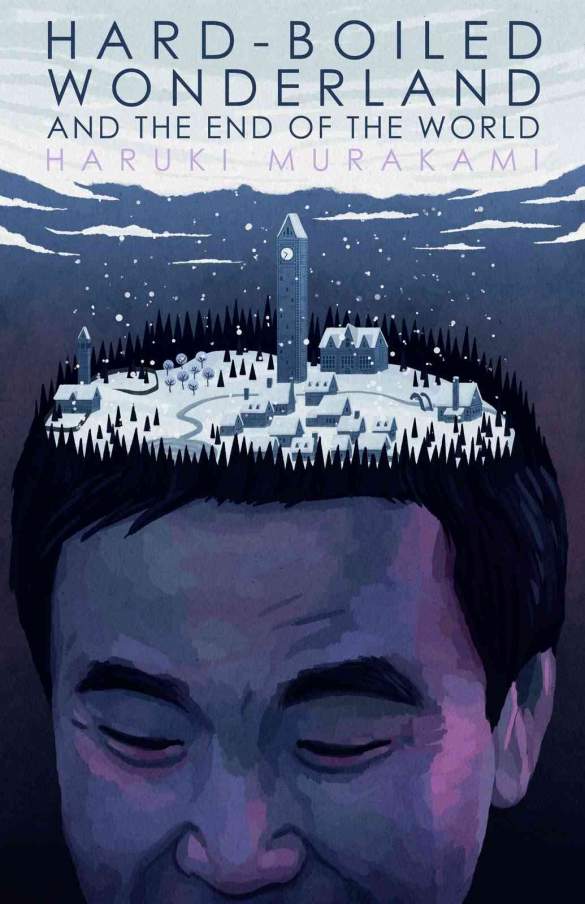 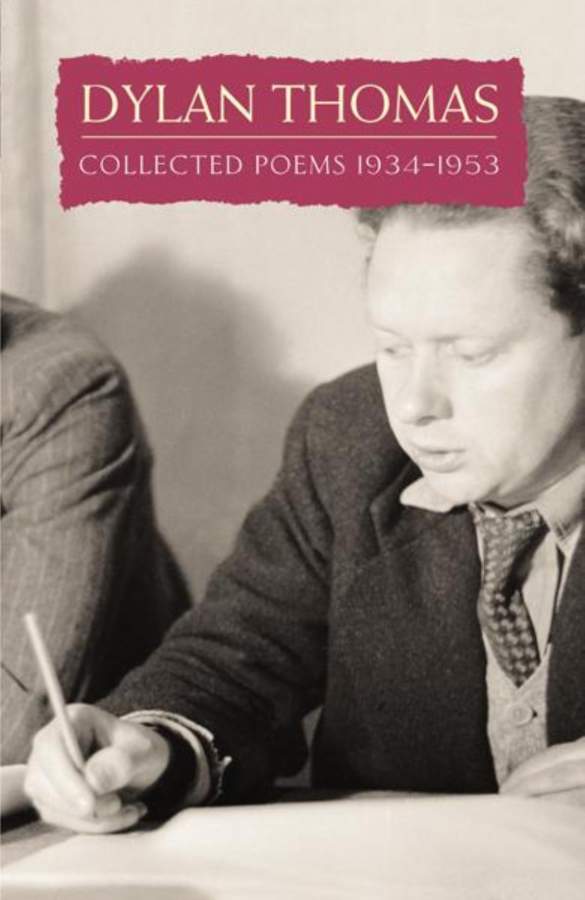 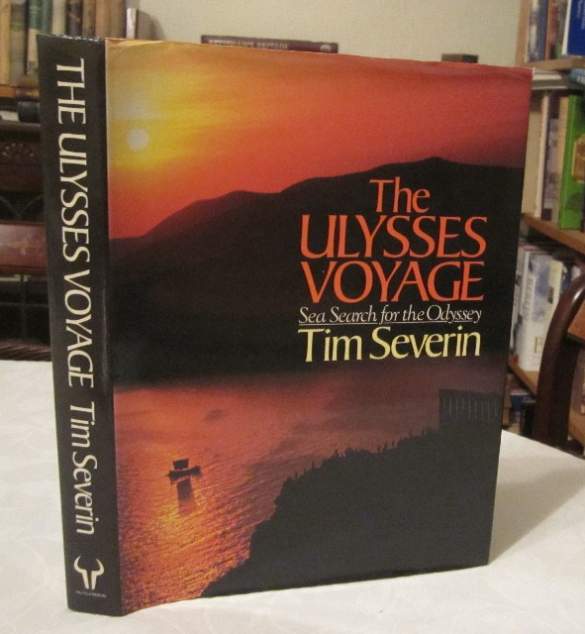 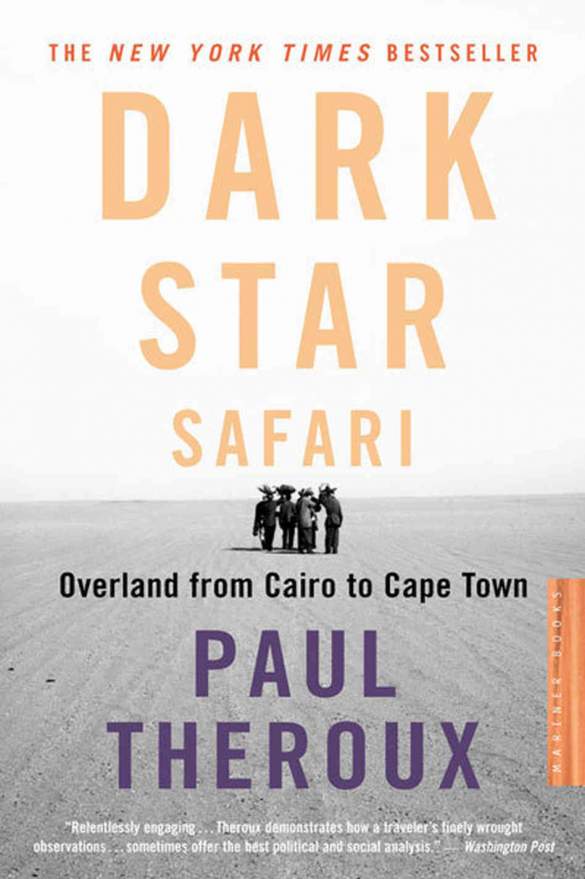 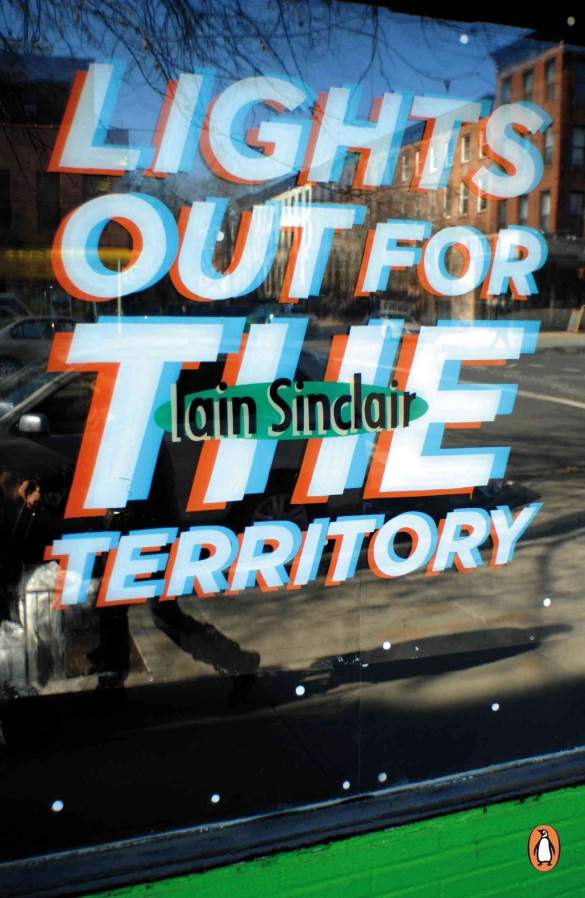 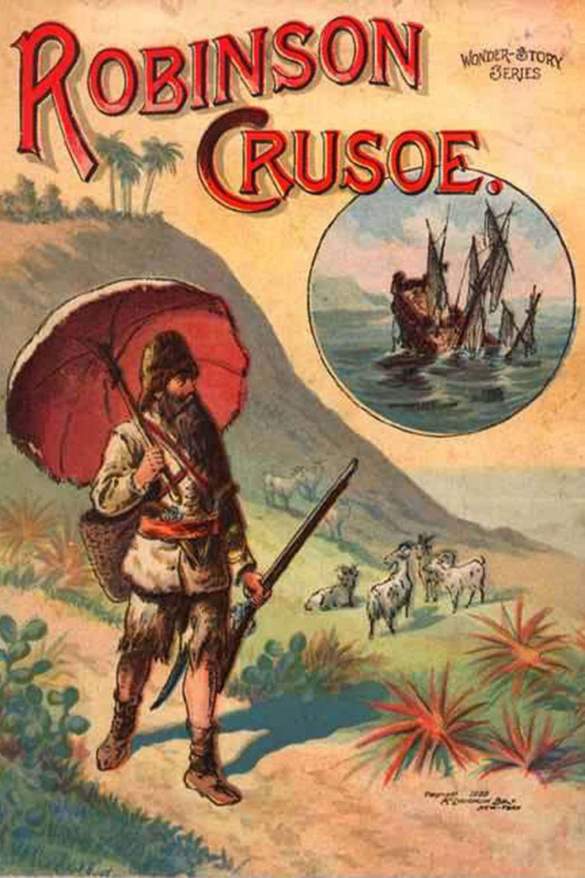 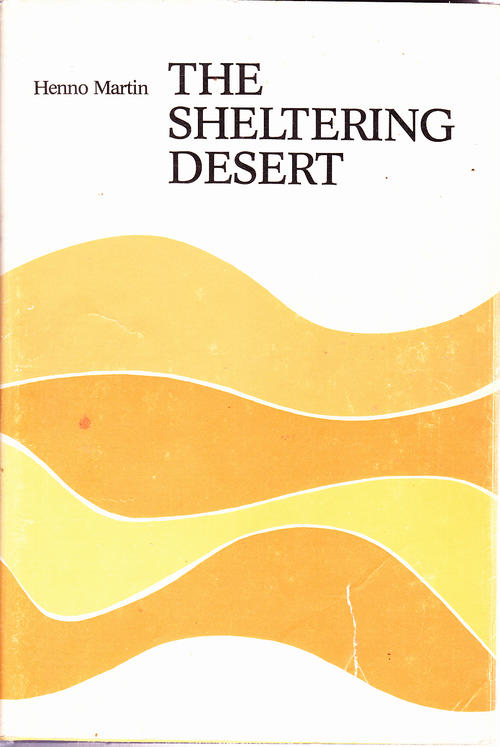 Dylan Thomas has always been a monumental figure. He was also a poet whose facade of unruly drunkenness could overshadow the importance and originality of his work. So much of his life was shrouded in “official myth” that it can be difficult to see the person behind it. You can get a glimpse of the man behind the verses by visiting several key sites in Wales.

At the top of your list is the house at 5 Cwmdonkin Drive, Swansea where Dylan spent the first 23 years of his life, and where he wrote two thirds of his published work. Then drive to Laugharne to visit the Boathouse where he lived with his wife Caitlin, the bar at Brown’s hotel where he loved to raise a pint, and the poet’s simple grave at St. Martin’s Church.

Sail Away on Your Very Own Odyssey

Homer’s Odyssey is literature’s greatest traveller’s tale. The poem tells the story of the crafty general Odysseus and his journey back to Ithaca after the Trojan War. According to the book it took him 10 years to get home—though 7 of those years were spent indulging every possible island vice with the nymph Calypso, so he can be forgiven for taking the roundabout route… It’s a gripping adventure filled with angry gods, brazen nymphs, Cyclops and shipwrecks.

You’re going to need a sailboat to recreate this one. That and a copy of The Ulysses Voyage by Tim Severin, which charts out the real-life locations from Homer’s poem by using The Odyssey as sailing directions. Go to Greece and hire a bareboat charter. Then weigh anchor and sail the crystalline waters of the Aegean just like our mythical hero.

The overland route from Cairo to Cape Town is the quintessential African journey. Your literary guide to this epic route is Paul Theroux’s Dark Star Safari. But you don’t have to cling to the top of a truck through the deserts of Sudan, or take a cargo boat across Lake Victoria like Theroux did.

And that’s the beauty of this vast continent-long overland trip. You’ll encounter a variety of landscapes and cultures and people, and each traveller will interact with them in a different and entirely personal way. Drive it yourself in a kitted-out Land Cruiser, or cycle under your own steam. Go by local bus, or sign up with an overland tourist company. The journey can take as little as 16 weeks, or it can last as long as forever.

Journey to the Underworld of Iain Sinclair’s London

When it comes to charting literary journeys, London is a tough city to pin down. There’s just so much to choose from. Do you start at 221B Baker Street and explore the haunts of Sherlock Holmes? Will Dickens be your draw? Or will you go James Bond modern?

I chose the London of Iain Sinclair: a dark city replete with obscure stories, mysterious symbols locked in architectural stone, and faded boundaries both ancient and modern. Pick up a copy of Lights Out for the Territory: 9 Excursions in the Secret History of London and lace up your shoes. Sinclair describes his psychogeographical approach to the city in terms of “the walk as a narrative, as a moving film made from static images.” And his London needs to be explored on foot.

Strand Yourself on the Juan Fernandez Islands

There are worse places to be stranded than this obscure chain of islands 670 kilometres off the coast of Chile. The only reason they’re known at all is because of Daniel Defoe’s classic novel of survival: Robinson Crusoe.

The story was inspired by real-life sailor Alexander Selkirk, who was dumped on the uninhabited Juan Fernandez Islands in 1704. He was finally picked up in 1709 by a privateering ship piloted by William Dampier that called there for provisions. And Selkirk’s fame quickly spread. Modern day visitors to the islands will even find a bronze tablet at a spot called Selkirk’s Lookout on Más a Tierra (later named Robinson Crusoe Island). This is a very remote place, and one of the least visited parts of Chile. But what else would you expect, given its literary heritage?

Hike the Deserts of Namibia with a Book

The Sheltering Desert is the story of two German geologists who fled into the Namib Desert to escape internment at the start of World War Two. They survived out there for two and a half years. They learned to hunt and find water, to build shelter and make tools. And one of them, Henno Martin, wrote a book filled with astute observations about the human psyche, and what it means to be “primitive.”

Rent yourself a 4×4 and pack your camping gear. Route C26 will take you from the Namibian capital of Windhoek to Kuiseb Canyon. Lace up your boots, grab some water and a snack, and hike down into the landscape that came to life in this wonderful book. You can even find one of the shelters that Martin and his comrades lived in.