It’s common to get jealous of friends who are living it up on the road when you’re trapped at home—especially in the era of curated social media lives, where we see all the good and we’re shielded from the bad.

Sometimes their adventures fill you with pure green envy. And sometimes they motivate you to save your cash and buy a ticket.  But travel jealousy goes the other way, too. Sometimes those feelings are directed at you. This manifestation is much sneakier, because it’s disguised as concern for your well-being, or “practical advice” about the impracticality of your hopes and dreams. And the worst part is, it often comes from those who are closest to you.

You’ll know these people by the things they say. A lot of their comments are meant to discourage you from making a big leap:

“Why would you go there? It’s not safe.”

“Why can’t you just wake up and get a real job?”

“Must be nice not to have any responsibilities.”

“Why would you want to travel alone? That’s pretty weird.”

One of the most puzzling statements I’ve ever heard was from a friend who said, “Every time I hear about someone leaving Canada, I think, is Canada not good enough for you?” As though choosing to live somewhere else meant a rejection of my hometown or the country I come from.

V.S. Naipaul wrote in A Bend in the River, “A departure can feel like a desertion, a judgment on the place and the people left behind.”

That statement never occurred to me, because I’ve always travelled in search of opportunities or experiences or growth, not to get away from something. Some of those growth experiences can be found back home, but some can only be found in other places. And there’s nothing wrong with either path.

So how should you deal with these dark clouds?

There are two common threads to the comments of naysayers: jealousy and fear. The first one is obvious, but it’s connected to the second. And in most cases, it is probably reducible to it. 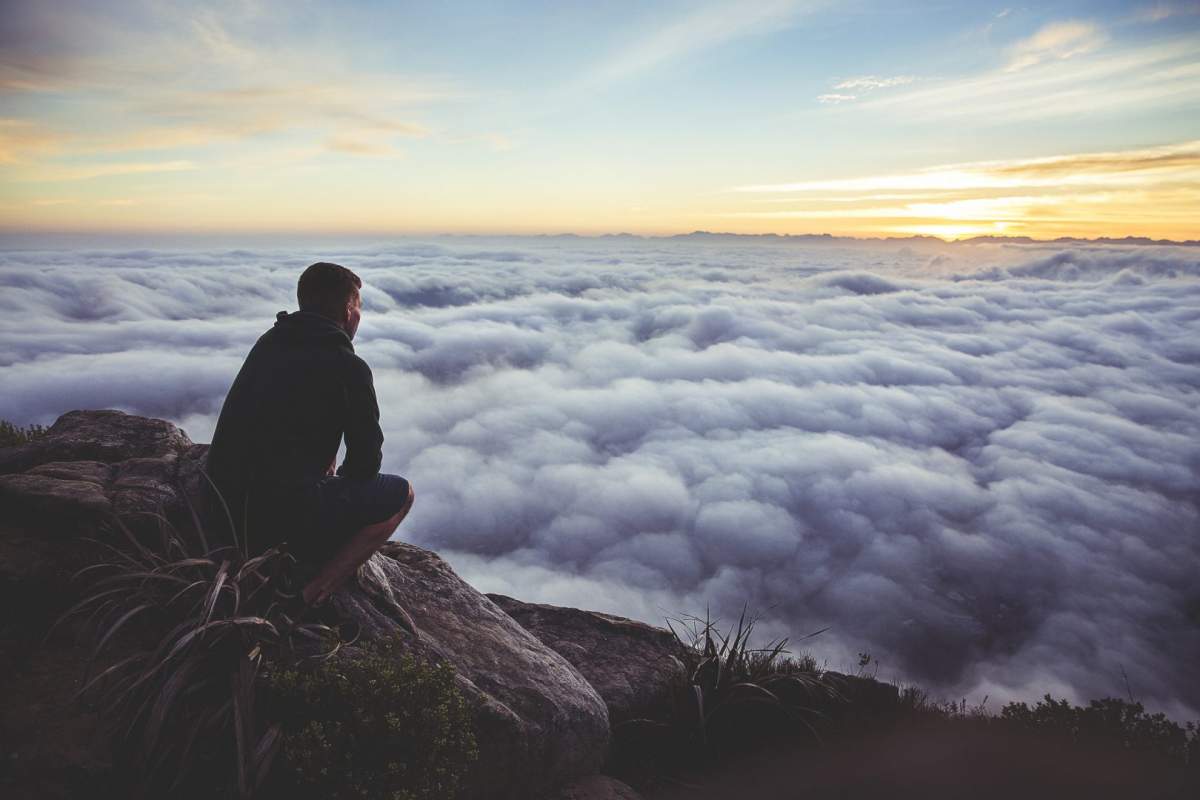 The jealousy question has always puzzled me, because I don’t feel envy when someone tells me about their travels. I feel curiosity. And I take out my pencil and notebook and see what I can learn from them. I eventually figured out the people who were most jealous of my travels or lifestyle were those who were too afraid to go themselves.

Maybe these people are scared of the unknown. Maybe they’re afraid to feel foolish, or afraid to get lost or afraid they might fail. Or maybe they’re afraid of the sacrifices involved. It’s difficult to admit that we’re afraid, and so we often turn fear into anger instead. This comes out in the form of “must be nice” statements. You know the ones…

“Must be nice to travel so much! But you don’t have kids.”

That’s right. I chose not to, because that wasn’t my dream. But I know lots of expats and travellers who do have kids, and who take their kids along. There’s nothing impossible about it.

“Must be nice to just pick up and go, but I have all these responsibilities.”

So do I. Mine are just different. In a country where we have no friends or family, we’re entirely responsible for looking after ourselves. There’s no one to bail us out if it all goes wrong. No one to check the mail when we’re away, or to pick something up for us if we get sick. I have to sort things like that out for myself. And as far as work goes, even when I’m travelling I still have to meet story deadlines and work on my internet business. Those things don’t go away. You just learn to fit them into a different structure.

So don’t let those critics get you down. They’re wrapped up in their own fears and dramas, and they’re projecting them onto you.

When you find yourself getting discouraged by the naysayers, sit down and think about the sacrifices you made to get there. Because choosing the Expat Life—or a life of travel in general—is a conscious choice. And in choosing that, you’re also not choosing a lot of other things.

I put up with a lot of terrible jobs to save money for trips, because I knew two or three weeks vacation per year didn’t fit the dreams I had in mind, no matter how much that job paid. I could only learn the things I needed to learn on much longer journeys. And I was too honest to pretend to be committed to a company, only to take a good salary and bail at the first cool opportunity.

Sure, that path was frustrating. I hated never having any money. And years later, I decided that low salaries wouldn’t get me the experiences I needed either, so I set about creating an internet business that would. But it was a burning of bridges, too, because in making those choices, I knew I would never be able to go back to the nine to five world. I’ve made myself unemployable, and no one back there will hire me.

I’ve also never owned a house, although I’ve rented quite a few cool places. I may or may not settle down in one place when I reach the end of my road. But until then, I choose to spend my money on books and air tickets and experiences instead.

Sure, in those early days, I sometimes felt bad about myself when I saw my friends with big new houses and new cars, while I just dragged myself from one low paying struggle to the next. And you might be feeling that way, too.

But you know what?

I never valued those material things nearly as much as I valued the feeling of climbing a hill and watching the sun sink over the Gobi desert and knowing that, apart from that one tiny settlement whose lights I could see in the distance, there wasn’t another person around for hundreds of miles.

Travelling RTW: How to Pack

Tips for Travelling During a Financial Crisis