In California, wildfires in the winter are not normal. But this year, amid what should be the state’s wet season, blazes burning across southern California have destroyed more than 1,000 structures; forced hundreds of thousands from their homes; and given us the apocalyptic images of flames towering above the state’s iconic freeways as a show-stopping image of climate change in 2017.

But this was only an unseasonal finale to a distressing year, one where climate change showed us a dying Great Barrier Reef, a Yukon river that’s no longer flowing and an ancient Mediterranean City sinking into the sea. It brought us the taste of declining coffee crops and the smell of massive swaths of Pacific Northwest forests reduced to smouldering coals.

Week after week, it seemed to ask us: What are you going to do about it? 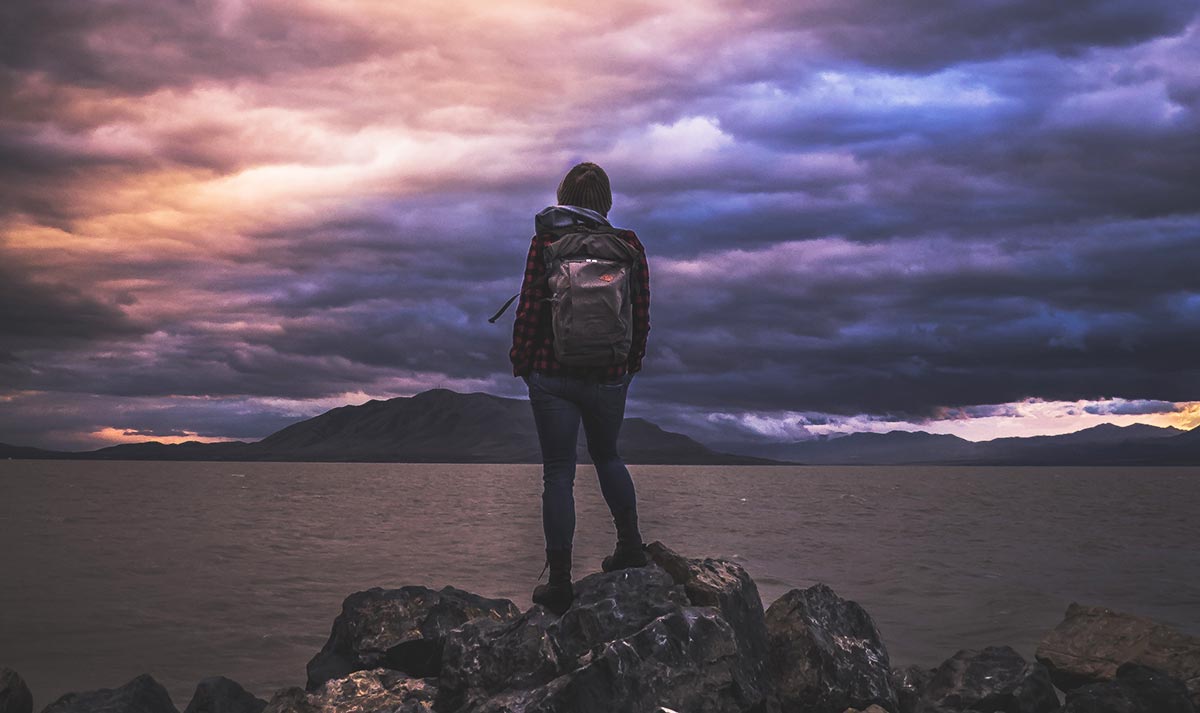 Most of our answers have been, “Not much.” Since you’re reading Outpost, there’s a good chance you’re either getting back from, preparing for or just simply dreaming of a trip that’s involving planes, trains and automobiles. And until solar power can get planes in the sky, that means—like me—you probably have an enormous carbon footprint.

It’s not easy to hear, or admit, but those of us with the resources to travel are burning up more carbon that we really should. And we’re doing it while people without those resources—who, by cruel coincidence, are usually from countries who bear the least responsibility for climate change—are facing the worst impacts of our warming world. It’s unfair.

But that doesn’t mean we should stop travelling. For me, travelling—whether to the Amazon and Arctic or just to the mountains near my house in Vancouver—is a big part of why I care about climate change. Had I never seen a receding glacier, or met people whose homes in the Pacific are disappearing because of climate change, or visited the physical devastation of an oil sands mine in Northern Alberta, I doubt I would hold the beliefs I do today.

For me, travel has led to relationships with people and places around the world that are at risk, and it’s those relationships that motivate me to action. To me, that’s an argument for more travel, not less, in the age of climate change.

But can that actually happen? Can our world handle more travel in the age of climate change?

Climate change is simply not a problem we can solve one person at a time. To stop it, we have to stop burning fossil fuels and leave coal, oil and gas in the ground, and doing that that requires political action. And unlike maybe any other problem in history, it requires a genuinely global political solution, with every nation on earth pulling their weight.

To tackle it, we no doubt need personal actions and individual awakenings. But it can’t end there. We need sweeping social and cultural changes, and that includes changing the culture of travel.

I suggest we begin by thinking about the world as filled with endangered spaces.

There was a time when our modern idea of “extinction” didn’t really exist. It’s why, shortly after arriving in the New World, European colonists hunted so many species to, or past, the point of extinction. In their minds, as Captain John Smith wrote in the early 1600s, there were inexhaustible stores of “diverse sorts of wild beasts as fat as we could eat them.”

Now, though, we don’t just understand extinction but have enacted laws to prevent it. Most of these can trace their roots to the 1960s, when the incipient environmental movement began a crusade to pass legislation protecting threatened species, a crusade that reached its zenith with the passage of the United States’ Endangered Species Act in 1973.

This work changed something fundamental in the global consciousness, introducing to popular opinion the idea that and entire species of animal could be wiped from the face of the earth, unless steps were taken to prevent it. And while this hasn’t been an all-encompassing solution to extinction, children around the globe understand the bumper sticker slogan that “Extinction is Forever,” and countless species have been pulled back from the brink of non-existence.

Today, we face a greater challenge. Thanks to climate change, it’s not just a single creature or plant that stands on that brink, but entire ecosystems, cultures and, in some cases, physical locations. It just so happens that those places that travellers and adventurers tend to value are also some of the most at risk, be it because of their wildness, their deep history or their unique cultures, born from the lands and waters around the places into which they developed. And though these places are not ours to save, likewise as visitors, they’re not ours to destroy.

Over the past few months I’ve written about a small section of how climate change is affecting some of the places I’ve loved most in my travels, both far and near. The threats have been, pardon the travel pun, all over the map.

But they all have one thing in common—we can act to help protect them.

After more than a decade split between exploration and climate activism, I only really know two things. First, that doing your part starts with acknowledging that you’re part of the problem, and recognizing that, if that’s true, you can also be part of the solution. And second, that the power of people is the only chance we have.

So next time you’re planning a trip, or thinking back on fond memories of a past adventure, ask yourself: What is climate change doing to that place? Seriously, just google it. As the world’s thermostat gets cranked up, there’s a good chance it’s endangered in one way or another. Then figure out how to get involved in the climate movement where you live and get to work.