Just a thousand miles from the heart of metropolitan Tokyo are two spectacular island chains accessible by ferry.

Who in their right mind goes scuba diving in Tokyo? You’re probably imagining someone swimming down a concrete sluiceway, or plunging into the dark oily waters of a harbour filled with cargo ships.

But Tokyo isn’t just one of the world’s largest cities. It’s also a prefecture which governs the mountain villages on its metropolitan fringes, and two tropical island chains. In fact, the Ogasawara — or Bonin — Islands, designated UNESCO World Heritage sites, might be Japan’s best-kept travel secret.

The older name “Bonin” comes from bunin, an archaic reading of the kanji for mujin (meaning “no people”). And that was the state of these remote islands when they were discovered by the Japanese in the 16th century.

The shogunate followed up with an expedition to inventory their tree and bird species in 1675, but any plans to develop them were abandoned due to their distance from the mainland. Today, only two of the 30 tropical and subtropical islands that make up the Ogasawara islands host permanent settlements.

This paradise of sapphire seas is nearly 1,000 kilometres from Tokyo, but they’re considered part of the city and are accessible by ferry.

Simply make a reservation in advance, online or in person at the ticket counter. You’ll find options to suit every budget, with six different classes, from an economy dorm with bedrolls on the floor, to private cabins with shower and toilet. Book your preferred passage, and settle in to enjoy the ride. 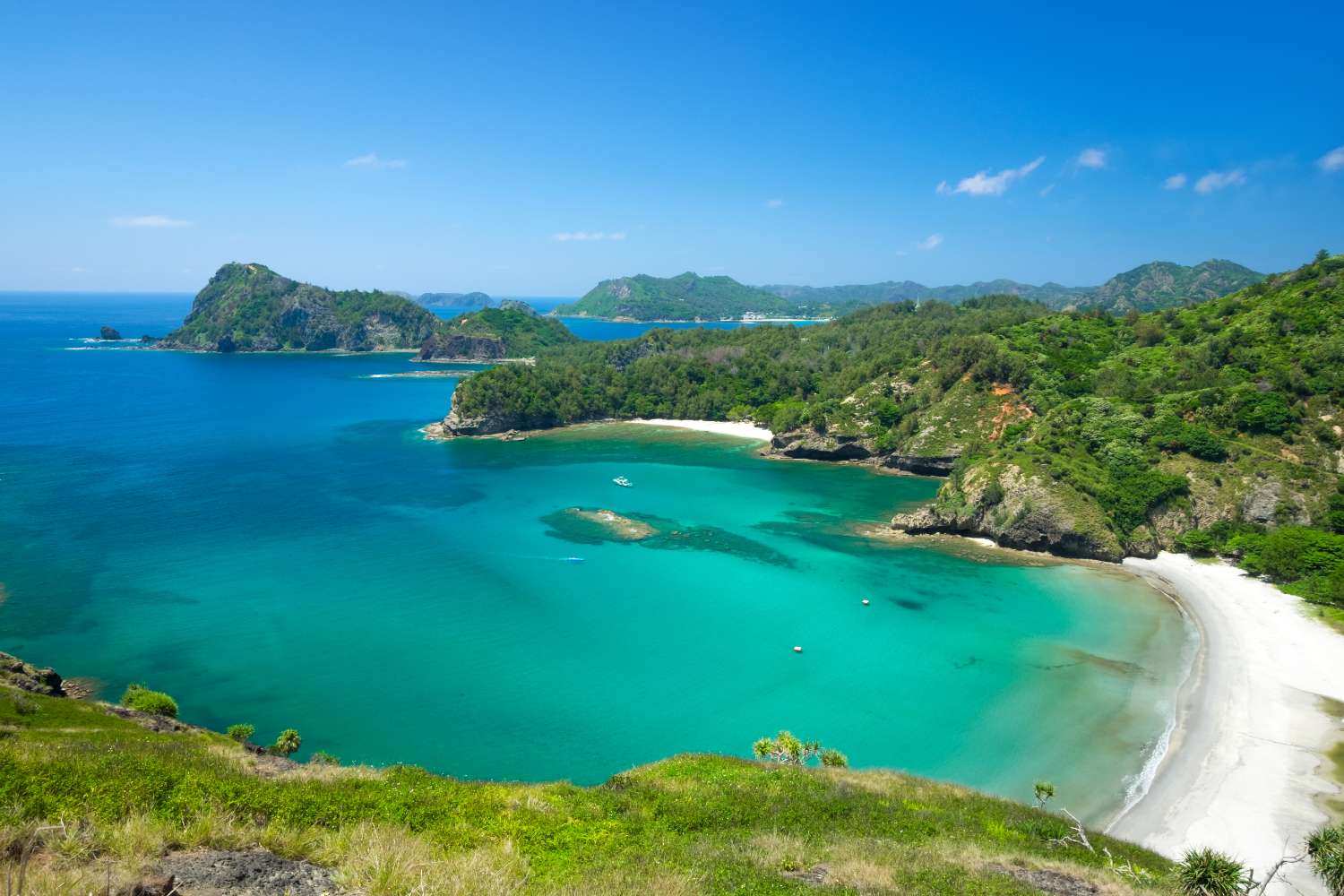 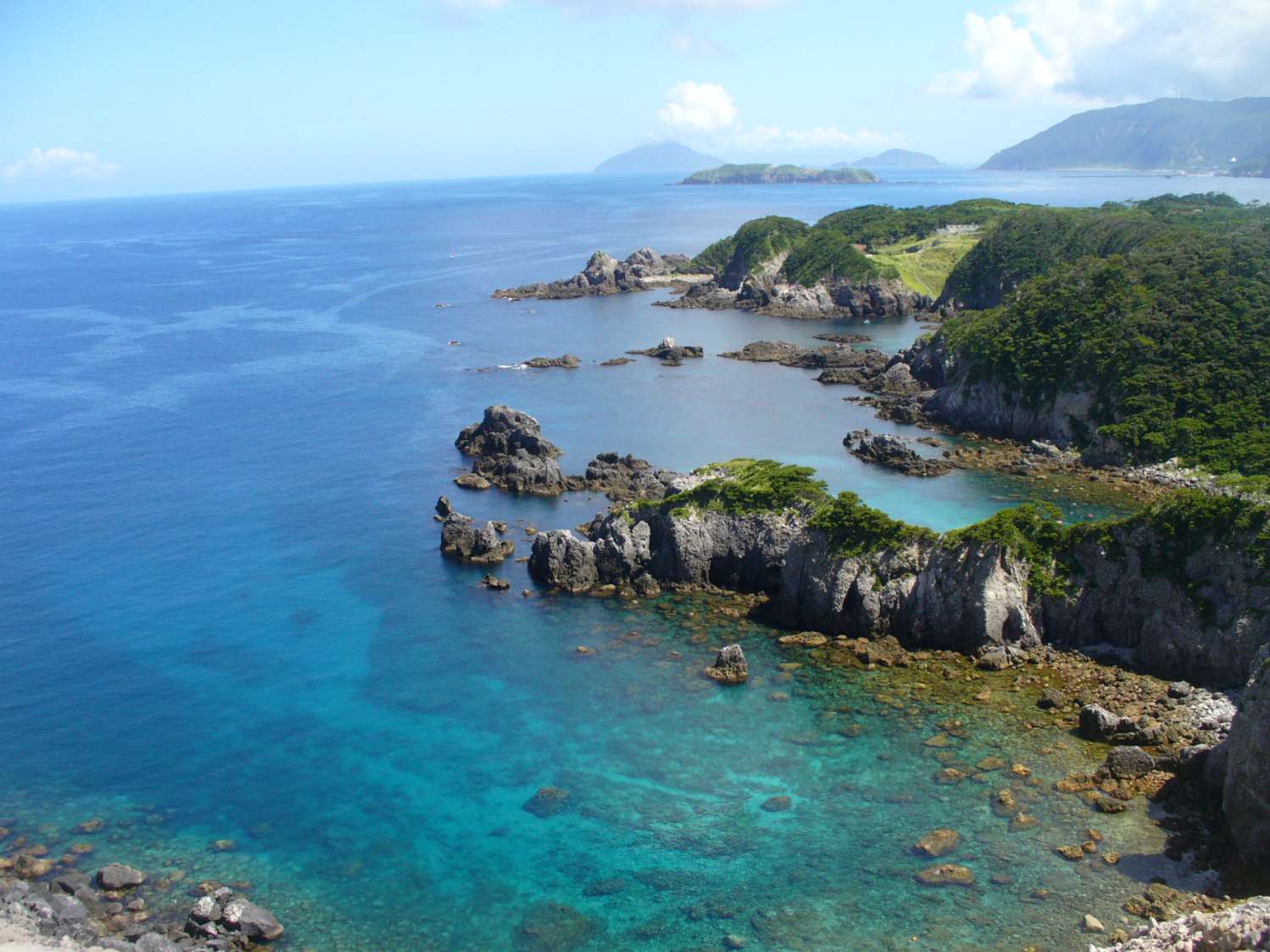 It takes the Ogasawara Maru around 25 hours to reach Chichijima from Tokyo Bay in good weather. You can continue from there to the smaller island of Hahajima on a different boat if you’d like to venture even further afield. A tropical paradise of sea and sand awaits those who make the effort to get there.

Grab a pair of fins, strap on a scuba tank and plunge into an undersea world of kaleidoscopic coral and a rainbow of fish, where you can swim with dolphins and manta rays.

A giant squid was photographed in the wild for the first time off these islands in 2004, but don’t worry, they inhabit much deeper waters than the azure lagoons you’ll paddle around in.

History buffs can also explore the wreck of the Hinko Maru, which rests in waters shallow enough for snorkellers. The transport ship was part of a convoy making its way from the island of Saipan to the Japanese mainland when it was attacked by a US Navy Task Force in June 1944 and sunk with an aerial torpedo. The ship remained largely intact in the decades after the war, but she was pulled deeper into the bay and broken up by a typhoon in the 1960s. Today, only the bow section is visible above the water.

According to Chichijima island’s Fish Eye diving company, there are at least 17 wrecks resting on the sea floor around Chichijima and the nearby uninhabited Anijima island. Many are military vessels destroyed during the Second World War.

The seas around Chichijima are also a paddler’s paradise. You can rent a kayak to paddle the placid waters of Futami Bay, or venture further out to sea on a whale watching cruise. Both humpback and sperm whales visit these waters, which are also teeming with dolphin.

And of course there are endless white-sand beaches to lounge on. Some are easily accessible from town, while other more secluded beaches can be reached by boat, or at the end of a jungle hike.

Speaking of hiking, you’ll want to bring your boots along to hit the trails, where you’ll encounter some the unique endemic species that make the Ogasawara Islands, an “Asian Galapagos.” UNESCO has recognized the significance of these islands in providing evidence of evolutionary processes at work, in particular the way endemic species spread between the different islands of the archipelago, adapting to their unique demands and diversifying. 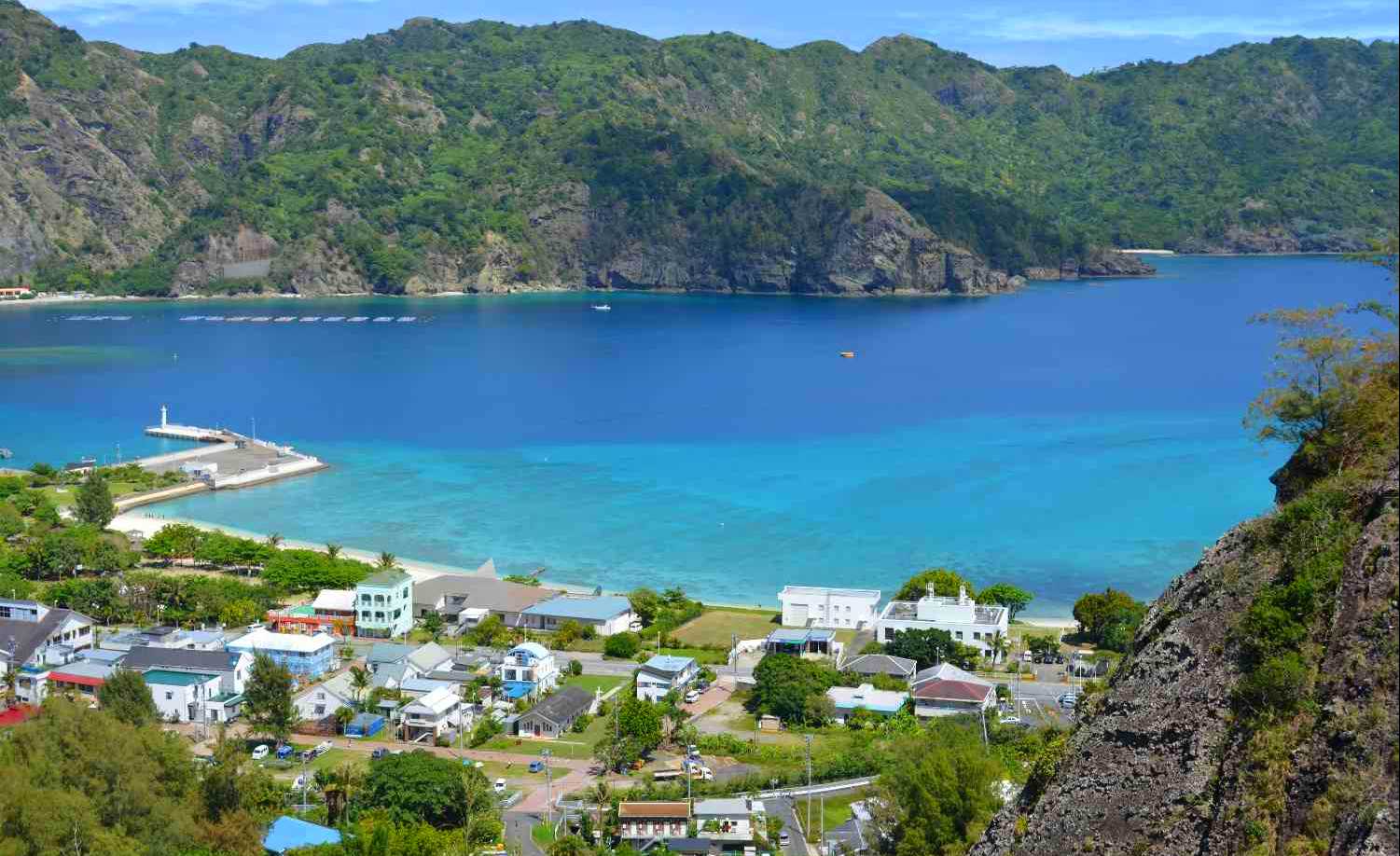 You’ll find a remarkable array of life that evolved here and nowhere else. The largest number are vascular plants, followed by over 100 species of land snail, and gentle creatures like the rare Japanese red-headed wood pigeon (Columba janthina nitens).

All that hiking and swimming is bound to work up an appetite, and that’s a good thing, because your explorations are far from over. Like every region of Japan, the Ogasawara islands are home to several regional dishes you’ll want to taste. It’ll come as no surprise to learn fresh sushi is at the top of that list.

Shima-zushi (island sushi) is made with locally-caught white fish, like mackerel, pickled in a soy sauce base and eaten with mustard and red pepper rather than wasabi.

Enjoy it with a bowl of akaba-jiru, the local miso soup made with tasty blacktip grouper. As you’d expect on a tropical island, you’ll also find a plentiful supply of fresh fruit. Passion fruit is a spring and early summer specialty, when it’s eaten on its own, served in sherbets and cocktails, and made into a unique Ogasawara liqueur. You’ll also be able to enjoy delicious fresh bananas, lemons, and buntan (a large citrus fruit, similar to pomelo and orange).

After you’ve laid the evening meal to rest, why not soak away your cares in one of Chichijima’s natural hot springs? With any luck, you’ll find an onsen with a rotemburo (open-air bath). There’s no light pollution on these remote islands, and the night skies feature layer upon layer of stars, with the white swath of the Milky Way cutting a trail that fades into the depths of time.

You’ll fade out, too, after all that fresh island air. But I guarantee you’ll sleep like a log and be ready to do it all again the next day. ♦

The Ancient Rivers and High-Tech Islands of Tokyo Bay