Every week there seems to be a story of how an airline has treated a customer poorly, denied them basic human rights, lost their luggage or trapped them—unfed, dehydrated and uninformed—on an airport tarmac for countless hours.

While many of these stories are greeted with deserved outrage, in my opinion, the latest item making the rounds doesn’t qualify.  On March 26, a United Airlines gate agent barred a couple of teenage girls from boarding a flight from Denver to Minneapolis. The reason was not lateness, violence, drugs, intoxication, belligerence or a lack of acceptable ID, but because they were wearing leggings.

To make matters worse, a third pre-teen girl was forced to change into a dress before being permitted to fly for the very same infraction. 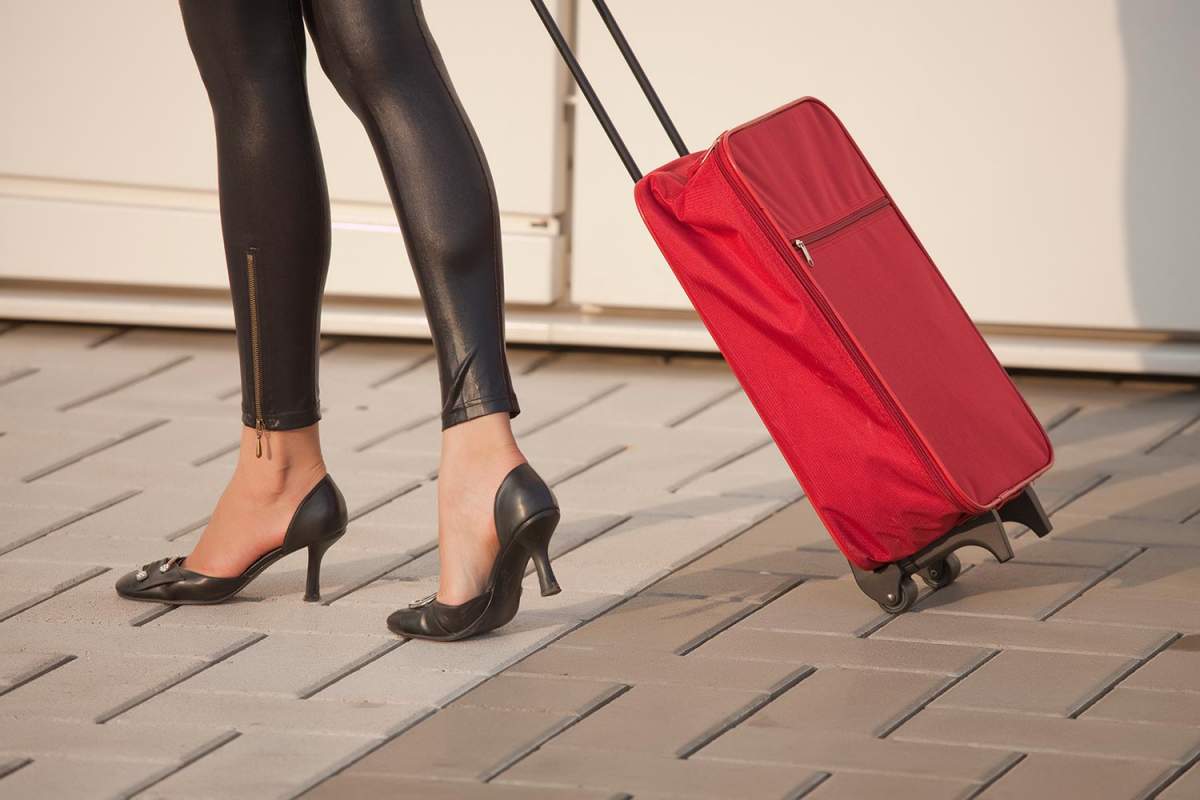 On the surface this all sounds ridiculous, and United Airlines has been widely criticized online by commentators, celebrities, frequent flyers and even loyal United customers. The U.S. carrier’s decision has been labelled sexist, archaic and pointless by some, but United has stood by their position and, despite almost overwhelming negative publicity, maintains that their gate agent was correct.

Few People Realize The Most Important Detail of All

What most articles on this event mention only in their third or fourth paragraph (if at all)—by which point many people have stopped reading and are already leveraging their indignation into leaving a scathing comment—is that the girls were all travelling on airline passes: those golden nuggets that airline employees, their dependents and other industry professionals get as part of the perks of their job.

That may not seem important when faced with what appears to be the humiliation of young passengers in an airport, but it actually is the whole crux of this story.

The travel industry is renowned for not offering the greatest salaries or job security in the world. What often attracts would-be workers is a love of travel and some pretty nice bonuses that anyone, regardless of salary or position, would covet. One of these is the airline pass.

Most airlines provide their permanent full-time staff with a pass that’s good for free or substantially discounted flights for them, their partners and their children. The passes have their restrictions—such as holders not being able to book any arrangement until quite close to departure, often unable to make a confirmed booking at all, not allowed to reserve a particular seat, being bumped if the flight is full or (and this is the significant one, here) abiding by a dress code.

Having worked in the travel industry for many years, I have many friends and acquaintances who have had or still have these magical passes, and it’s not unusual for them to pop off to New York for the weekend, to have multiple short (or long, if they have seniority) breaks in a year or to be able to fly to the other side of the world for a friend’s wedding. And in some cases, you keep your pass even after you’re retired.

In short, the stuff of which many of us wanderlusters can only dream.

As if that wasn’t enough to make a travel career appealing, many major hotel chains offer “industry rates” to travel industry personnel that are often well under $100 per night for rooms that regularly go for $300 or $400 or more.

The Cost of Cheap Travel

The airline passes aren’t quite free. Some require a flat-fee payment per flight, others provide only a discount off the regular fair (maybe 25 percent of the regular ticket cost), and almost all require that the traveller pays all taxes and service fees. However, they are still very generous and enable travel-industry personnel to see the world.

Passes are often not just valid on your employer’s aircraft, but on any associated carriers and, as we all know from airline partnership programmes like One World or Star Alliance, that can pretty much open up the entire planet.

The downside for that perk is that you have to abide by certain rules, one of the main ones being a dress code. Dress codes vary from airline to airline and depend on which cabin you’ll be travelling in. Requirements for a seat in first class are generally more stringent than those in economy class, although not necessarily.

Basically, airlines claim that anyone who is travelling on an airline pass is a representative of that airline and therefore must look and act appropriately.

Usually, this can mean a big no to ripped or torn clothing (even those hyper-expensive designer duds), sweatpants, shorts, flip-flops, halter tops, muscle shirts, running shoes and sometimes all jeans.

And, evidently in the case of United Airlines, leggings.

Why I Think it’s a Fair Rule

This may seem ridiculous, but it’s a rule that has been around since the beginning of time, and in my opinion—as someone who had to frequently abide by it and knows firsthand the social and physical discomfort of wearing a jacket, dress pants and brogues when all around are wearing soft, comfy leisurewear—is a small inconvenience for a great perk.

You could argue that a ban on leggings is sexist or that not allowing gleaming designer running shoes worth hundreds of dollars is illogical, but many of us face similar restrictions in our workplaces—except for casual Fridays.

While I never worked for an actual airline, I did frequently travel using industry passes. It was more for work than pleasure, but I’m certainly not complaining.

I once organized a staff training trip and even though we had, as always, provided them with full details of what they could and couldn’t wear on the flights, the group was hauled aside by an airline agent at an airport in Australia, lined up in the terminal, and told that those who violated the carrier’s dress code had to change or be denied boarding.

A mad shopping spree at the airport’s limited boutiques ensued, but everyone eventually complied and their trip home continued.

Besides, it wasn’t a terrible hardship when they were subsequently welcomed into first class and spent the next 14 hours travelling with free champagne and gourmet food while reclining on a lie-flat seat.

While I feel for the teenage girls and families who recently encountered their problem in Denver (and who it seems likely all made the necessary change and reached home any way), I still maintain it’s a small price to pay for free or heavily discounted flights.

Besides, given a choice between forgoing my jeans for a few hours or paying full price to travel around the world, I know which one I’d take.

Sail Away, Turkey: the Bodrum-Gokova-Bodrum Route

Running a Family Pilgrimage to the French Pyrenees