5 Cwmdonkin Drive: at his childhood home in Swansea, Wales, the spirit of Dylan Thomas comes to life.

Story by Ryan Murdock, Photos by Simon Vaughan | for Outpost

Stories have always been important to the Welsh people. They linked place names together and served as a reminder of the legends connected to them. The longer we travelled, the more it seemed like every square foot of ground had something to tell us.

Welsh literature is unusual in another sense: its construction. According to Sioned Davies, Chair of Welsh at Cardiff University, verse was not used for ex­tended narratives in Medieval Wales. “The preferred medium, unlike most Indo-European countries, was prose.”

Despite the strong development of prose storytelling traditions, the Welsh did make a major contribution to English language poetry that chal­lenged the way we manipulate and use words. Or rather, a particular Welshman did. His name was Dylan Thomas. We took time out from our Arthurian investigation to visit sites associated with Thomas’s life. For writers, it’s a sort of pilgrimage.

To me, Thomas has always been a monumental figure. The originality of his word usage was intimidating and sometimes difficult to approach. He was also a poet whose facade of unruly drunkenness could overshadow the importance and uniqueness of his work. So much of his life is shrouded in myth that it’s difficult to see the person behind it. 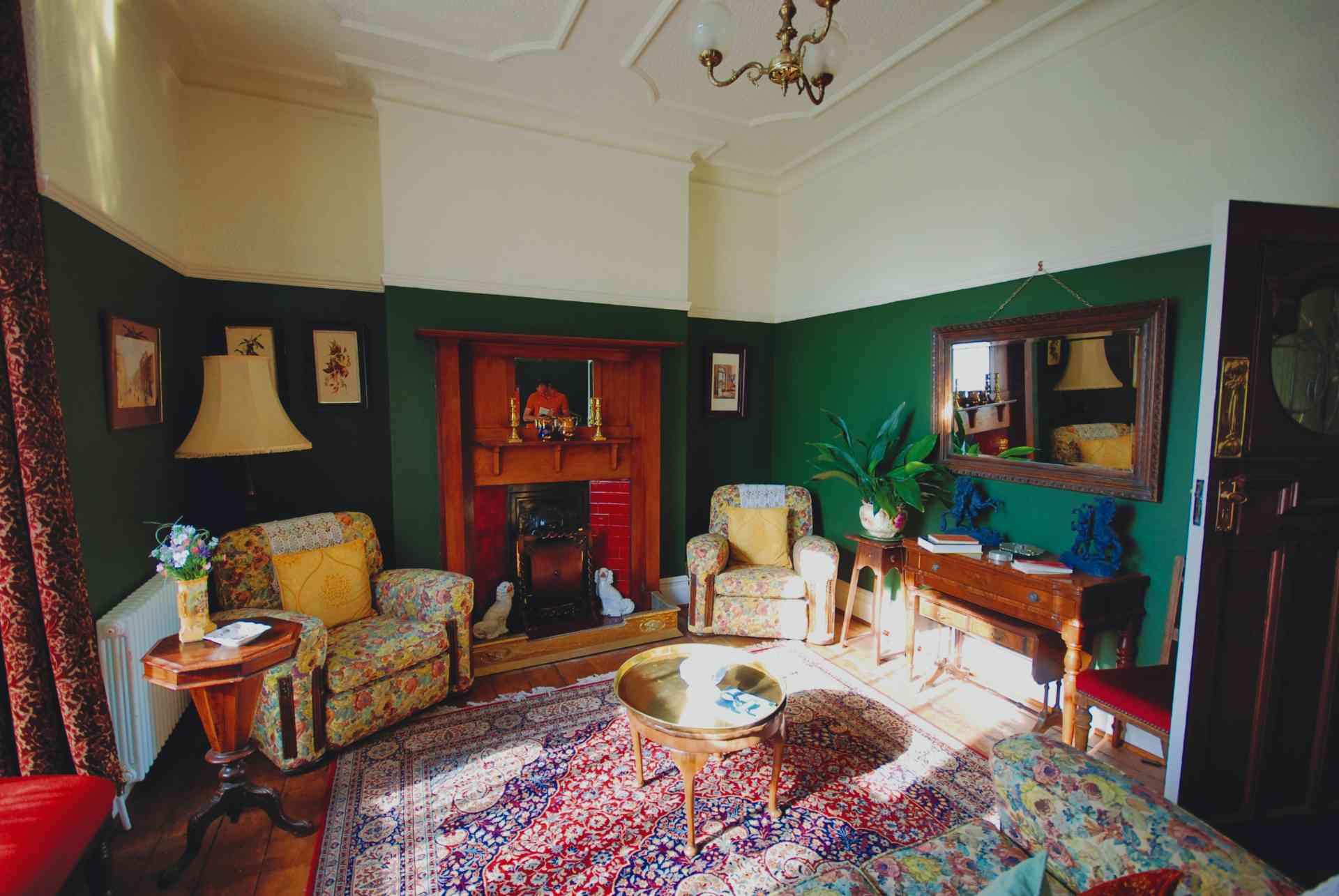 Thanks to John Wake, we were able to visit the house at 5 Cwmdonkin Drive, Swansea, where Thomas spent the first 23 years of his life, and where he wrote two-thirds of his published work. The home has been carefully restored to its 1914 condition by cur­rent owners Annie and Geoff Haden.

“It isn’t the original furniture, of course,” Annie told us. “But we spoke with the Thomas’s cleaning lady and tried to get the same type of furniture, in the same places, and the same co­lours on the walls. She cried the first time she came here because it was so close to what she remembered.” 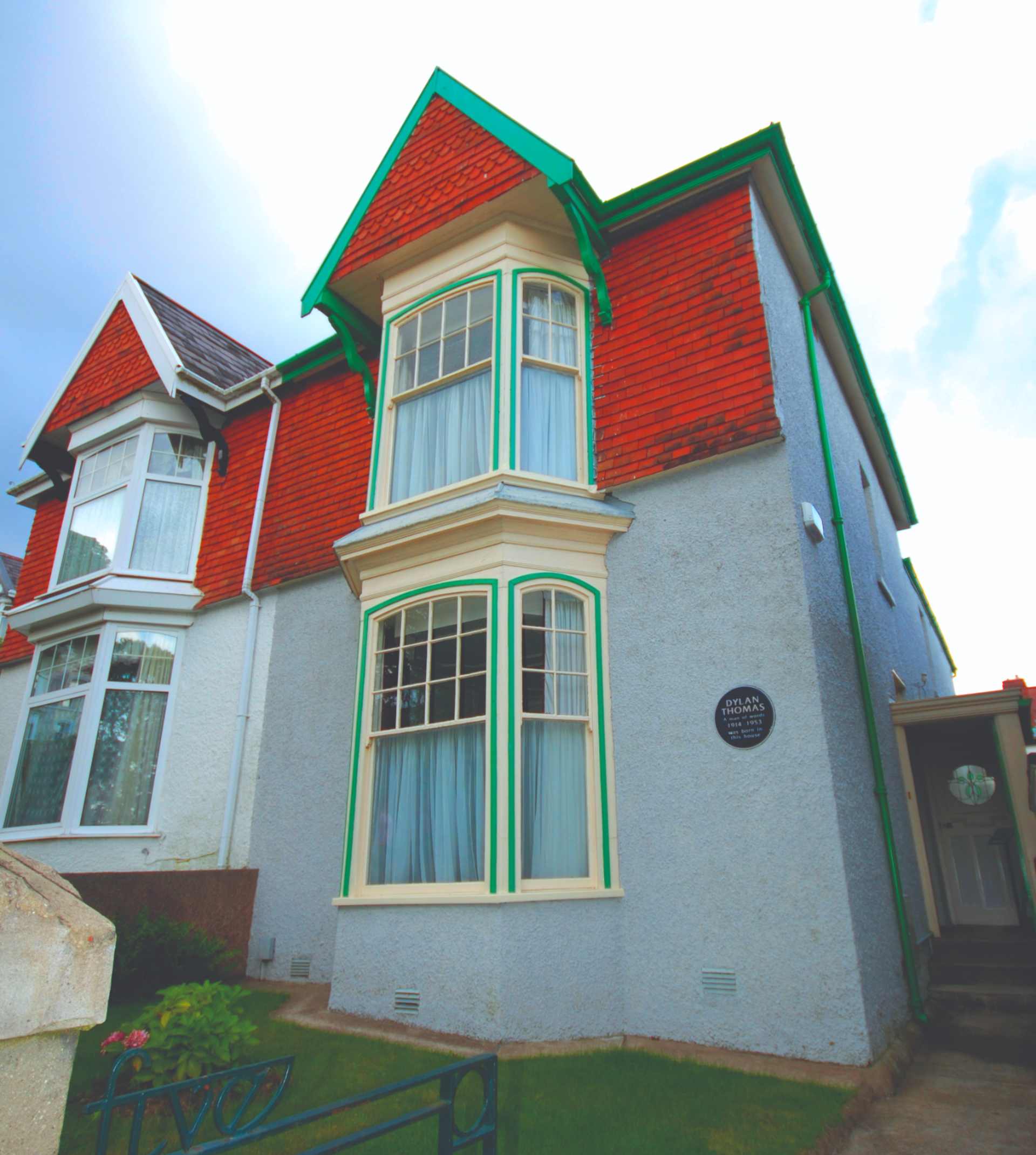 The Dylan Thomas Trail: the poet’s home at 5 Cwmdonkin Dr.

Annie showed us the room at the front of the house where Thomas was born, and the tiny bedroom where he spent so many nights dreaming up his lyrical verse. But the greatest surprise awaited me at the back of the house, from a window in his parent’s room.

When I leaned my elbows on the sill and put my nose against the glass, the row houses at the bottom of the hill formed a level horizon against the waters of Swansea Bay, revealing the origin of that strange line in Thomas’s poem about boats bobbing across the rooftops. 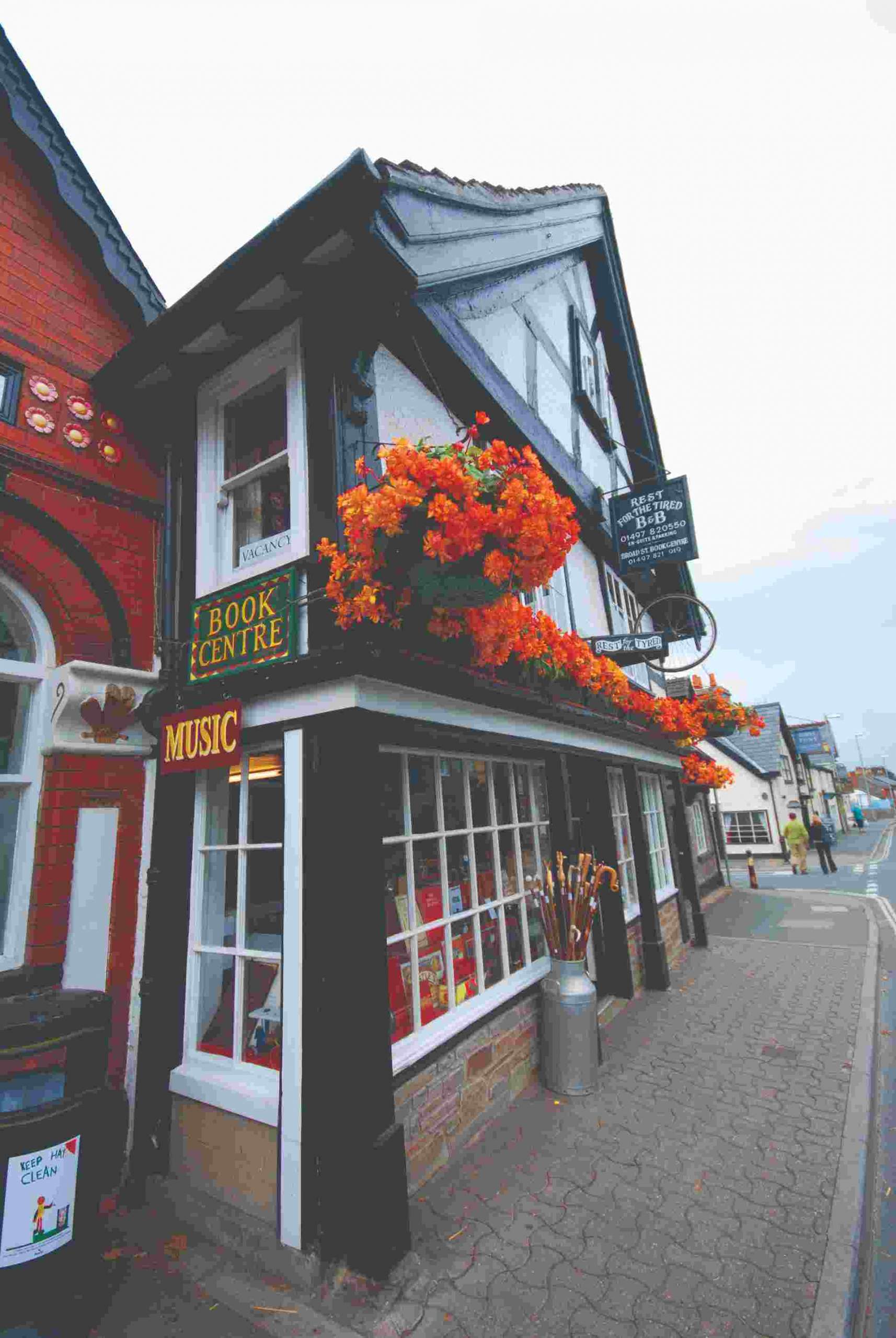 Hay-on-Wye in Powys: the “world’s largest bookstore” because of its literary festival and number of bookshops. 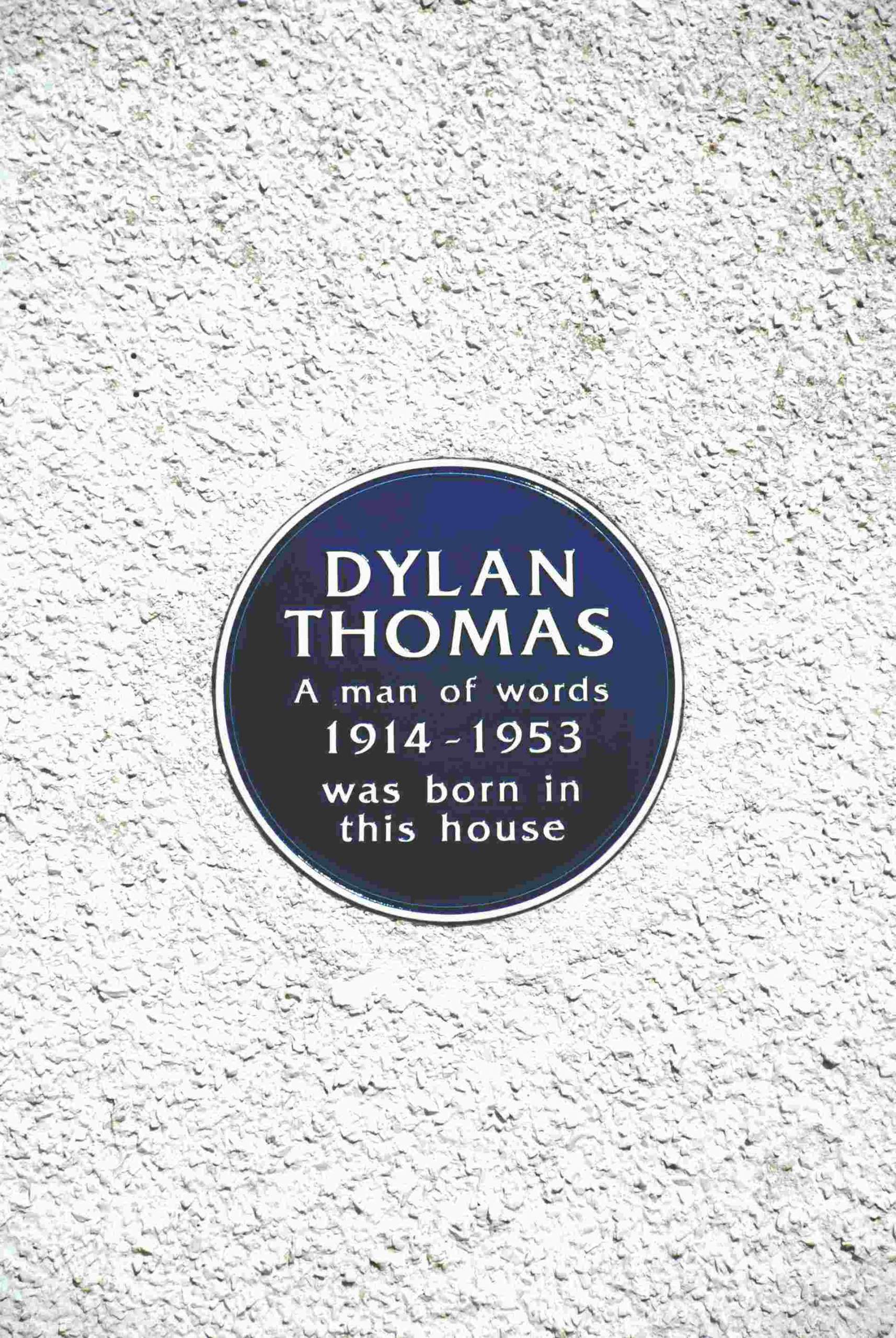 The Welsh poet was buried in Laugharne. 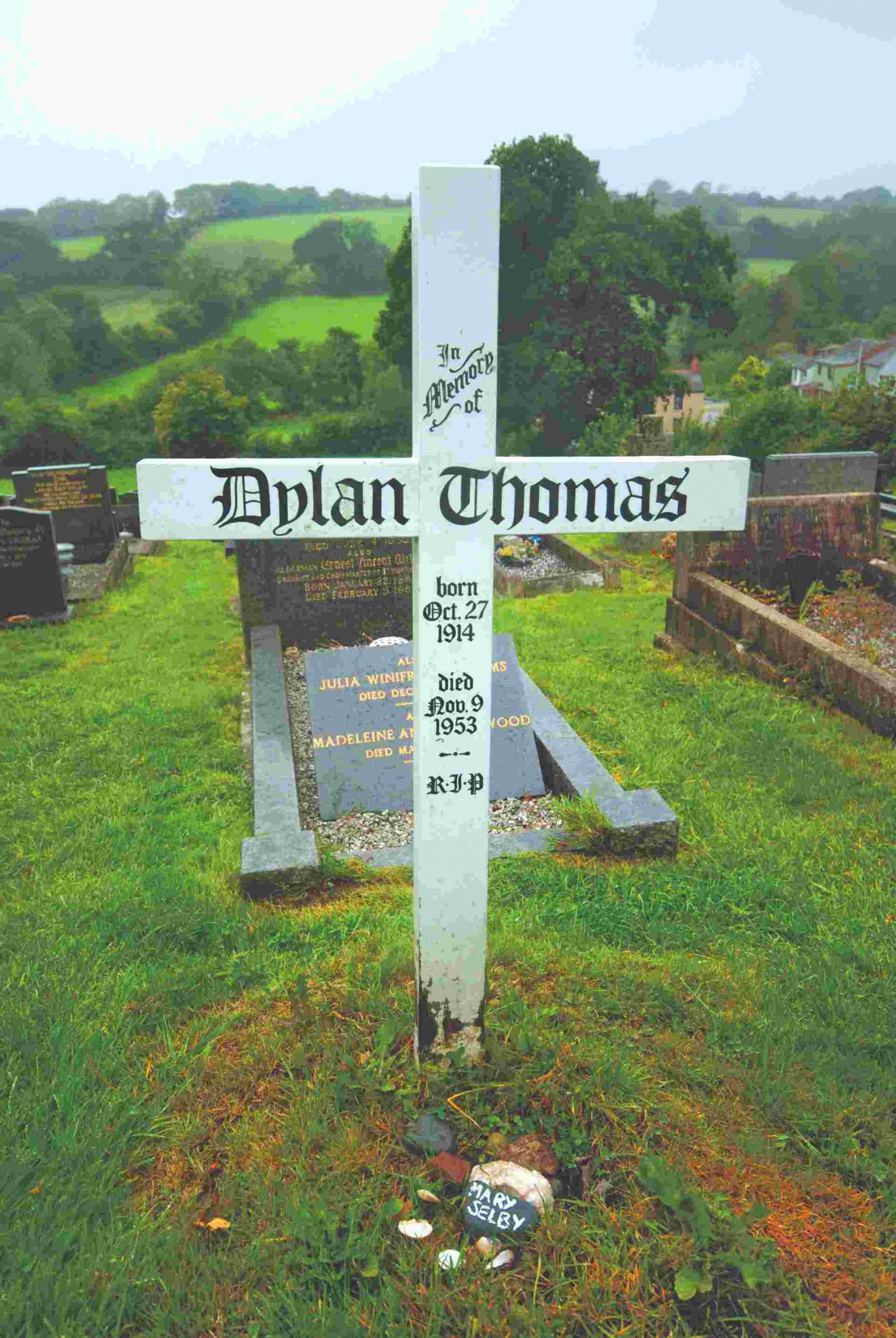 His resting place in Wales. 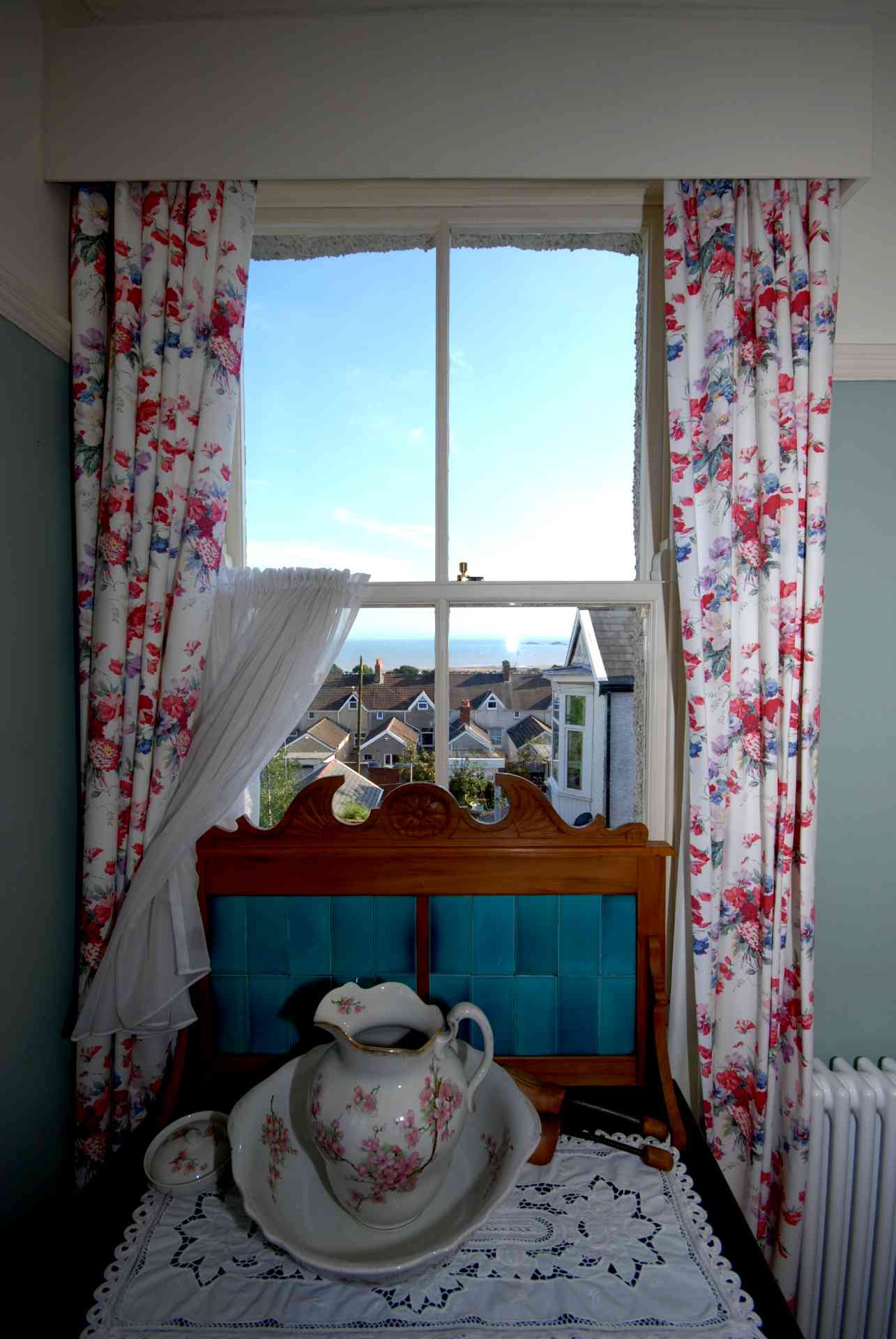 The view Thomas saw outside his home. 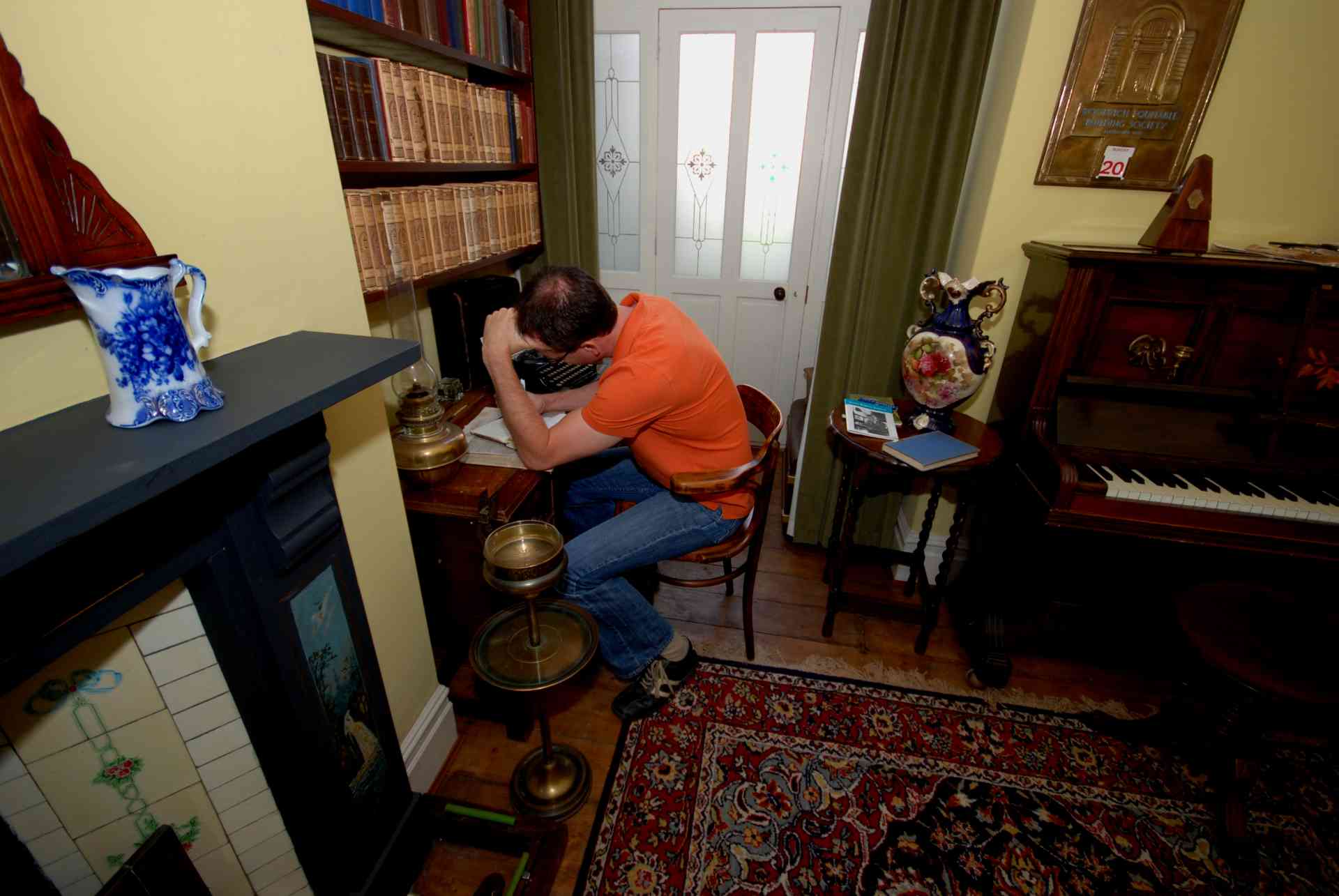 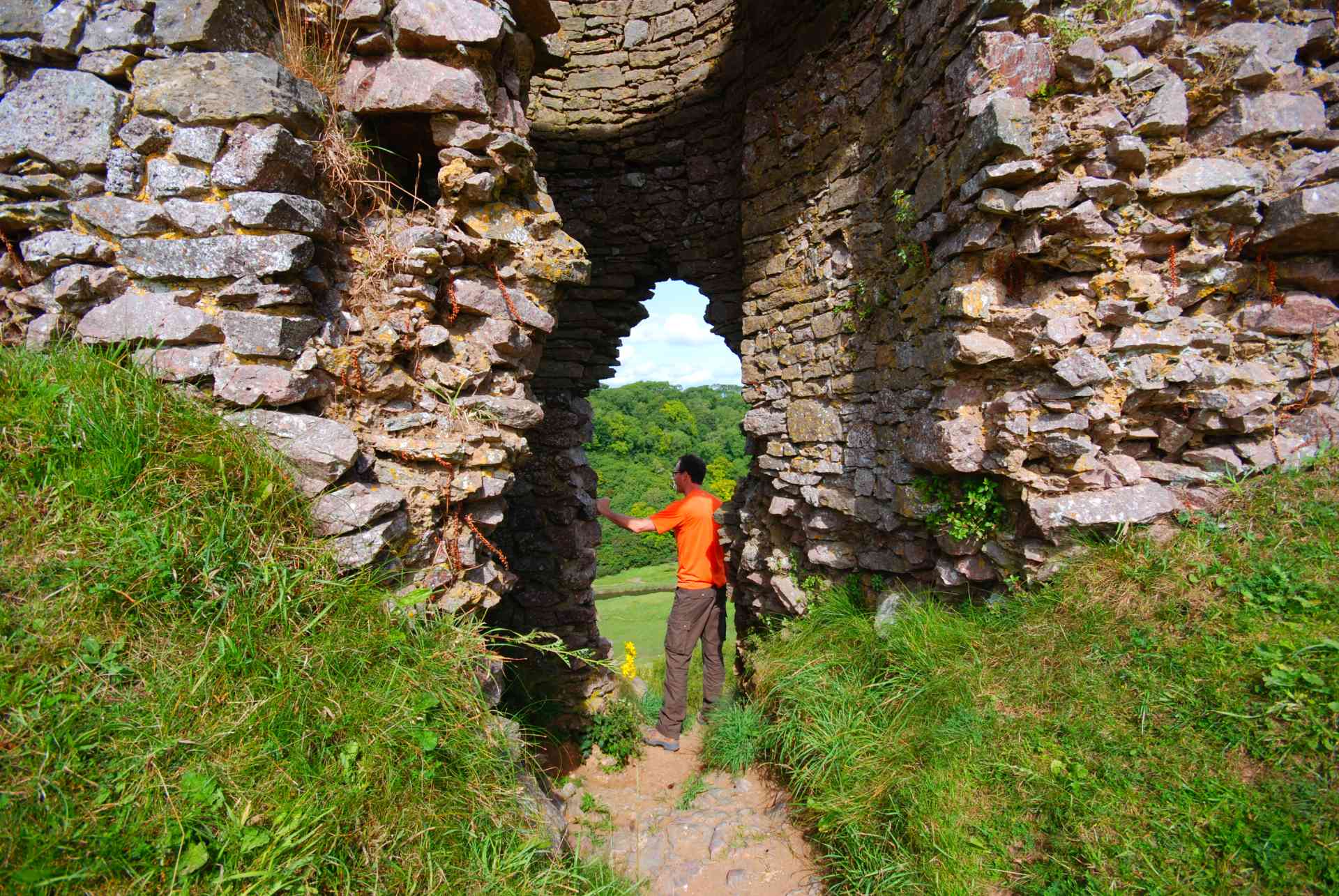 View of Three Cliff’s Bay from Pennard Castle where Thomas went to relax.

“No one could figure out where in the house it was written until we found this window,” Annie said. “It had been blocked up by later tenants, but one day a piece of plaster fell out. It was like the house wanted it to be found.”

The key to so many of Thomas’s images came to life there, in a middle-class neighbourhood on a steep hill in what he called his “ugly lovely town.”

The next morning Simon and I hiked out to Three Cliffs Bay on the Gower Peninsula, where a broad sand beach is guarded by a triple-pointed crag of rock. We climbed the hill to the ruins of Pennard Castle, where we talked about life and literature just as Thomas and his friends did in a vanished age of bygone lives. The only thing we didn’t have was a bottle. 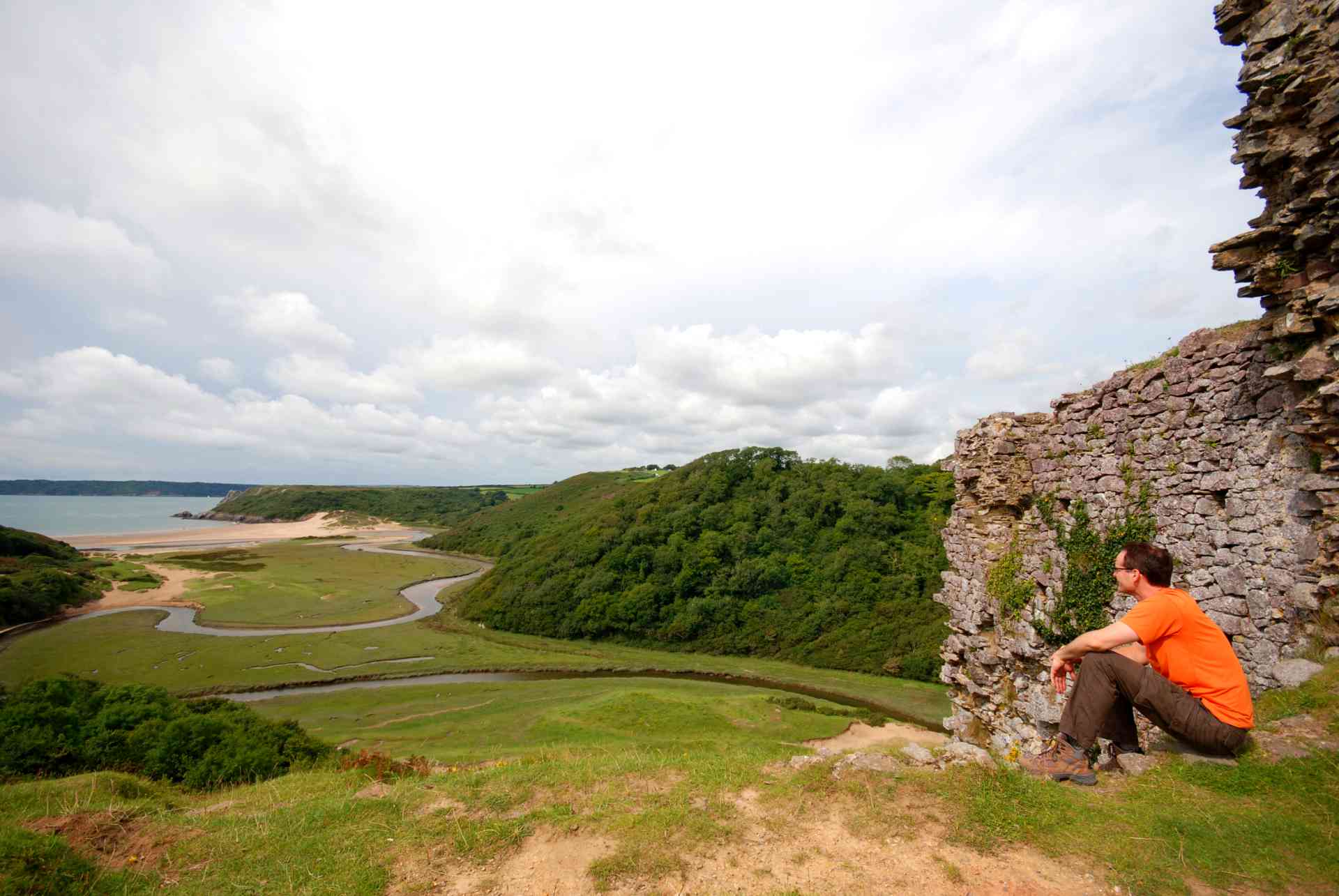 The wind blew across the sand and ruffled the tendrils of a textbook oxbow river far below, carrying with it the smell of horses. I thought about how many times I did the same thing in my small-town youth.

Like Thomas, my friends and I sometimes hiked to a quiet spot and sat up all night, sharing secrets in gentle voices and talking about how one day we would escape this life that caged us. We burned with a desire to journey into a wider world we hadn’t even begun to understand.

Life must have looked so simple to Thomas then, before the coming of fame and admirers, and the struggle to support a legend no one could have lived up to. Walking through these scenes of Thomas’s early years humanized him in a way a biography never could. I began to relate to his life, and it opened a new gateway into his work. It was another of Wales’s unexpected gifts.

Who Has Seen (or Heard or Felt) the Wind? | An Epic Solo Sail in the South Pacific