The Outpost Mini Guide to Travel in Wales | U.K.

Trekking the Pembrokeshire Coastal Path and investigating the myth of King Arthur: just two great reasons to head to Wales. Here’s a mini-travel guide with a few more.

When to Go to Wales

Though there isn’t a distinguishable wet or dry season, October to January are generally the wettest months. The best time for water sports like kayaking is early spring (December to March), when levels in inland waterways are higher. April and May are perfect for trekking and walking the Welsh countryside. With the sunniest weather, July and August tend to be the peak travel season, but May and September are also climatically inviting.

The only international airport in Wales is in Cardiff. While there are no direct flight from Canada, most major airlines, including Air Canada, Delta and KLM, offer flights with stopovers in European cities through their affiliates. 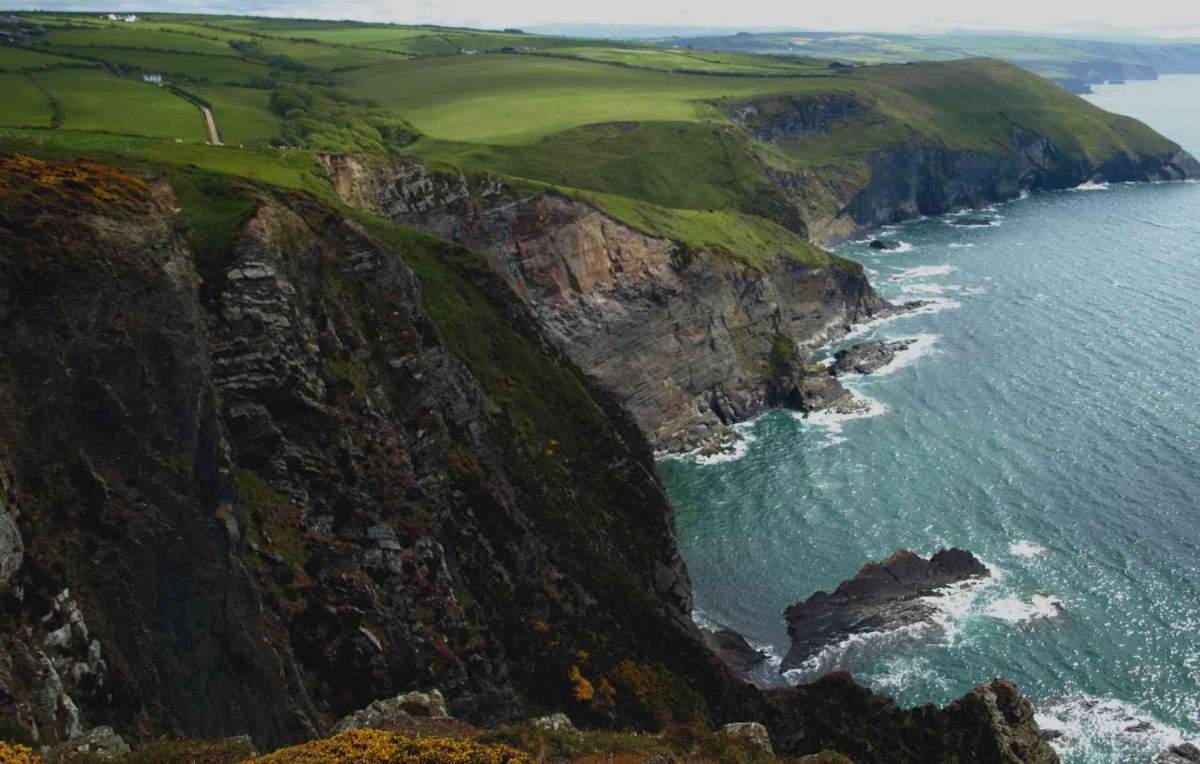 The Outpost Guide to Travel in Wales. (Ted Boyle)

A more affordable and scenic option is to fly into England, then travel overland to Wales. Air Transat has several flights each week to Manchester and London—both of which have excellent highways that lead into North and South Wales, respectively. Auto rentals in the U.K. are pricey, as if fuel, so book in advance.

Also, be aware that most vehicles have manual transmission, and that you must be 21 years-old to rent a car. While driving from London to Cardiff takes almost three hours, the Welsh-English border is less than an hour from Manchester. 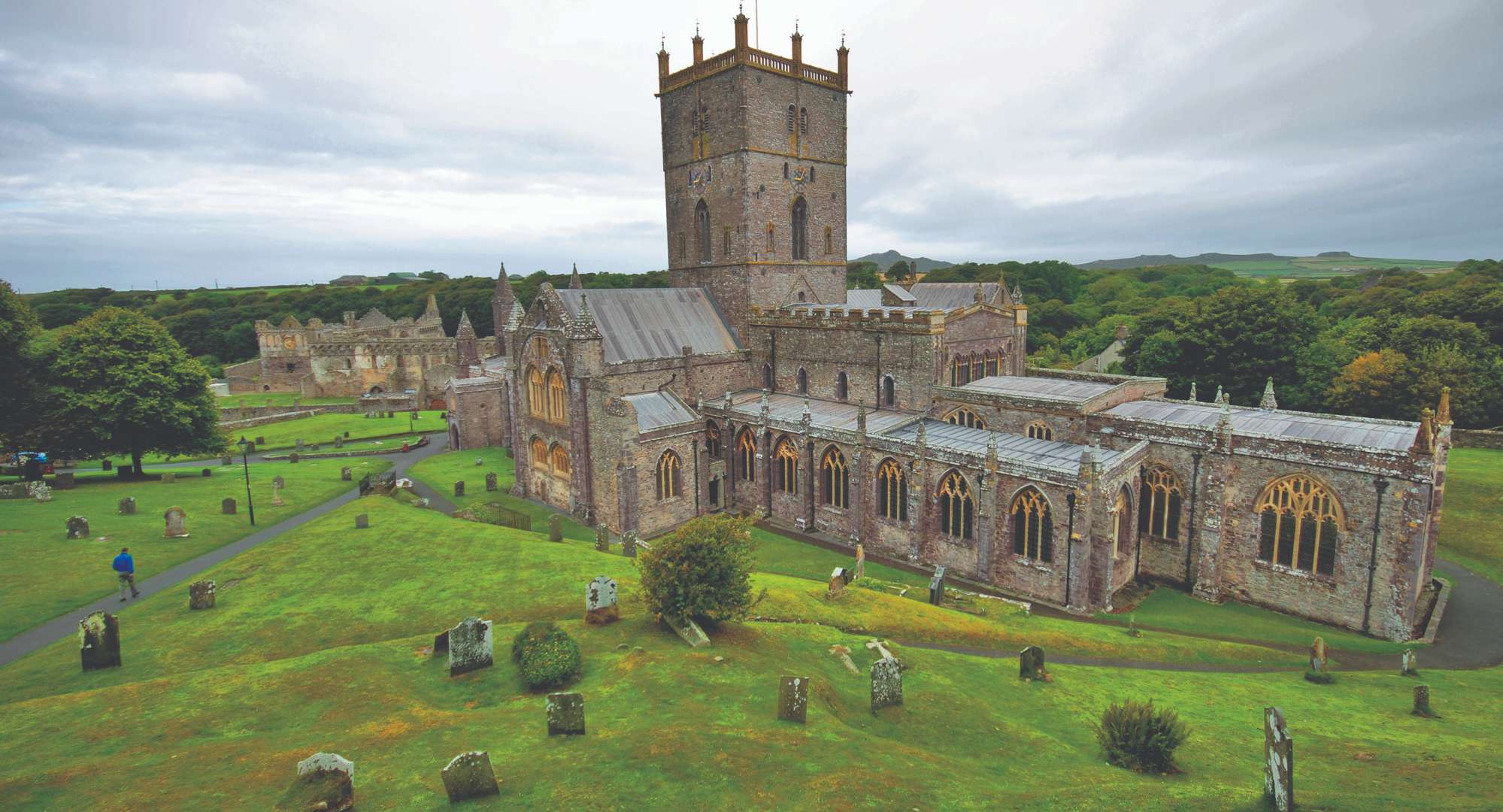 The region’s extensive rail system, which connects major U.K. destinations with hubs in Wales, is also a great option. Operated by First Great Western, the London-Cardiff line takes two hours, while Arriva trains from Manchester to North Wales take an hour. If more a seafarer, consider the ferry from Dublin, Dun Laoghaire, Rosslare and Cork, Ireland. 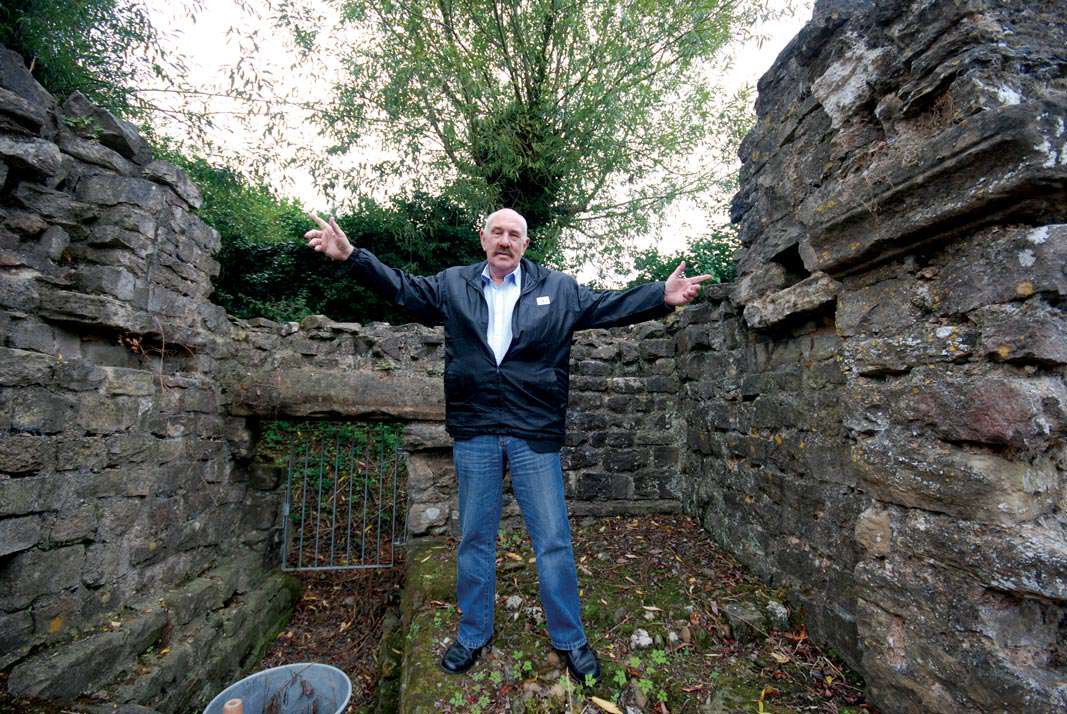 John Wake, former police detective and now Wales guide, on the trail of the myth of King Arthur. (S Vaughan/Outpost)

Travelling by car is most ideal in Wales. Buses are well priced, but driving at your own pace offers the best opportunity to explore Wales’s rural heartland. The winding back roads are great for cycling, as they’re often wide open and accompanied by striking backdrops of limestone crags. Travelling by train, however, offers the unique experience of traversing the Welsh highlands by heritage lines—steam trains, tramways and cliff-side railways. For trains, check out www.nationalrail.co.uk and Arriva Trains Wales services www.arrivatrainswales.co.uk.

What to See and Do in Wales

Famed for its rich Celtic history, Wales boasts a distinctive blend of old-world nuance and modern experiences for the 21st-century traveller. In Cardiff, try the Centenary Walk—a 3.6 kilometre route that weaves across the city and follows its grandeur through cathedrals and medieval marketplaces.

Known as the castle capital of the world, Wales is perfect for castle-hopping. Cardiff Castle has medieval charm and offers visitors a Welsh banquet fit for a king. Less than 12 kilometres north, Caerphilly Castle is another must-see. The largest in Wales, it is purportedly the home of the Ghost of the Green Lady—Princess Alice of Angoulême.

Wale’s rugged terrain and cliffs lend themselves to many an adventure, including coasteering, an extreme-sport that involves scrambling over rocks, jumping off sea cliffs, and swimming through narrow bays. There are three national parks, include Pembrokeshire Coast National Park, the only coastal one in Britain, found along the rocky western shore. Brecon Beacons National Park has dozens of country inns, such as Peterstone Court, an 18th-century Georgian manor in the Welsh countryside—perfect for walking, trekking and horseback riding. Further north, scale Snowdon—the highest mountain in the British Isles outside of Scotland—at Snowdonia National Park.

A visit to the Llechwedd Slate Cavers, in Gwynedd County, is a must. Explore inside the Welsh mountains via an underground slate mine that has been active since 1836. When you’re back on land, hop aboard the Ffestiniog Railway as it chugs along the steep gradients of the Cambrian Coast. Split by tumbling rivers and dramatic ravines, this rocky western fringe has seascapes that are uniquely Welsh.