From Africa to the Arctic: when just a glimpse of fur, fin or feather makes it definitely worth the trip!

Some people head to Paris for nothing more than a visit to the Louvre and a few minutes of jostling in front of the Mona Lisa (been there, done that, have the bruises to show for it). But for me, there are few things that will get me to remote and far-flung corners of our planet as quickly and eagerly as a good wildlife sighting.

I’m quite happy to trek for hours—and sit for longer—just for a brief glimpse of something rare and exotic or wild and dangerous. I’ve ticked off a few of my faves, but there’s still a bunch to go. Here’s my guide to wildlife spotting drawn from firsthand experience and future wish-lists:

There are six subspecies of tigers in the world, and every one is classified as endangered at best, and functionally extinct at worst. There’s never been a better time to see a tiger in the wild—not merely because we may not have an opportunity at all for much longer, but also because the only thing that makes a tiger more valuable alive than dead is tourism. The most populous tiger is the Bengal, and the best place to find one is in India’s national parks and reserves such as Corbett, Bandhavgarh or Ranthambore. There’s never a guarantee of seeing any wildlife—especially one so endangered—but these parks offer the best chance of success. Just make sure you give yourself enough time not to leave frustrated and disappointed. 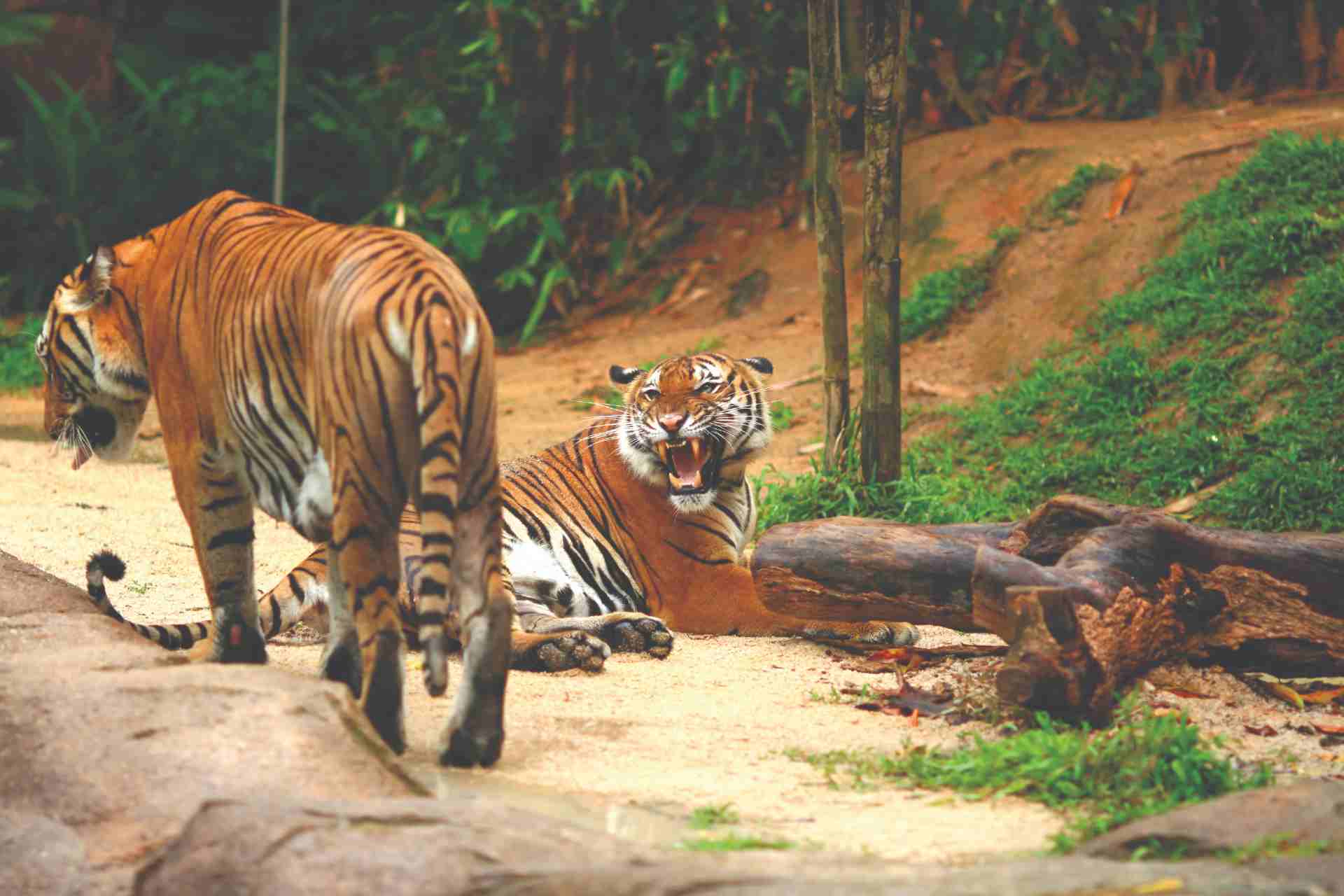 I fulfilled a lifelong dream a few years ago by seeing a polar bear in the wild. My encounter came on the final morning out on the land on Baffin Island in Nunavut, and it was greater than even I had hoped, wished and dreamed of since I was six years old. The best place to see wild polar bears is unquestionably the Polar Bear Capital of the World: Churchill, Manitoba, during the giant bear’s migration each autumn. But if you don’t fancy crowds, try an expedition cruise to Wrangell Island in the Arctic Ocean. This Russian island has the highest density of polar bear dens in the world and practically no tourists. Svalbard, Norway is another great spot accessible by ship. 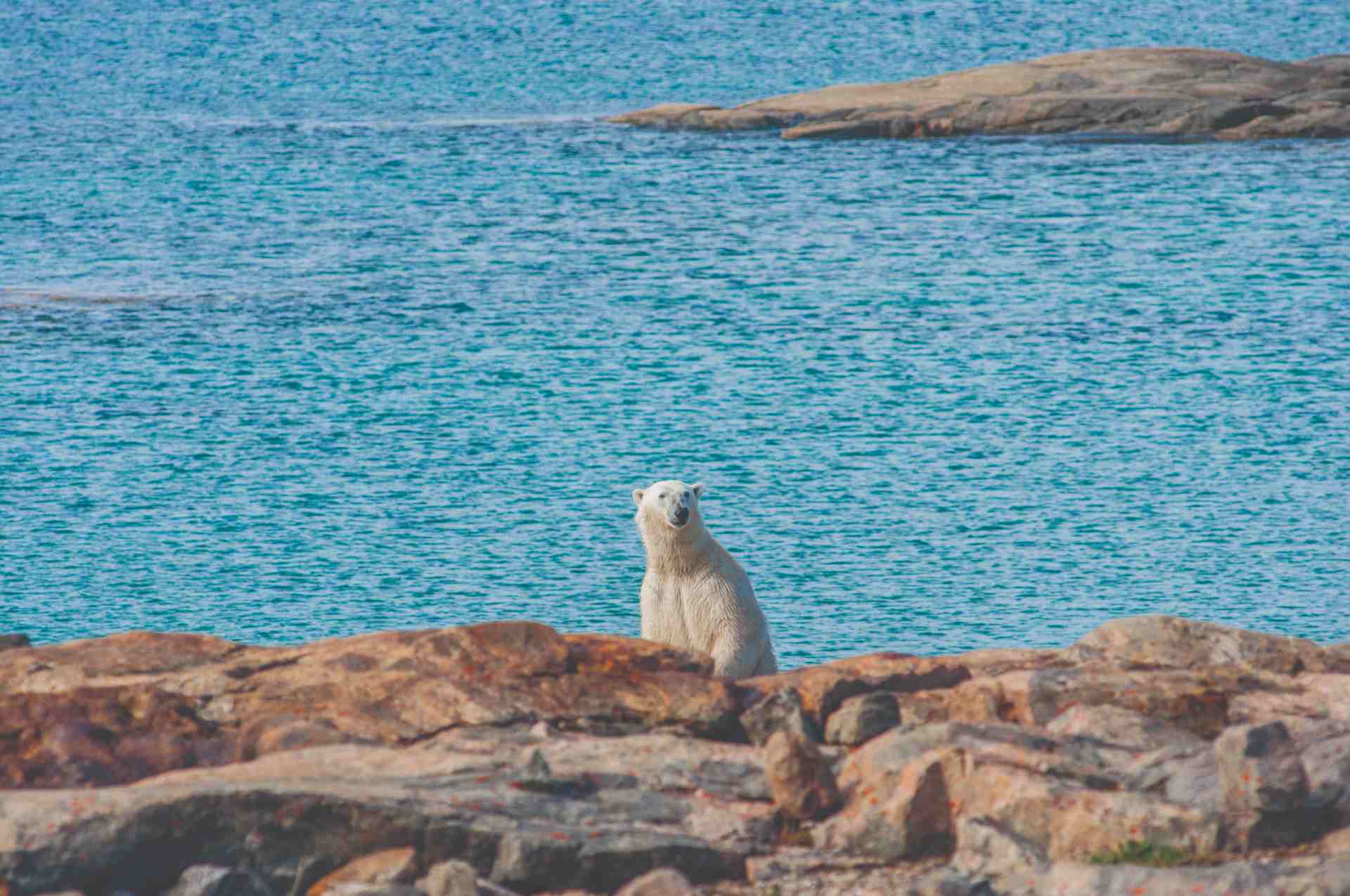 The author got this shot in Nunavut, Canada. (Simon Vaughan/Outpost Travel Media)

Possibly number one on my personal wish list, the snow leopard is another endangered species, and as it’s generally only found above 3,000 metres altitude, very difficult to see. The Himalayas of India and Nepal are your best bet, but even more important than location is to be led by a great guide. You could spend a lifetime wandering the high mountain passes on your own without spotting so much as a tuft of white and grey fur, but there are a number of organized tours to Ladakh, India and elsewhere that give you a pretty good chance of snapping this highly elusive beauty in only a week. 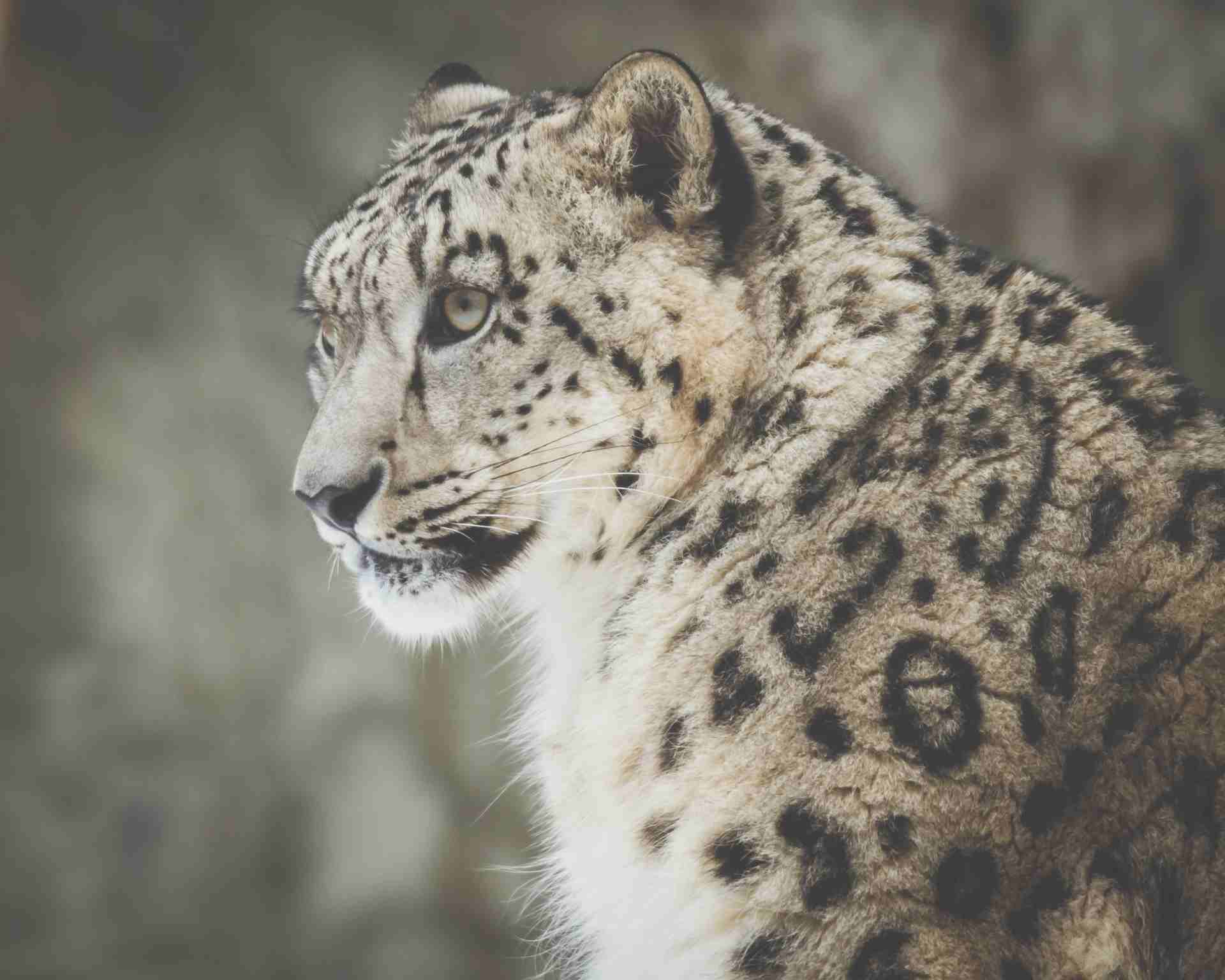 The elusive snow leopard of the Himalayas. (Abzerit/iStock)

My first trip led solely by the desire to see one specific creature was to Uganda and Zaire (now the Democratic Republic of the Congo) to see mountain gorillas. At the time, there were estimated to be barely 400 in the wild, and over the course of two treks I saw about five percent of them. Imagine that! Today, the population is estimated to be maybe 900 and it’s classified as critically endangered. Found only in the unsettled Great Lakes region of East Africa, your best bet to stand amid a family of these rheumy-eyed giants is in whichever country is the most peaceful and settled at the time; right now that would be Rwanda and Uganda. Led by expert trackers and accompanied by park rangers, you’re almost guaranteed a sighting on any given day, but give yourself two to three days to be safe. To say it is an unforgettable experience would be a vast understatement. 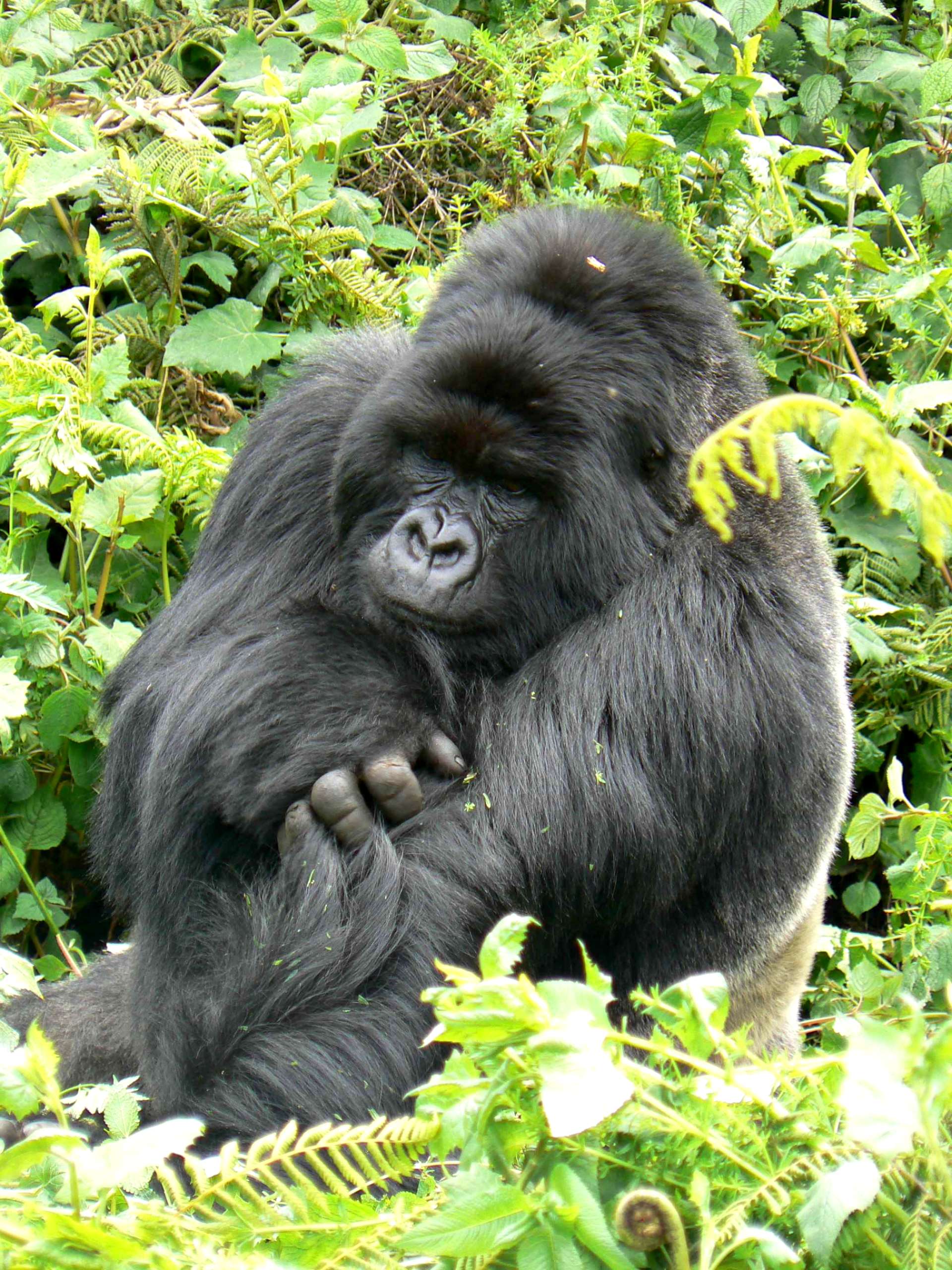 Is a trip to see the mountain gorillas of Rwanda on your bucket-list? Now’s the time to plan for that! (Kevin Patterson/Outpost Travel Media)

Maybe it’s just me, but the prospect of seeing chimpanzees in the wild was a massive bonus when I went searching for gorillas. Kind of like getting a free lobster tail with a fine steak. Finding chimpanzees is possibly even more difficult than mountain gorillas, despite them being far more numerous. They are very aggressive, very shy, and great at climbing to the very tops of tall trees. In addition, there are fewer wild chimpanzee groups that have been habituated than there are habituated gorillas. The best places to have an encounter are in Tanzania and Uganda. Mahale, Tanzania is arguably the best place of all, but for me it would have to be Gombe Stream on the shores of Lake Tanganyika, the place where Jane Goodall has conducted her groundbreaking research. 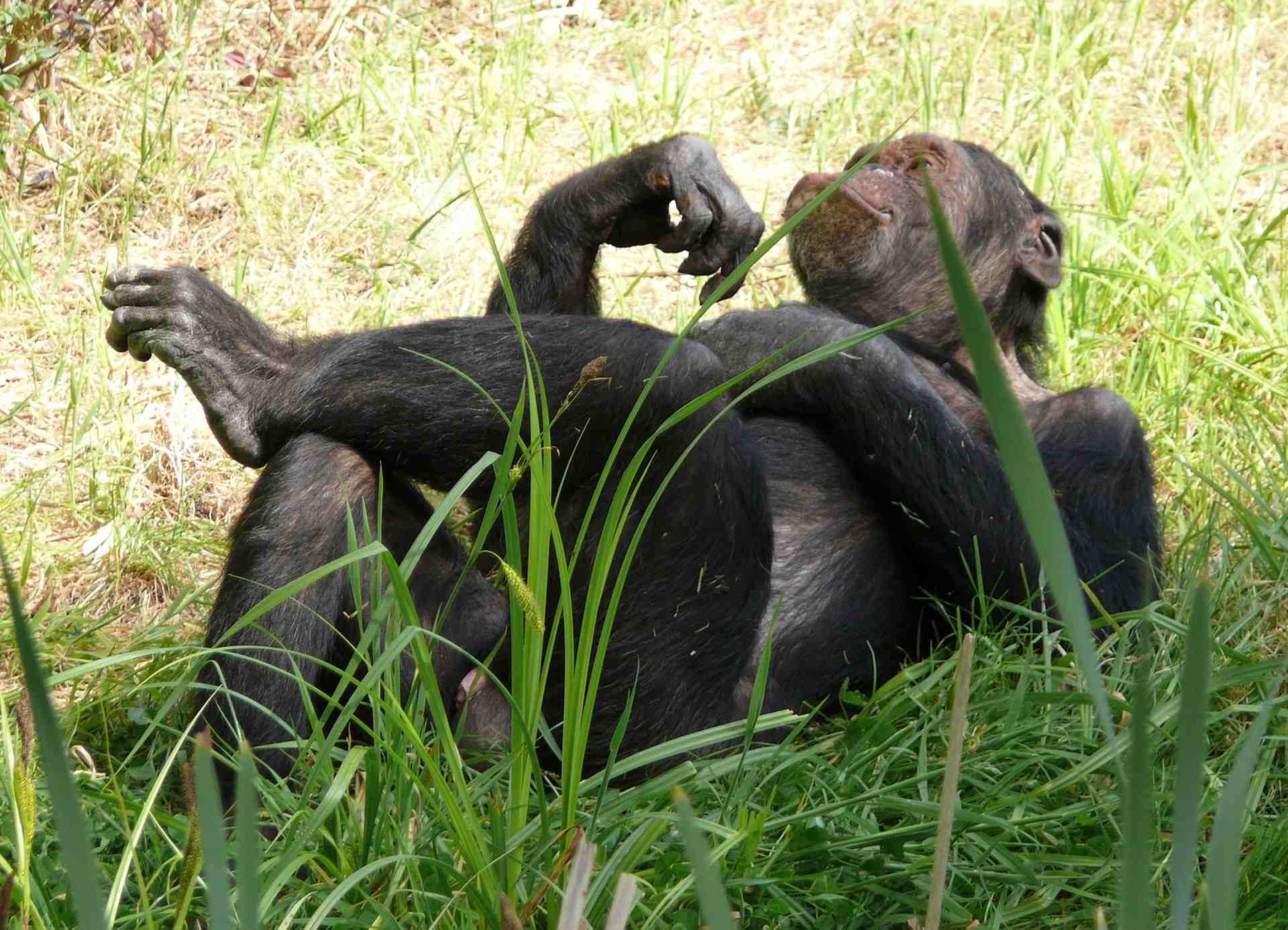 Chimpanzees are our closest relatives in the animal world. (M. Gottwald/Pixabay)

Right near the top of my to-see list alongside tigers sits the orangutan, or person of the forest. Found only in Indonesia and Malaysia, the third of the original Great Apes (along with gorillas and chimps), the orangutan is critically endangered in Sumatra and endangered in Borneo, and was first studied in depth by Canadian primatologist Dr. Biruté Galdikas. The easiest way to see wild orangutans is in a rehabilitation centre such as Malaysia’s Sepilok, where injured, orphaned or previously captive orangs are rehabilitated for return to the wild. However, if truly wild orangs are your preference, there are plenty of opportunities that require a bit more effort within the national parks of both countries.

I ticked off one of my must-sees when I had a very quick glimpse of an orca (or killer whale) in Hudson Strait, Nunavut. Although a fair distance away, its dorsal fin and back was unmistakable and I was grinning from ear to ear. The only whale species that could beat it on my list would be the blue whale. At 30 metres long the endangered blue whale is the largest animal known to have inhabited this planet, and the first one I saw was hanging from the ceiling of the Natural History Museum in London, leaving me absolutely gobsmacked by its enormity. To see a live one is considerably more difficult, though there are a few places and times that improve your chances of success, including off the coasts of Sri Lanka and California during migration. 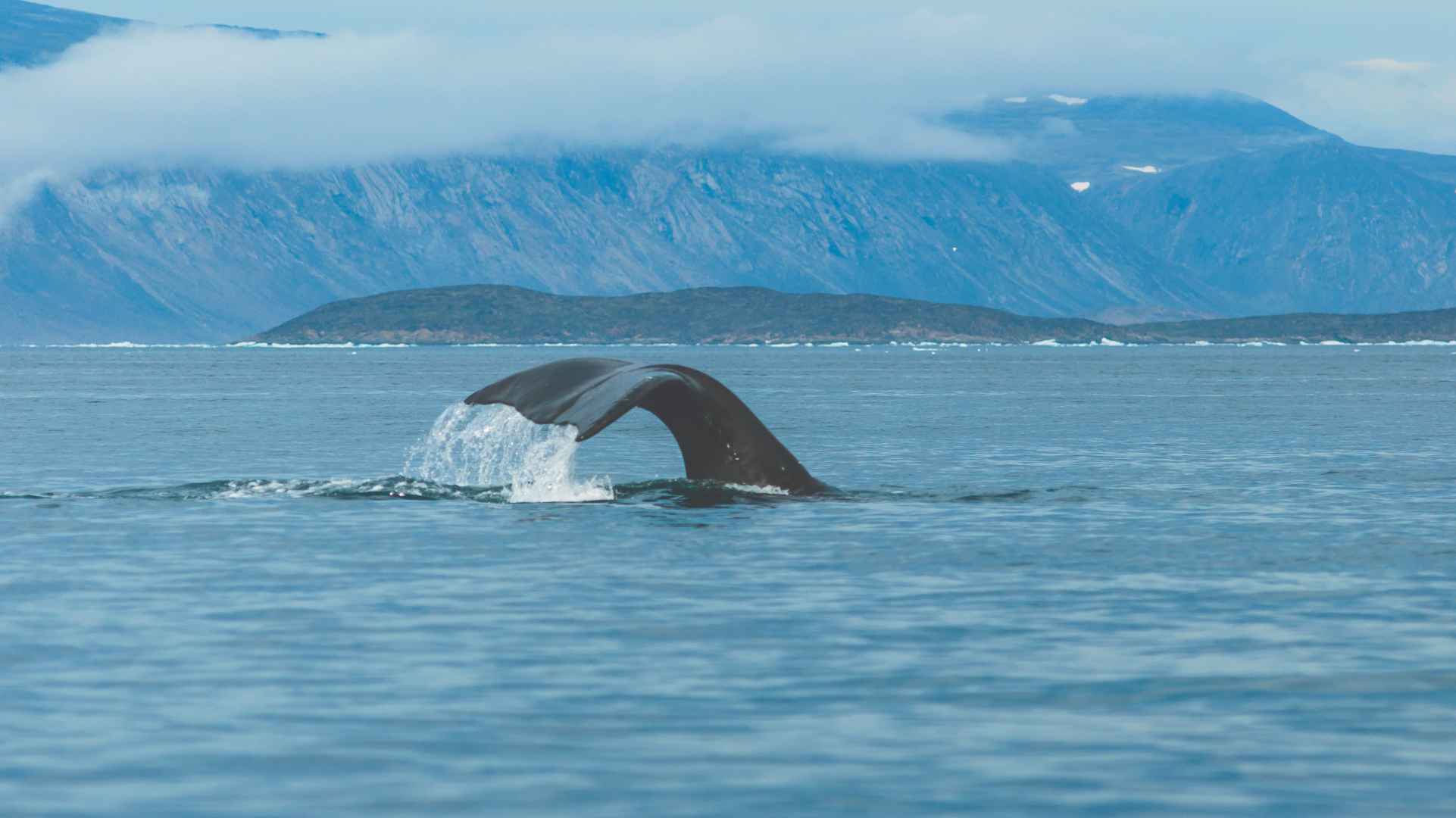 The author captures a bowhead diving in Nunavut on expedition with Outpost. (Simon Vaughan/Outpost Travel Media)

The best way to see a whale shark is to experience one by swimming alongside it. These massive but benign creatures—often in excess of 12 metres in length—are not whales at all, but in fact are the largest non-cetacean animals in the world (that is, the world’s biggest fish!), and I’ve been told that to dive or snorkel with them is both awe-inspiring and humbling. There are a number of places in the world renowned for whale shark swimming, including Western Australia, Mozambique in southern Africa, and the Caribbean from Mexico down to Honduras. 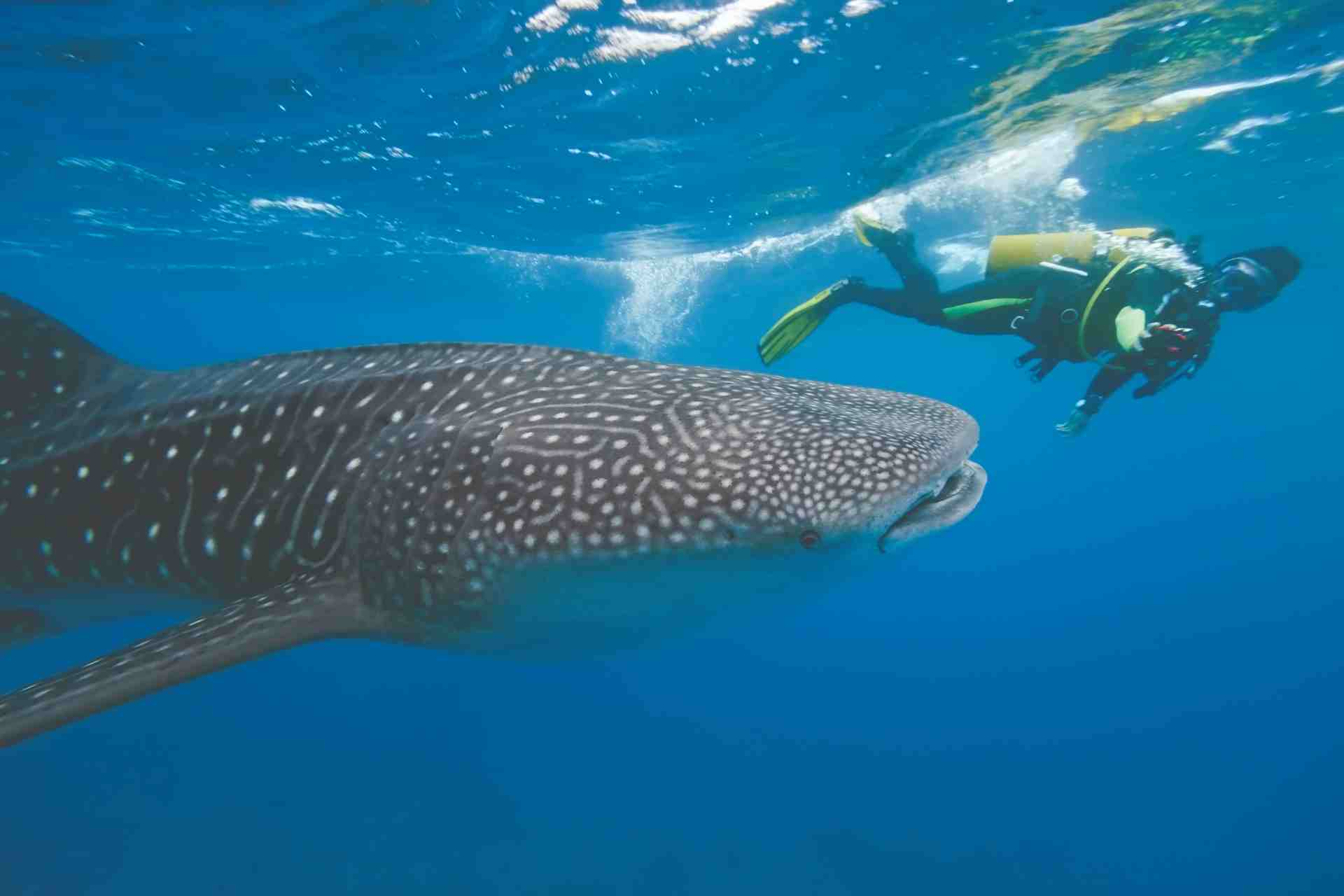 The whale shark, one of the gentlest creatures in the ocean. (K. Odziomek/iStock)

I have wanted to see a resplendent quetzal in the wild ever since I drew one using almost every coloured pencil in my box when I was about five years old. (Yes, I was a peculiar child—haven’t changed much.) Found throughout much of Central America in thick cloudforest, the resplendent quetzal is a medium-size bird that makes up for any deficiency in size by being amongst the most colourful, grand and well, resplendent of any bird in the world. It was of such great significance to the Mayan civilization that rulers would don the bird’s plucked tail feathers, and killing one could lead to your own demise. I once searched in vain for one in Costa Rica—but I don’t give up easily and will return to find one with more time and a better guide next time! 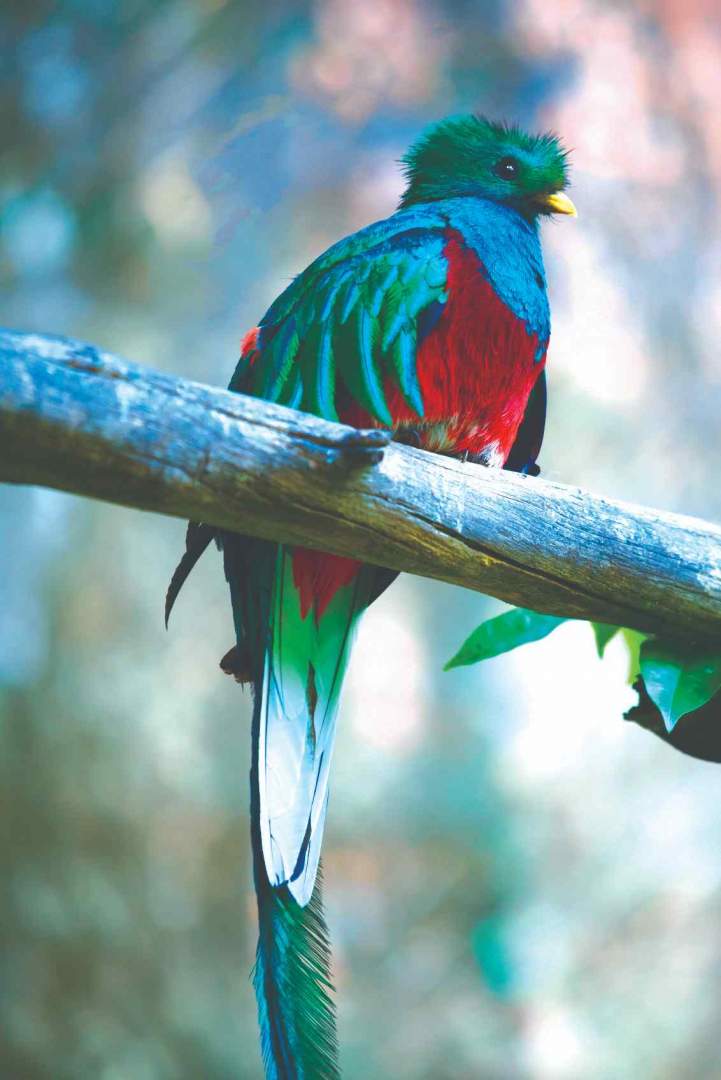 Well, why not? There’s no solid evidence that Sasquatch (or Bigfoot) exists—but hey, we’ve discovered a whole bunch of new species all over the world in the past couple of decades: species of monkeys, sloths, lemurs, a clouded leopard, and even a species of antelope weighing 100 kilograms in Vietnam, so anything’s possible. Isn’t it? If I was going to see a Bigfoot, my best bet would probably be in the thick forests of the Pacific Northwest, like Washington state and British Columbia…or maybe on the Las Vegas strip at closing time. ♦

10 Destination Twins to Twist Your Mind and Tongue