When Face-to-Face with Wildlife Abroad, Don’t Be an Idiot

As with many things, travel in general and ecotourism specifically can make a genuine difference to this world of ours, especially when done properly.

I am a self-confessed wildlife junkie. Give me any fiery-feathered, four-legged, fine-finned creature in its natural domain and I can sit for hours watching it do its stuff.

Though I still have a long list of animals I’d love to see, I’ve been fortunate to have spied many incredible things. However, on my first safari to Africa I learned that not every traveller behaves sensibly around wildlife, and whether well-intentioned, photo-obsessed or possibly with just a screw or two loose I saw something that left me scratching my head.

It wasn’t the people in the minivan who banged on the window to attract the attention of a sleeping lion, nor even the person in the campsite who waved a banana at a baboon to try and lure it closer for a better photo. It wasn’t the person who merrily walked toward the grazing hippo until almost physically hauled away by their guide, or even the guy who tried to pet the warthog. 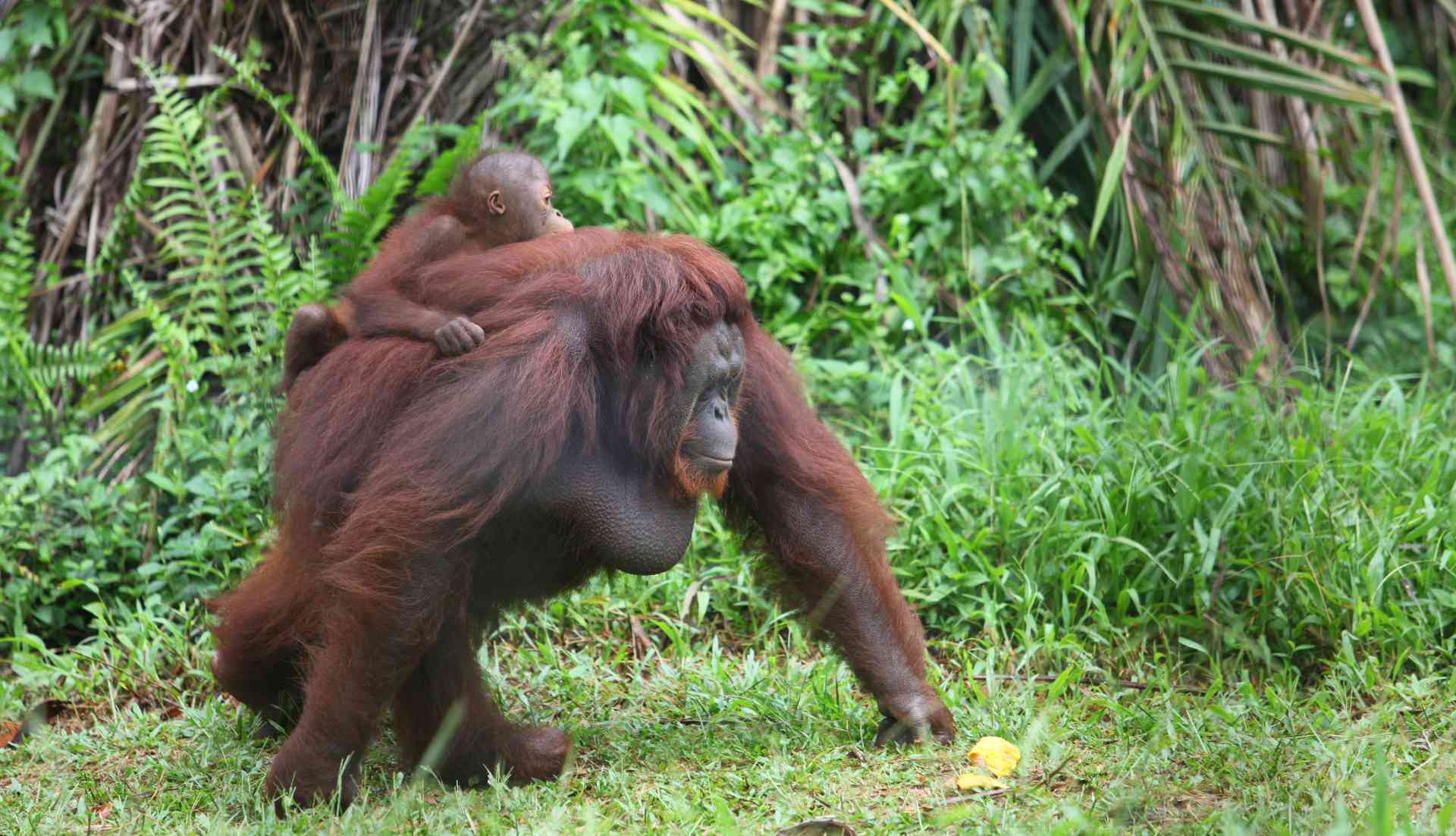 The orangutans on Borneo are indeed hard to resist interacting with! (Credit: Outpost/Colin O’Connor)

Nope, the one I best remember was in Kenya’s Nakuru National Park when we were longing to see a leopard. After hours of searching, the call finally went up that we’d been awaiting.

“Leopard!” hissed one of our group.

The beautiful creature was about 15 feet above the ground and staring at us intently while sprawled on a long branch. We snapped away until another vehicle approaching from the opposite direction stopped in front of us. Inside the car was what seemed to be a family hosting visiting relatives, and we were delighted to share “our” discovery with them all.

Or at least we were delighted, until the situation took a menacing turn.

“That’s not real!” an occupant in the vehicle proclaimed in a voice loud enough to shatter our reverential silence.

“Look, I’ll prove it. I’ll get out and show you,” he continued, grabbing his camera. Our guide was a professional, and though in no way responsible for the other group’s actions tried to talk the possibly inebriated and certainly whacko visitor out of gaining celluloid immortality.

“It is real,” he said quietly but firmly across to the other group. “Don’t even think of getting out of your car.”

The man scoffed at the opinion and the order.

“It’s not real. Look, it’s not moving. It’s dead or something,” he replied, as the debate continued and we heard the car door open and a foot extend to the ground, all under the now rather-too-watchful gaze of the leopard.

Finally, after giving up, our guide told the man to do whatever he liked, then in a voice loud enough for him to hear turned to us and said: “Get your cameras ready, there’s going to be blood!”

We didn’t know whether to laugh or look away—though every one of us got our cameras ready just in case.

“It is real,” he said quietly but firmly across to the other group. “Don’t even think of getting out of your car.”

Alas, the man finally got the hint—or sobered up, chickened out, whatever you want to call it—closed the door and drove away. Unfortunately, it wasn’t the last time I saw or heard of people acting very badly around wildlife in Africa and around the world. And sadly, years later, similar stories still make the news today.

Recently, a Quebec man in Yellowstone National Park scooped up a young bison calf and put it in the back of his SUV. Fearing the creature was cold and in danger, he drove it to the local ranger station. As well-intentioned as he was his actions, sadly, resulted in the nursing calf having to be euthanized when the rangers were unable to reintroduce it to its herd. The rangers filed a criminal complaint against the tourist, but he’s unlikely to suffer much more than a modest fine.

As in many parks around the world, Yellowstone orders visitors to stay at least 23 metres from wildlife, and further still from wolves and bears. This was originally for the tourists’ own good, but in our increasingly YouTube- and selfie-obsessed world, it’s as much about the well-being of the animals today as it is the people.

And unfortunately, our Quebec traveller is just the tip of that iceberg.

Earlier this year, Argentina’s Fundación Vida Silvestre, an arm of the World Wildlife Foundation, reported that a baby Franciscan dolphin had been killed in Santa Teresita near Buenos Aires when mobbed by dozens of beachgoers for selfies. The youngster had been passed from hand to hand to hand for photos until it died. One of the beachgoers, whose video went viral, later claimed that the dolphin was already dead when the mob-scene began; but whether he was just trying to cover his tracks or not, you have to ask why anyone would want to manhandle a live baby dolphin or hug a dead one just for a selfie.

There are unconfirmed tales of people picking up and hugging wild penguins, and confirmed stories of drunks kicking penguins in Australia. People have removed seal cubs from a beach in Scotland for selfies, and a tourist in Macedonia dragged a swan by the wing for a photo before reportedly leaving it to die.

Earlier this year a shark died in Florida after being wrestled onto a beach for a selfie; and last year a California man was bitten by a four-foot rattlesnake while trying to wrangle it for a picture. And even as I write this, a gang in the Dominican Republic that included both tourists and allegedly—and appallingly!—lifeguards from a nearby resort (according to news reports) pulled a shark from the ocean to take a group selfie. Poor thing died.

With an Internet explosion of similar stories, videos and photos, a few years ago the wildlife group Care for the Wild International launched an effort to dissuade people from using animals as selfie-props while travelling.

Their campaign was aimed primarily not at animals in the wild but at those kept as money-makers for tourists to cuddle while a friend snaps a few shots for their social media accounts. While the majority of people who take advantage of the opportunity are almost certainly animal lovers, they fail to realize that their actions are harmful—not just for the animals they’re cradling, but sometimes even for an entire species.

There are very few baby animals that aren’t cute, something that unscrupulous sorts realized a long time ago. Whether being captured for sale in the illegal exotic pet trade or to be kept at a beach resort for visitors to cuddle for photographs, few baby animals reach the human world gently. Occasionally they have naturally become separated from their herd or family, but more often their family was slaughtered by poachers keen to make a few dollars from the babies.

It’s a horrific trade, and one that wouldn’t even exist if it wasn’t for those of us who want to have our photo taken with some exotic creature. As with many things, travel in general and ecotourism specifically can make a genuine difference to this world of ours, especially when done properly. Wildlife is no exception, but only if travellers follow a few key guidelines.

The Root of all Pleasure | a Sweet Potato Risotto Recipe

How the Brexit Referendum Could Affect Your Travel Plans