What Was Your Most Memorable Expat New Year’s Eve? | When you move abroad, you’ll never have to spend another New Year’s Eve at home struggling to stay awake until the countdown is over.

You know the drill…

The token bottle—or glass—of champagne.  Flipping channels and watching other people have fun. Hearing fireworks go off in the distance, and distant voices raised in mirth. And then shuffling off to bed, feeling left out and unappreciated. 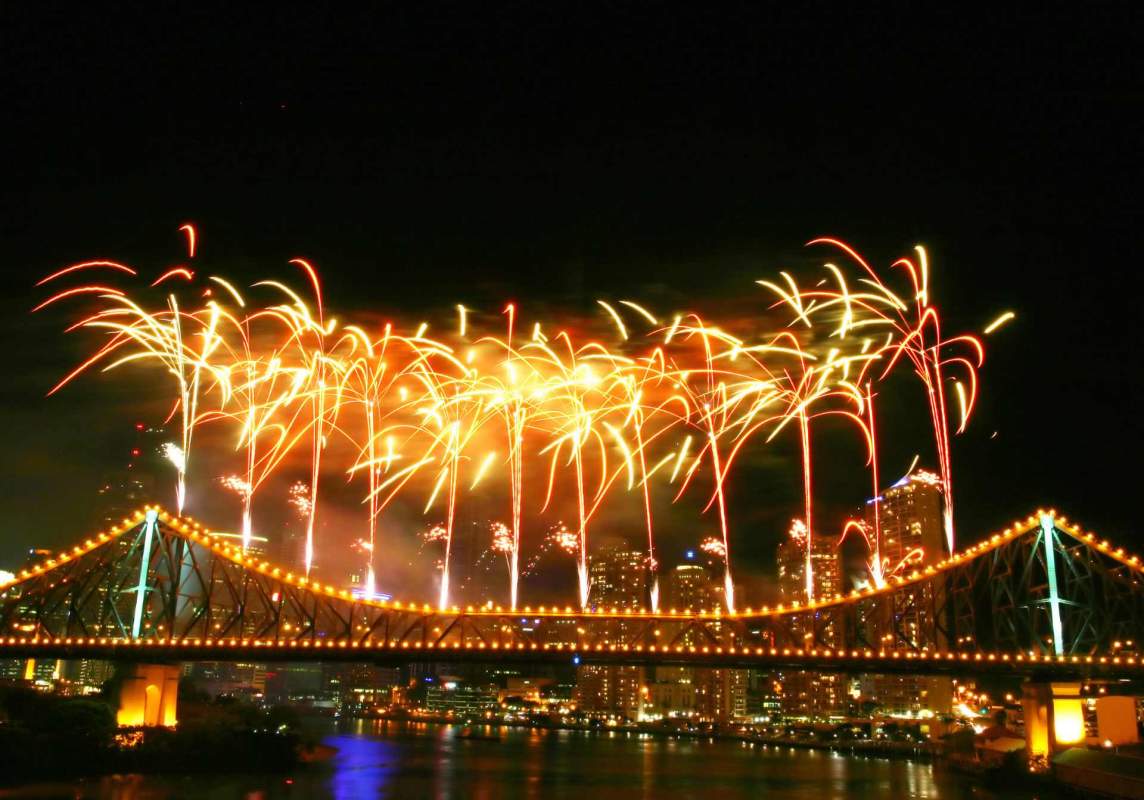 New Year’s Eve is supposed to be one of the wildest nights of the year. As hedonistic as Halloween, but without all the kinky costumes. But unfortunately, it rarely lives up to the hype.

Unless you’re an expat.

That’s right. When you move abroad, you’ll never have to spend another New Year’s Eve at home struggling to stay awake on the sofa until the countdown is over.

Here’s a little inspiration from my years of celebrating on the road.

My Most Memorable New Year’s Eve

Prince had foreshadowed it nearly 20 years before. And now it was here, and we were getting ready to party like it’s 1999.

I didn’t want to be sitting at home for this. Not because I like large crowds, but because I wanted to have a cool answer for the question, “Hey old timer, where were you when the clock turned from 1999 to 2000?”

I didn’t have any money to travel. But I did have a childhood friend who lived in Washington DC. And so I bought a Greyhound Bus ticket and made the long overnight journey from Prescott, Ontario.

We bumped along in a thick fug of old socks and fast food, through towns like Wilkes-Barre and Harrisburg. I felt like a character in a Kerouac novel, or a Bukowski poem. But I wasn’t headed to Skid Row on the other end.

So yeah, we were down on The Mall with thousands of other people when the ball dropped. We’d laid the foundation in a nearby Irish pub, where after a few pints of Guinness everyone in the room became fast friends. And we staggered down to see the fireworks display. 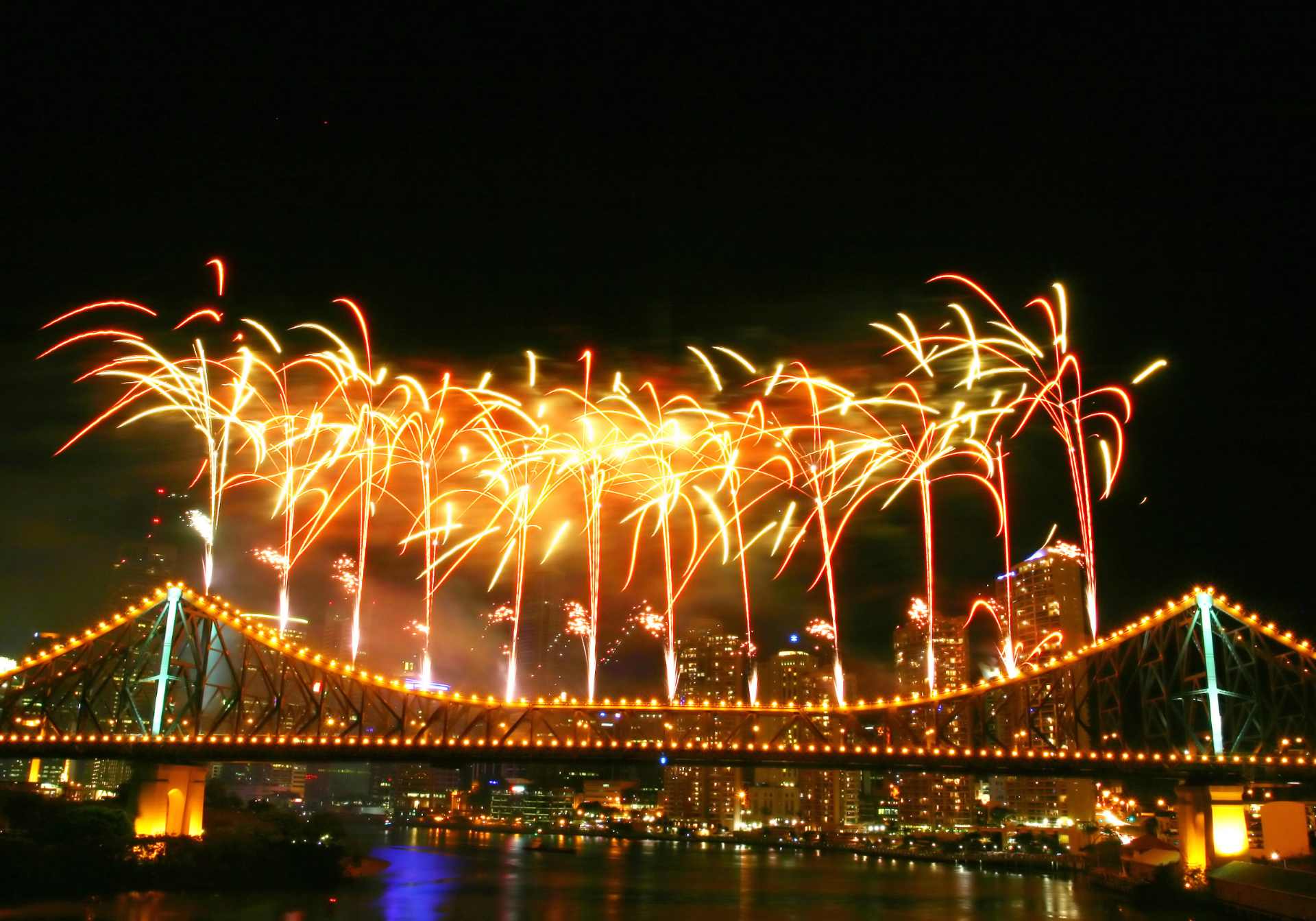 We got misty-eyed together looking back on our two decades of friendship, and on how far we’d come. And then another thought occurred to me: Y2K.

I turned to Eric and said, “You know this Y2K stuff? Where all the computers are supposed to go crazy at midnight?”

“Yeah,” he said, shouting in my ear over the crowd.

“I read somewhere that there was a possibility of missile systems launching nukes in a big electronic frenzy.”

He nodded. He had seen that story too.

“Well, aren’t we standing in just about the worst possible place if that happened?”

We thought about that for a second, and then he shrugged and grabbed another beer. If the world was going to end at any second, then I guess Prince had the right idea.

My Most Interesting New Year’s Eve

Christmas isn’t a big deal in Japan. It’s not tied to the story of Jesus like it is in many Western countries, or even to the Pagan stories that came before the Christian era.

The closest comparison I can think of is Valentine’s Day. Christmas is a romantic time when couples buy each other presents. Or at least young, newly dating couples.

The big family holiday in Japan is New Year, and I flew over one year to celebrate it with my wife’s family.

The day starts with an obligatory cleaning of the house. Yeah, that’s right. You have to work for your dinner.

Now, doorways are very low in Japan, despite the growing average height of younger generations. I lived in Tokyo for two years, and I regularly injured myself on the door frame between my living room and kitchen. But somehow I had forgotten this painful lesson. Or maybe I blocked it out.

I was busy cleaning something in the back hallway, working up a sweat to try to impress my new in laws. And I went into the utility room to wring out my cloth. But I forgot to stoop…

I felt an enormous wallop followed by a searing pain. My vision went blurry, and I staggered and grabbed the wall. And when I touched the top of my head, blood was oozing from my scalp where an inch long section of it had been scraped away.

I stood there for a few minutes until the dizziness cleared. And then I hid in the storage room until I stopped bleeding, because there’s no way I was going to admit that to anyone.

But it isn’t all domestic drudgery, thankfully.

Once you’ve got the misery of the family house cleaning out of the way, the focus shifts to food. And I hope you’re prepared to feast, because it really is something out of this world.

But the part everyone looks forward to is the sashimi and sushi. Tomoko’s father buys an enormous platter of the stuff from the local fishmonger. And we wash it down with beer, excellent sake, and some of the world’s best Japanese whiskey.

When the table has been cleared, everyone reclines where they can and attempts to digest this feast, often while watching the traditional New Year’s Eve variety show on TV.

But the night isn’t over yet, because we’re waiting for midnight.

At midnight on December 31st, Buddhist temples all over Japan ring their bells 108 times. The head of the family visits the temple to say a prayer for the coming year, and other family members go too. And then everyone eats a bowl of soba (buckwheat noodles) and staggers off to bed.

New Year’s Day is also when people consume what is probably the most dangerous food in Japan. When asked what that is, I bet a lot of people would assume fugu, the poisonous blowfish prepared only by specially licensed sushi chefs.

But no, if you chose fugu then you would be wrong.

I’m talking about the humble mochi (soft rice cakes). Old people choke to death on them every year. They even put public service announcements on television, saying, “Don’t let grandpa choke on a mochi!” But still the elderly clutch their throats and drop like flies.

And the worst thing is, mochi doesn’t even taste very good.

My Most Fun New Year’s Eve

Finally, the best New Year’s Eve that I can remember didn’t happen abroad at all. It happened before I even moved away.

Artie, one of my best friends from high school, and his wife Sheryl, threw a house party. And they invited all our old high school group: the Breakfast Boys and the Hairspray Crew.

We were in our early 30’s by then, and we’d all somehow ended up with jobs and busy lives. It had been years since we’d all been in one place without distractions.

They cranked on the 80’s music, the drinks flowed freely, and somehow it all just came together. We literally travelled back in time to our very best high school parties.

The same people drank too much. The same people got into the usual dumb arguments, and the same friends had to go calm them down. We told most of the same jokes and stories too, and me and Jen and Tina busted it out on the dance floor to Bizarre Love Triangle by New Order. Just like we did in grade 11 and 12.

I’ve been around the world a few times since then, but that’s still the best New Year’s Eve I can remember.

That night reminded me of just how important those old friends are to me, and of how much we miss by not seeing each other more often.

Those friends shared the hopes and fears of your formative years. They know where you came from—what your family was like, how cool or rotten your parents were, the dumb stuff you did as kids. And they share the same references, because everyone came from the same small town, went to the same schools, and knew the same people.

No matter how successful or unsuccessful you are later in life, to those friends, you’re still the person you were back in high school. And you will never lose that place.

And that’s what we think about on New Year’s Eve, when the corks are popping to the first sad strains of Auld Lang Syne.

So let us raise a cup of happiness, gentle reader, to the old friends we grew up with, and to the irreplaceable stories we created together and the beautiful times we had.