Dancing with the Dictators: Can You Ethically Visit Countries with Corrupt Governments? | The world’s biggest travel-blogger conference will be held in Zimbabwe in 2018, and some bloggers are boycotting it to protest the country’s corrupt government. But should more people listen to them?

It was recently announced that next year’s TBEX International—the Travel Blog Exchange annual conference—will be held in Harare, Zimbabwe in July 2018. For many travel bloggers, social-media maestros and industry scribes, the annual event is a must-do for networking, reconnecting and learning from peers and professionals alike. 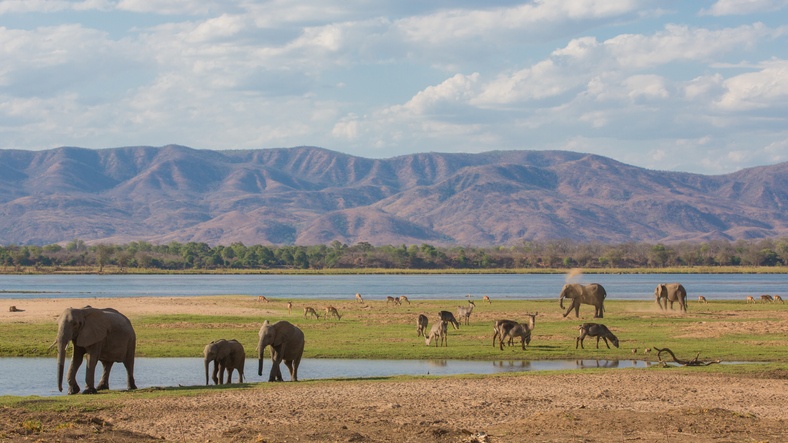 The spectacular wildlife of the Zambezi River floodplain. (iStock-Jez Bennett)

However, next year’s conference is already causing quite a stir because of its location. Zimbabwe has been a pariah nation for human-rights organizations and pro-democracy movements for the past few decades. Accused of rigging elections, threatening critics, murdering opponents, silencing the press and persecuting ethnic rivals and homosexuals, Zimbabwean president Robert Mugabe has gone from being a promising post-colonial leader to a totalitarian disaster.

For those reasons and more, some usual TBEX attendees and social-justice activists are expressing strong reservations about having the conference in Harare. The problem isn’t necessarily Zimbabwe as a travel destination, but rather TBEX’s close work with Mugabe’s government in organizing the conference that is raising eyebrows.

This is not a new dilemma

Many responsible travellers have found themselves in a moral quandary when it comes to visiting countries with poor human-rights records, or that are ruled by totalitarian regimes.

While few people wish to support an unsavoury government, it can be highly beneficial to visit countries under oppressive rule—to connect with local people on the ground, and to find out what’s really going on.

Sometimes it’s possible to navigate our travels away from government-owned hotels and put more money into the hands of local people, but it’s generally unavoidable not to leave at least some of our hard-earned dollars in the often ill-used coffers of some truly reprehensible governments or their officials.

And, unfortunately, any foreign tourism at all—and especially large conferences, conventions and other international events—can also provide a dictator with an undesirable air of legitimacy and approval, whether intended or not.

What can travellers do to avoid paying corrupt governments?

If we’re going to travel to countries with poor records, for anyone who cares enough to want to have a clear conscience once they’ve left, it’s important to ensure that our travels are actually doing some good.

Some years ago, a friend of mine was travelling to Burma (now Myanmar). This was in the truly dark days of the 1990s, when oppression by the military junta was at its worst and my friend, having a very keen conscience, deliberated long and hard about going at all.

As it was virtually impossible to visit Burma independently at the time, after much searching he found a tour operator that shared his concerns and who attempted to maximize interaction with local people while minimizing direct financial interaction with the state.

Occasionally accompanied by a government minder, while he still saw what the junta wanted him to see, he was also able to see the real Burma. He discovered that regular Burmese people were delighted to see him and his fellow travellers, and seemed happy to know that people outside their country were aware of their existence.

Did his visit make a difference to the country? In the grand scheme of things, probably not; to those Burmese people with whom he interacted, at a time when outsiders were rare, most definitely.

I had a similar experience in 1994 when I visited Malawi. Everywhere we went, people stopped, waved and raised a two-fingered peace symbol, accompanied by broad smiles and cheers.

One day I asked someone in a market what it meant.

“It’s the number two,” I was told. “For two-party politics: democracy. A few months ago, we had our first-ever democratic elections. Now we feel we can hold our heads up high and stand alongside democracies like Canada, Britain or America.”

Of course, this doesn’t just apply to the developing world—it’s hard to find any destination that doesn’t come with some political baggage.

There’s hardly a country on the planet that isn’t being boycotted by some traveller somewhere, for one reason or another. Never mind Donald Trump’s United States—in recent years there have been calls from some to boycott travel to Japan because of its whaling industry, Australia because of its treatment of some asylum-seekers and even Canada because of the seal hunt.

As anyone who’s read Outpost’s annual Global Travel Guide issue likely knows, there are very few countries that haven’t appeared in the listings over the years. Some of our inclusions have not always been popular or even particularly palatable—mentioning Saudi Arabia in a list of Emerging Destinations once got us a few notable complaints!—but I stand by my position that any responsible and intelligent traveller should feel free to travel anywhere, as long as they do so with open eyes, an open mind and great awareness.

But what about Zimbabwe?

Having travelled to Zimbabwe numerous times over the past 30 years, and having come to know many Zimbabweans during those travels and later through work, I am a strong advocate for the country’s tourism industry.

Responsible tourism can not only provide the country’s economy with a much-needed boost, but it can provide employment, food, companionship and hope to its people for a better future, if handled properly.

If TBEX goes ahead with their conference in Harare next year, which organizers have indicated they will, it is my hope that they manage to do so in such a way as to bring benefit to the average Zimbabwean, without bringing credibility and propaganda-value to the Mugabe regime.

This Week in Travel News: A Golden Age of Loyalty Rewards as Air Canada Ditches Aeroplan

I will never travel to Russia or China – both dictatorships, as far as I’m concerned. And, I’ve let their respective embassies know that. Travel to these countries only supports their situation.

Thank you for your comment, Sylvia. While I agree that speaking to people who have fled dictatorships and now feel better able to speak freely about their experience is extremely valuable, they alone still don’t provide the whole story. As I am sure you know, the leaders of even the most totalitarian of states often still enjoy the support of some of the people – even if only a very small percentage – and it is for that reason that I believe it can be difficult to form a properly educated opinion without seeing a situation first hand.

As I said in the column, people should only travel to totalitarian states “…with open eyes, an open mind and great awareness.” To visit oppressive states unaware of the political and social realities and to believe everything you are told – often by government-employed tour guides or by those rightfully afraid to speak freely – is not only naive but also irresponsible and can help perpetuate that oppression.

However, better understanding the situation is only part of the story. Visiting totalitarian states can sometimes provide a lifeline to local people, but again, only if done responsibly. While I never solicit political opinions because I have no desire to endanger anyone, I have countless times had people confide in me how difficult their lives are under their oppressive regimes and who enjoy speaking with visitors from countries that enjoy the sort of freedom of speech and basic human rights of which they can only dream.

As a first generation Cuban-American, I disagree that the only way to get to the heart of a country story is to go there and talk to people there. Many times, the people there will be too afraid to tell you the truth. You can often get the real story from people who have escaped, especially relatively recently. You can find out a lot about what’s going on in Cuba and in Venezuela by speaking to people who have recently arrived in the US or elsewhere. You can find out how awful the situation is in parts of Mexico, Honduras, El Salvador, and Guatemala by talking to people who have recently cross the Southwest border. It’s one thing to visit as a journalist for a personal travel. It’s another thing to validate certain things government represents by hosting a paid conference there.

Hi Simon, I’m commenting from the perspective of someone who was raised in Zimbabwe and now spends much of her free time blogging about Zimbabwe travel (without payment). I’m also an advocate of responsible travel to Zimbabwe in general (http://www.greatzimbabweguide.com/is-it-ethical-to-visit-zimbabwe/), however, I think we can agree that the question of TBEX is different.
As you rightly say, “The problem isn’t necessarily Zimbabwe as a travel destination, but rather TBEX’s close work with Mugabe’s government.” The rest of the article doesn’t really address this point as fully as I was hoping. It talks about visiting Zimbabwe generally. Again, I agree with your sentiments hoping that TBEX will “bring benefit to the average Zimbabwean, without bringing credibility and propaganda-value to the Mugabe regime.”

At this stage of planning, we simply don’t know who else TBEX is partnering with. The only other definite player is the Zimbabwe Government Tourism Authority. The conference is taking place in a building owned by the government. So far, there are no other sponsors announced. This means that at this current moment, we can’t fully assess whether or not the conference will be bringing benefit to the average Zimbabwean, or bringing credibility and propaganda value to the Mugabe regime.

In my opinion, it is simply too early to either support OR boycott the conference, until we know more details.

I agree with Simon. I traveled to North Korea in 2001, and spent a month in Burma in 2002, just when that country was making tentative steps towards opening up.

I think it’s important to see such places for yourself, to put a human face on them, rather than blindly accept what the media tells you. And then come back and share what you saw with others.

Sometimes independent travelers are the only way that people living under a corrupt regime can get their story out to the world.