If the night skies are clear, there’s a good chance Canadian photographer and Olympus Visionary Peter Baumgarten is sitting quiet somewhere, getting the shot.

If the night skies are clear, there’s a good chance Canadian nature photographer and Olympus Visionary Peter Baumgarten can be found in a quiet corner capturing images of the breathtaking celestial display.

“One of my favourite types of photography is astrophotography,” he says from his home on Ontario’s Manitoulin Island. “We’re in sort of a dark-sky area. If I drive five minutes out of town, I can’t see the town lights. And if we have a clear sky, I don’t have any sort of ambient light taking away from the image.”

Baumgarten’s love affair with photography began at age 12, when after a long summer spent flipping burgers his father encouraged him to invest his hard-earned money on something useful and meaningful.

“My dad was a bit of a photographer. He suggested I buy a camera, so I got my first 35mm SLR and it happened to be an Olympus OM-1N. I was completely hooked.” 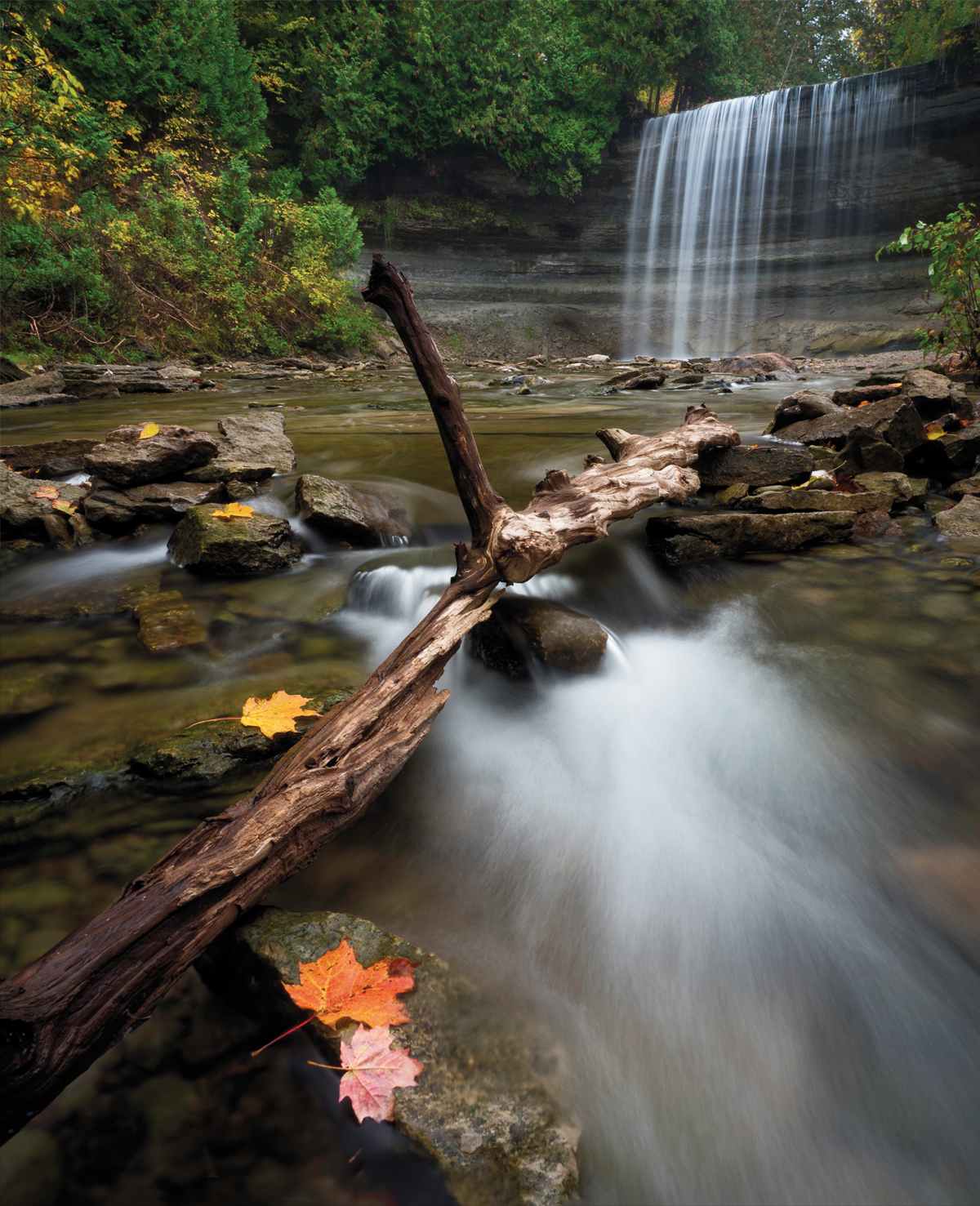 Through the coming years, Baumgarten not only became a photographer but a passionate one, exploring the area around his home by bike, by canoe and on foot, always armed with his camera. By the time he was off to university and then starting a family, he had shot thousands upon thousands of rolls of film. He went on to become a teacher, working in remote communities in northern Ontario, and only returned to his camera once his children had grown older. By that time, digital photography had made its debut.

“I picked up my first digital camera in about 2001,” he recalls. “It was a 3 mega-pixel point-and-shoot, and I decided to stick with Olympus because I loved their film camera. I quickly decided to upgrade to one of their DSLR models.” Like many photographers of the day, he says he was “mistakenly under the impression” that in order to produce spectacular or professional photos, you had to use a bulky DSLR. 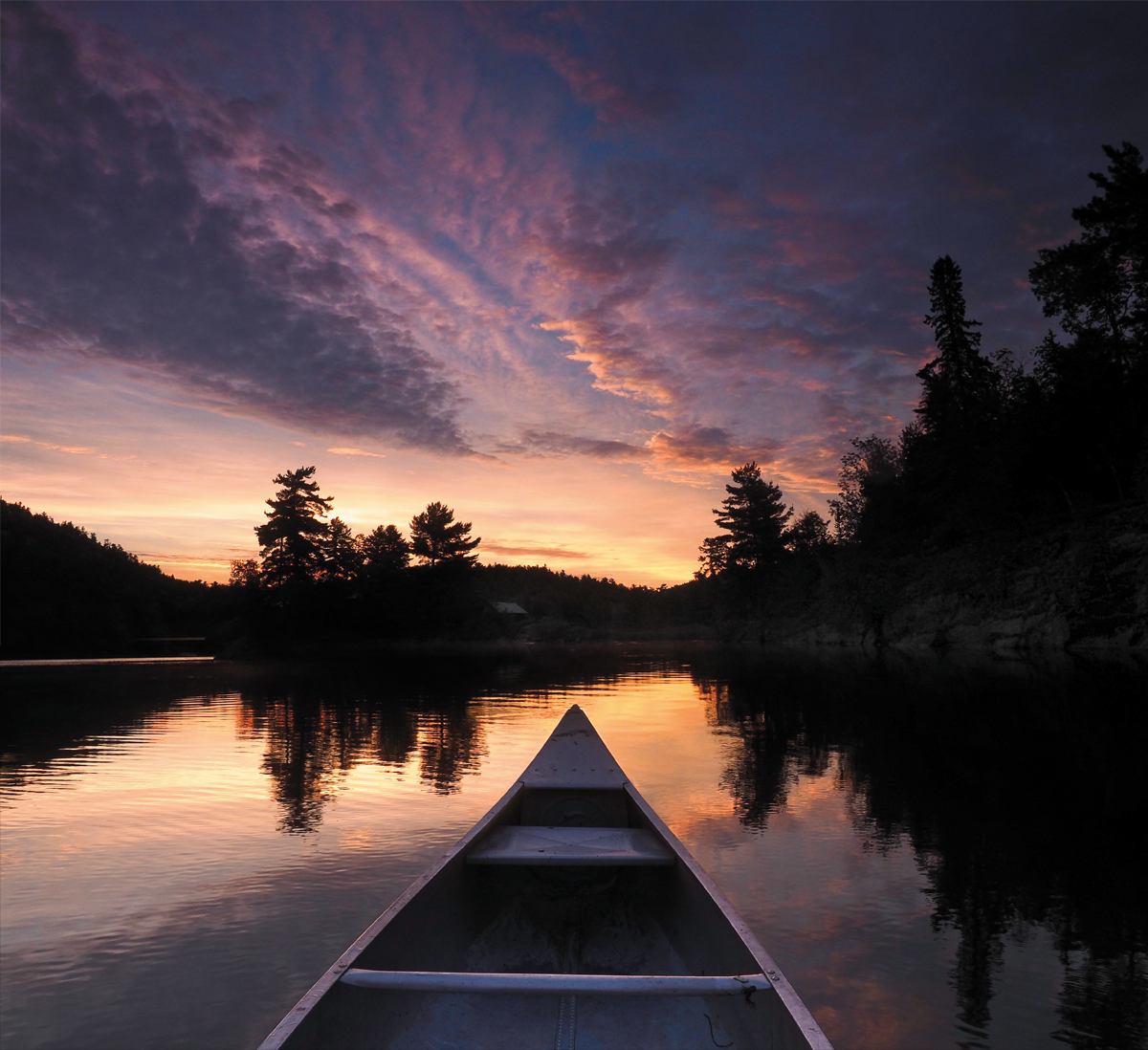 Then he discovered Olympus’ OM-D line, which offers superb, professional-grade shooting in a compact, highly efficient casing. Today, he can’t imagine shooting with anything else.

“I spend a lot of time in the outdoors, so a small camera like the OM-D E-M1 or OM-D E-M1 Mark II, or all of their OM-D line—well, they’re small, but they’re so feature-packed that you’re not sacrificing anything including image quality.” 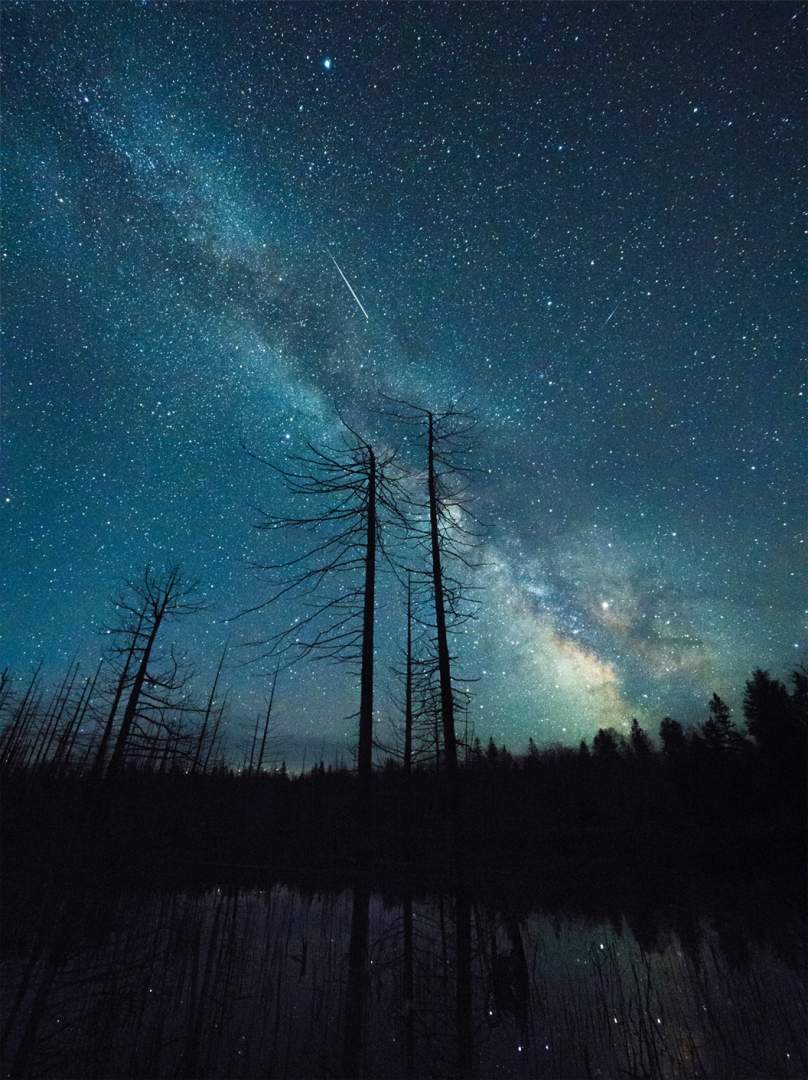 And they’re portable, and lightweight.

“I can easily carry the 300mm F4.0 IS PRO lens handheld. It’s half the size of similar lenses, and half the weight, and you don’t need monopods or tripods, even if tracking birds. Plus, they have built-in image stabilization in some of their newer lenses that work in conjunction with the image stabilization in the camera body. I can shoot birds in flight, handheld, or just carry it for hours and not get exhausted or strained.”

As his renewed love of photography developed, Baumgarten started giving prints of his work to friends, who then encouraged him to exhibit in local art shows. From there, he posted his work online and was published in several magazines. In 2014, Olympus approached him and asked if he’d be interested in becoming an Olympus Visionary. 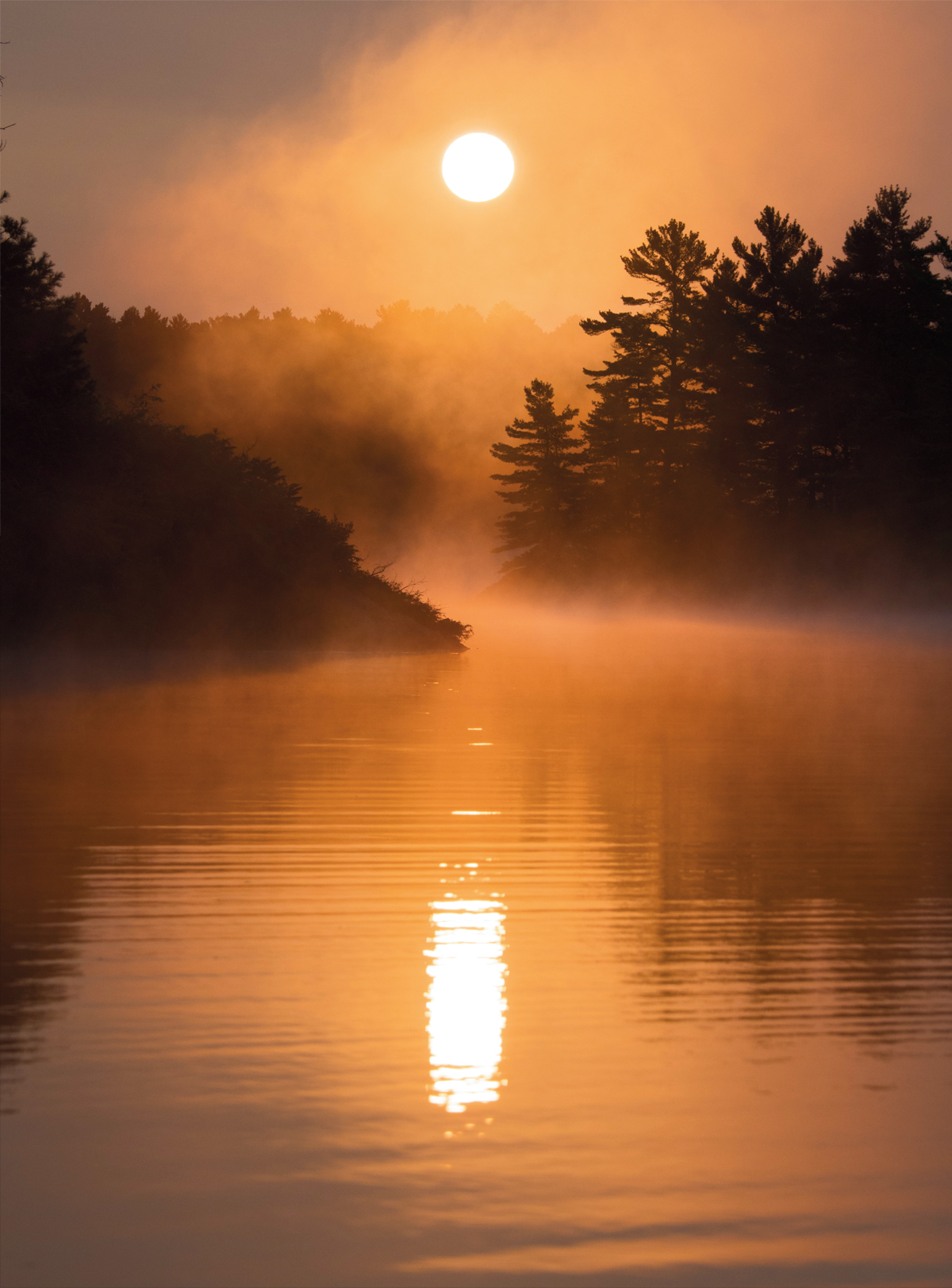 “They said they’d been following my work for about a year, and liked what they’d seen,” he says. Today, living amid spectacular scenery and the landscapes of the legendary Canadian outdoors, Baumgarten is forever reaching for his Olympus, including to pursue his love of astrophotography.

“With Olympus’ new E-M1 Mark II, and the faster lenses, I am getting incredibly bright, sharp stars shooting at ISO 1600,” he says, about shooting the night sky. “I can boost it up to ISO 6400 if I want, but with the newer lenses, if I’m out shooting the Aurora Borealis, I shoot at 1600 and get a really nice bright night sky with very little, if any, digital noise.”

Although now retired from fulltime teaching, Peter Baumgarten continues to teach photography, and to share his passion and knowledge with the new generation—and, he says, he always recommends Olympus. 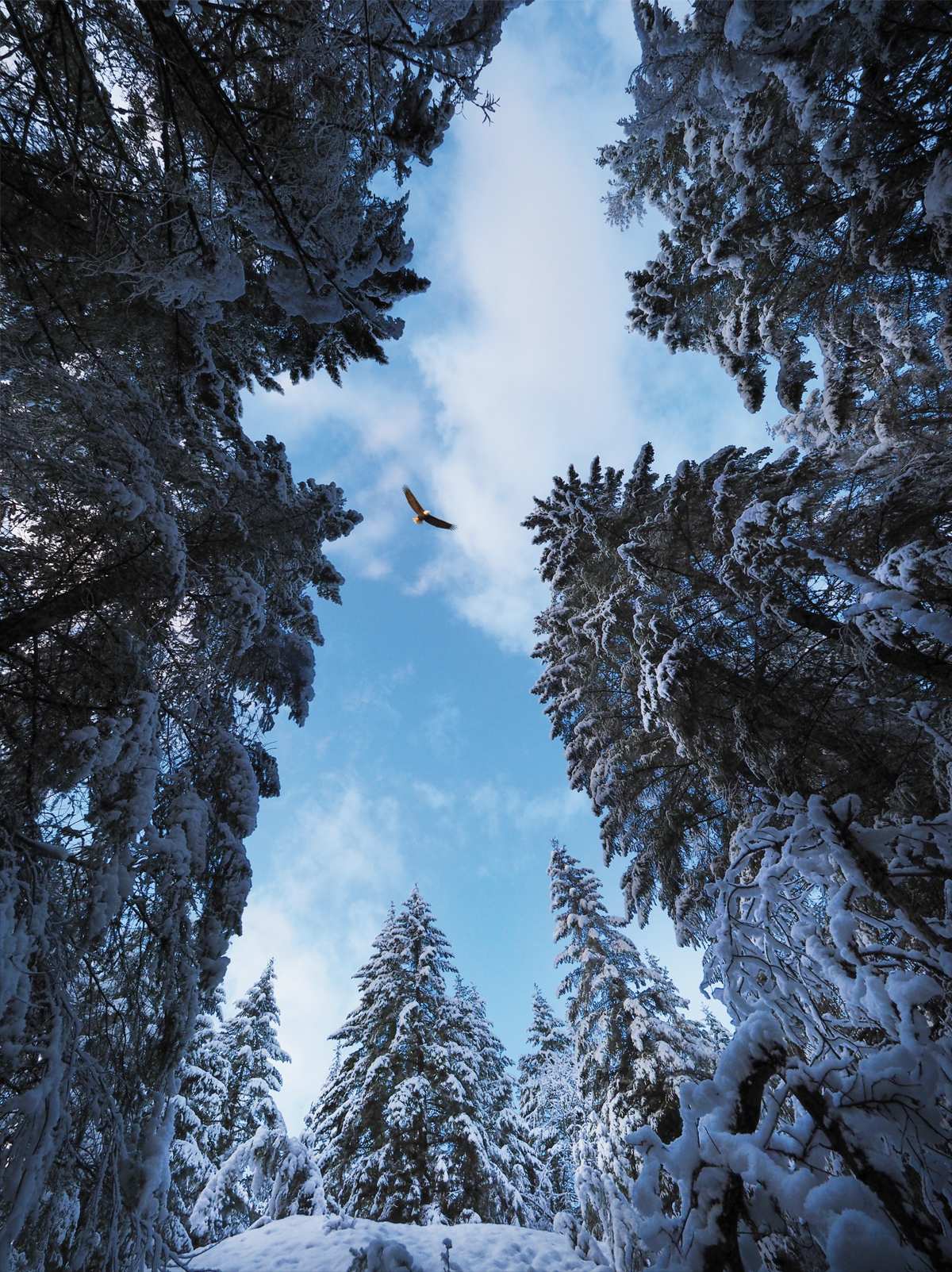 “When my students ask me what camera they should invest in, I always say it’s great to have the latest camera body, but you invest in the lenses! They make the biggest difference to image quality, and that’s the biggest thing about Olympus. As far as digital lenses go, they have the best selection—and they’re constantly bringing out new ones.”

In fact, that’s what impresses him most about Olympus.

“They don’t rest on their laurels! Olympus heavily invests in R&D, and consistently speaks with photographers. They support their camera bodies with new lenses and the best quality glass, and I’m always looking forward to them.” 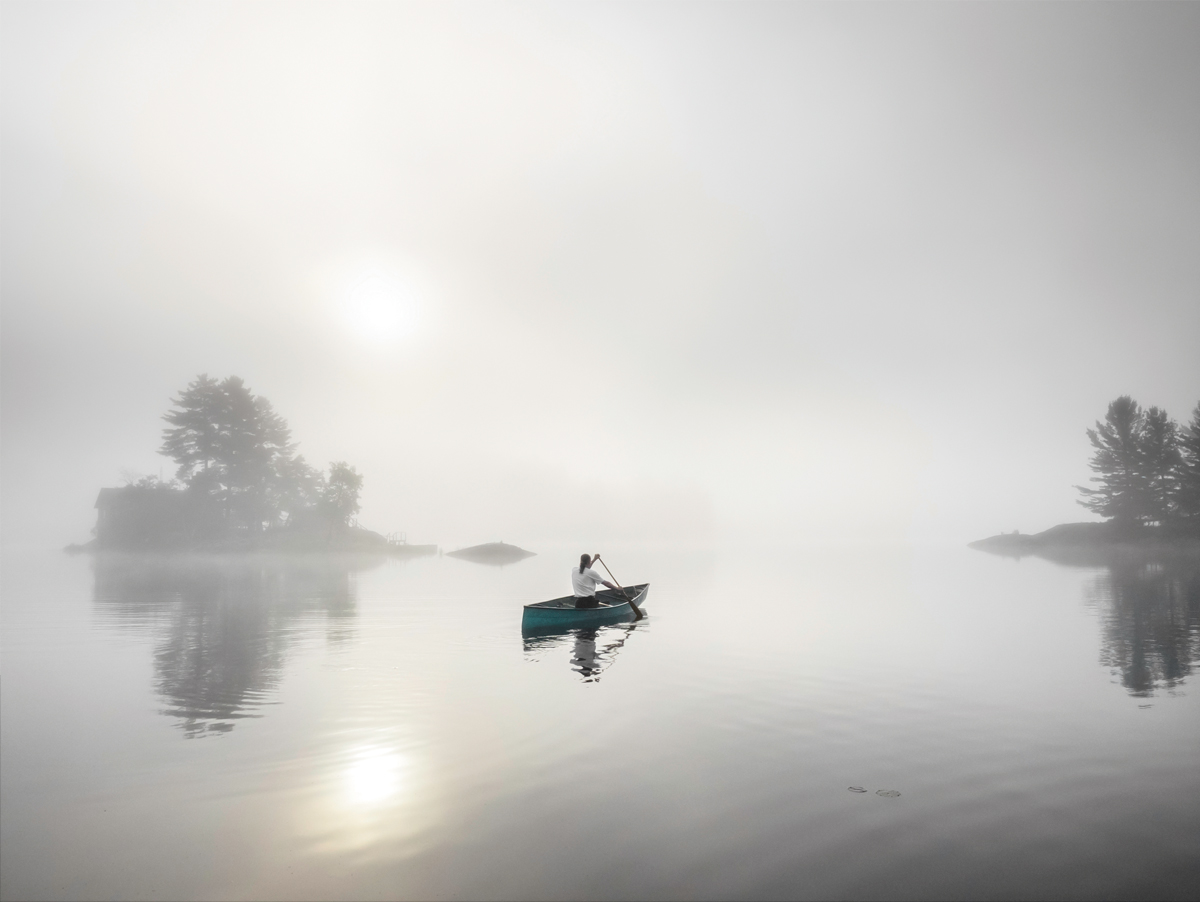 This is a Special Report from Olympus profiling “Olympus Visionaries.”

Be Still My Desert Heart | Searching for History in the Sahara

The Joy of Solo Travel? Meeting Your Most Intimate Self