Spend a Day in Asia’s Most Exciting Art Capital

From the famed woodblock prints of Hokusai to the incredible lacquerware the Japanese are known for, Tokyo’s art scene dazzles!

Tokyo is Asia’s most exciting art capital, but this isn’t a new trend. Japan’s influence on European art and design was most recognizably sparked in the mid-19th century by the ukiyo-e woodblock prints of Hokusai, whose vibrant colours and method of composition influenced the era’s leading visionaries, from Van Gogh and Degas to Whistler.

“Japonisme” became a wider trend following the country’s reopening to the West in 1858, and Europeans eagerly sought out traditional Japanese ceramics, lacquerware, enamels, and fine porcelain. 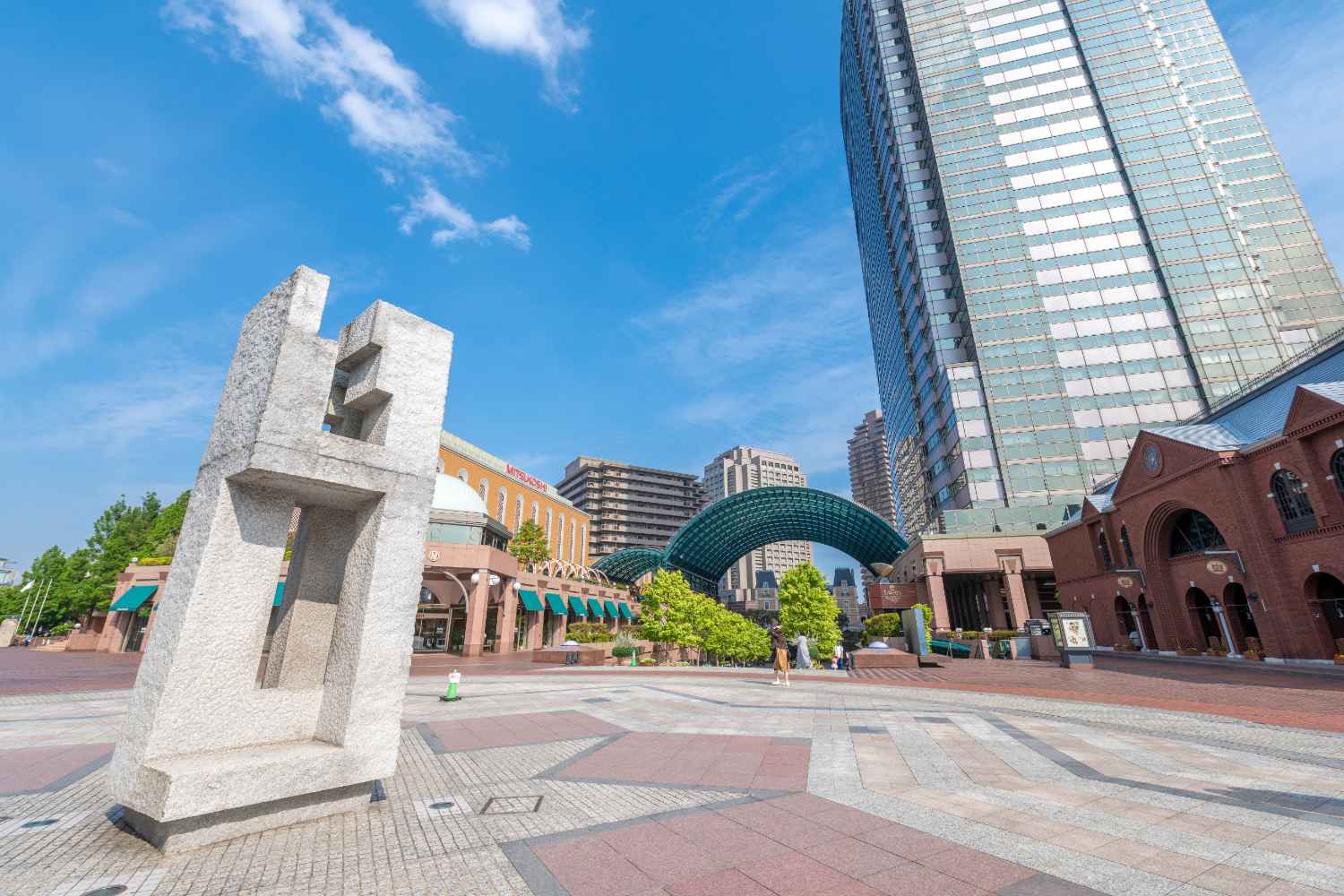 This photo, and above: Ebisu Garden Place. (©genki/PIXTA)

But while Western artists were snapping up all things Japanese, their Eastern contemporaries were also busy absorbing Western culture, assimilating and changing it to fit the Japanese milieu, and playing with contradictions to create something new. They blurred the boundaries between traditional and modern, incorporating mainstream pop culture and sparking new trends, which they then sent back to the West.

Today, celebrities including Leonardo DiCaprio and Drake are collecting the works of Takashi Murakami, and his vibrant imagery is being used by designers in the latest fashions. The polka dots and pumpkins of 90-year old Yayoi Kusama — and her large-scale installations — are an essential feature in the world’s major modern art museums. And Berlin-based Chiharu Shiota is busy exploring a life caught between two cultures through her astonishing labyrinths of coloured yarn.

If you’ve encountered the work of these high-profile Japanese exports or marvelled at their exhibits in Western galleries, then you’ll want to go to Tokyo because there’s so much more to discover.

Where should the art enthusiast go after visiting the excellent National Museum of Modern Art (MOMAT) and the Museum of Contemporary Art (MOT)? The city is bursting with private galleries — you’ll find quite a lot of them around Roppongi (a bustling entertainment district in Tokyo) — but these can be difficult to track down, even for locals. 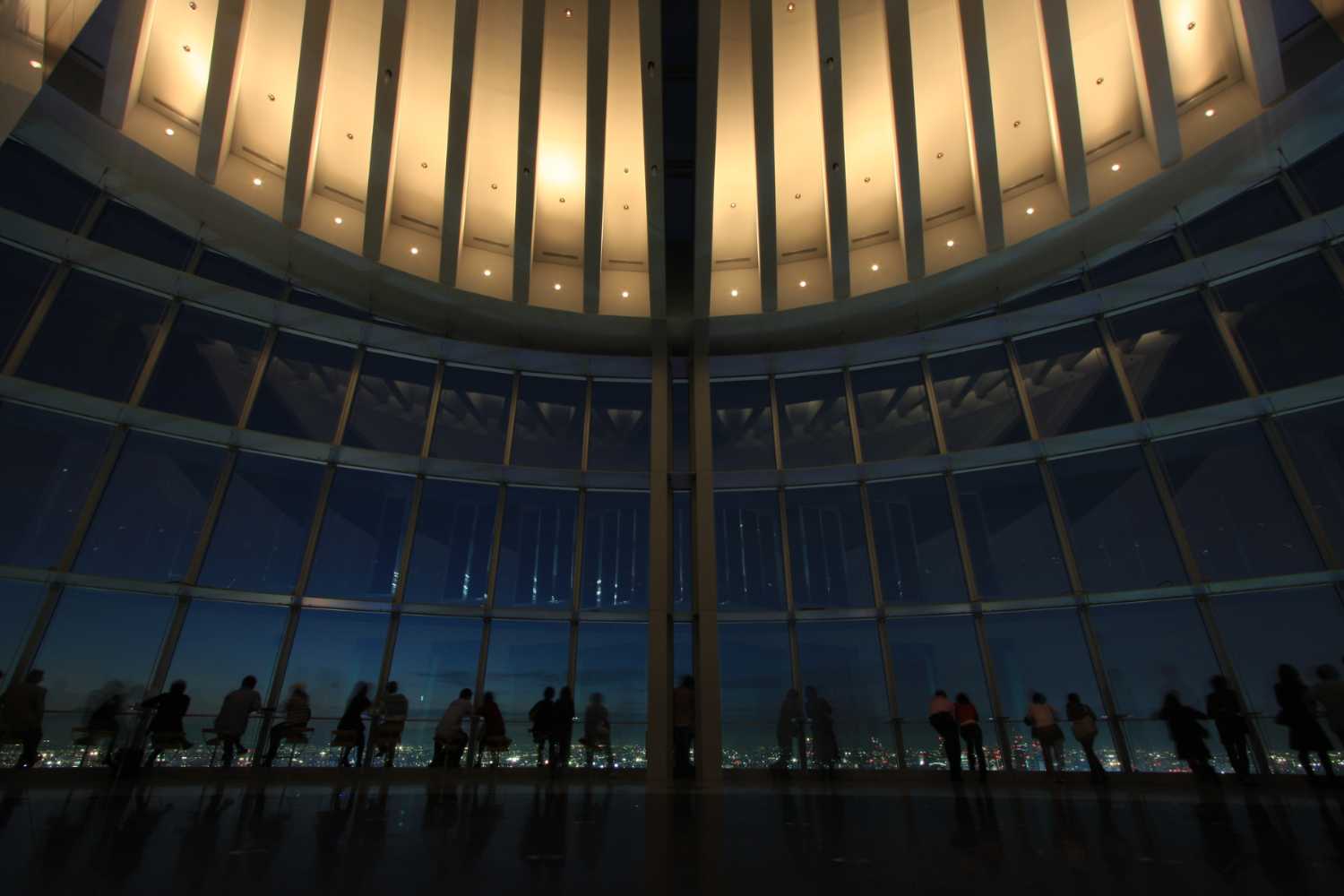 What a view! At Mori Tower in Mori Museum, Roppongi Hills, Tokyo. (©benoa/iStock)

I tend to focus on a handful of larger venues that showcase consistently interesting work. Even if I’ve only got a couple days in Tokyo, I’m sure to find something memorable.

First up is the Mori Museum, hovering high above Roppongi Hills on the 53rd floor of the Mori Tower. The Mori is known for blockbuster exhibitions that feature the most exciting modern art in Asia. I like them best for their innovative curation. Their Roppongi Crossing series captures the pulse of Japan’s contemporary art scene every three years, but they also feature art from the near abroad.

The Mori opened my eyes to an unknown world of Southeast Asian contemporary art with a memorable exhibition that saw a life-sized replica of an elephant suspended from the ceiling over the entryway.

My favourite exhibit is still the first one I encountered. All You Need is Love brought together a diverse range of works from artists including Marc Chagall, Yayoi Kusama, Frida Kahlo, and the photographer Nan Goldin, all grouped around a common theme that transgressed the boundaries of national culture — just like contemporary Japanese art.

When you’ve finished wandering the latest exhibit, take a moment to walk the building’s perimeter to marvel at the sheer expanse of Tokyo from their sky deck. You’ll be plunging into those streets for more art very soon.

From Roppongi Hills, we’ll hop an Oedo line train to Nishi Shinjuku and the Tokyo Opera City Art Gallery. Home to the venerable Terada Collection, Opera City has a reputation for nurturing emerging talent, like the photographer Ume Kayo, whose work captures those small elements of daily life that often go unnoticed.

While Araki might be the country’s best known photographer abroad, Japan has long been an exciting source for contemporary work. That’s were we’re headed next as we swap lenses to zoom in on the city’s photography scene at The Tokyo Photographic Art Museum in Ebisu. It’s the hub of everything photo-related, with a permanent collection of some 33,000 works spanning landscape, fashion, historical and socio-political images.

Their three large exhibition galleries are always showing something you’ll want to see. When I was there last, I saw Shiga Lieko’s Human Spring, a deeply moving collection of images about memory and renewal in the aftermath of the 2011 tsunami that devastated coastal Tohoku.

Whichever exhibit you end up exploring, you’ll need time to think about what you’ve seen. Why not stop for a cold glass of Yebisu beer?

The building you’re standing in — Yebisu Garden Place — was built on the site of the old brewery, and it gave the district of Ebisu its name. Rested up? Good. We’ve got one last place to explore, but don’t worry, it’s not very far. We’ll end this art-filled day with a 12-minute walk from Ebisu station to Diner Megutama, a café where the walls are lined from top-to-bottom with bookshelves.

You’re free to browse their entire collection of more than 5,000 photo books, curated by historian and critic Iizawa Kotaro to represent the vast diversity of Japanese photography.

It’s inspiring, mesmerizing, and as comfortable as an old friend’s living room. I think you’ll want to get here early. Grab a coffee and stay as long as you like! ♦

Who Knew the Trekking in Liechtenstein was So Good?