The Ancient Rivers and High-Tech Islands of Tokyo Bay

Catch a glimpse of ancient Edo by cruising Tokyo Bay by water bus.

Tokyo is a city of rivers and canals. It’s just that most of them now run underground. Before it became a modern metropolis of busy commuter trains and towering skyscrapers, old Tokyo — Edo — was a castle town, where moats and channels transported people and goods through a world of wooden houses that looked like a Hokusai print.

As the city grew, the population swelled, and space was at a premium. Streets and highways were built over rivers, and those waterways — more than 100 of them — were diverted beneath the city, where they now play a crucial role in Tokyo’s water drainage system. Few of us will ever see this world of vast reservoirs and concrete sluiceways, but we can catch a glimpse of an older, water-borne Edo by exploring Tokyo Bay.

Begin your journey at Asakusa, where you’ll pay your respects at Sensō-ji, Tokyo’s oldest Buddhist temple, founded in 646 CE.

It’s also the tutelary temple of the Tokugawa clan, who ruled Japan during the Edo period. We’ll be visiting a site associated with the 6th Tokugawa shogun next. When you’ve finished exploring the temple complex and snacking on traditional foods from the many stalls, catch a Sumida River Line water bus that’s headed towards the bay. 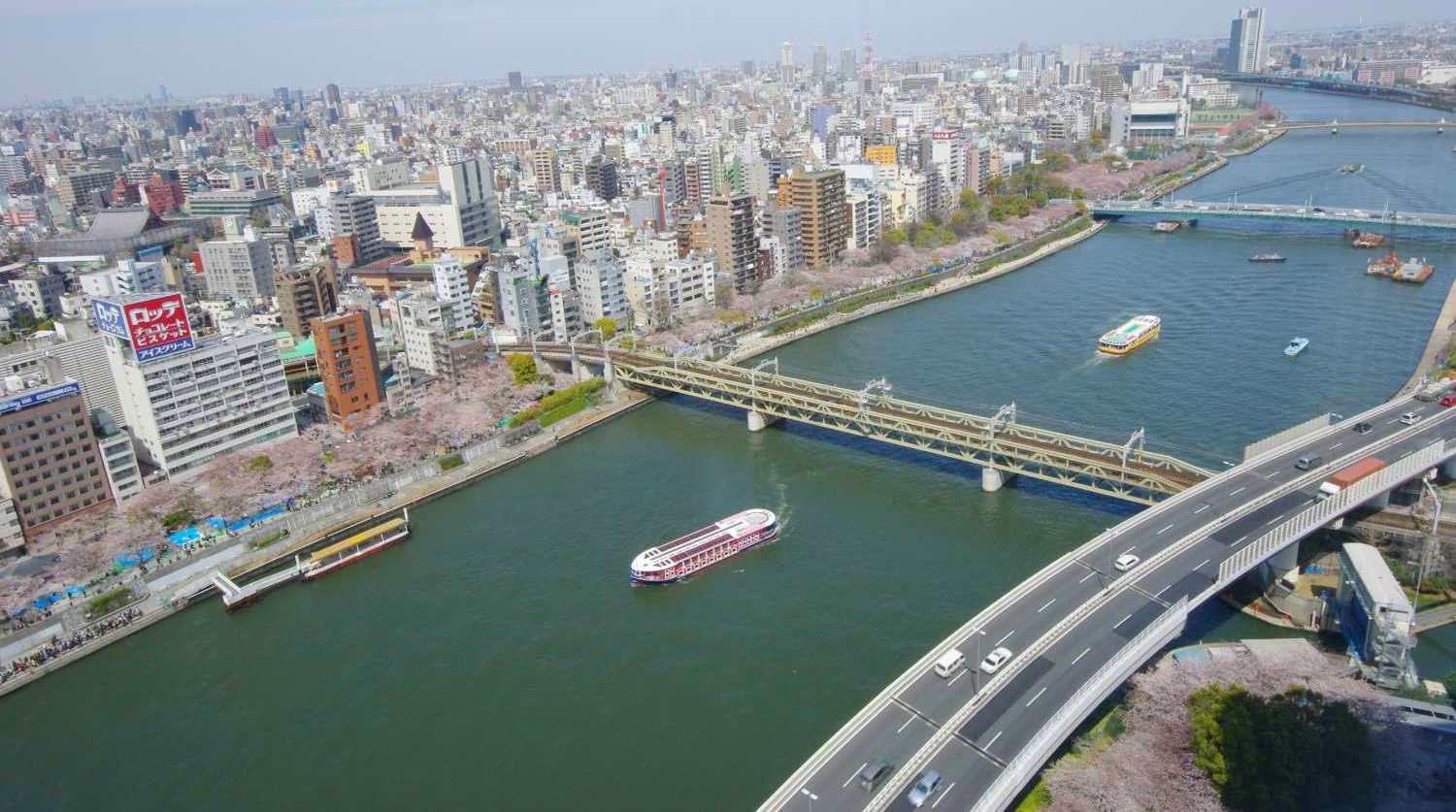 The Sumida River runs through Tokyo. Hopping a water bus is a great way to see the city. (©Yasufumi Nishi/©JNTO) 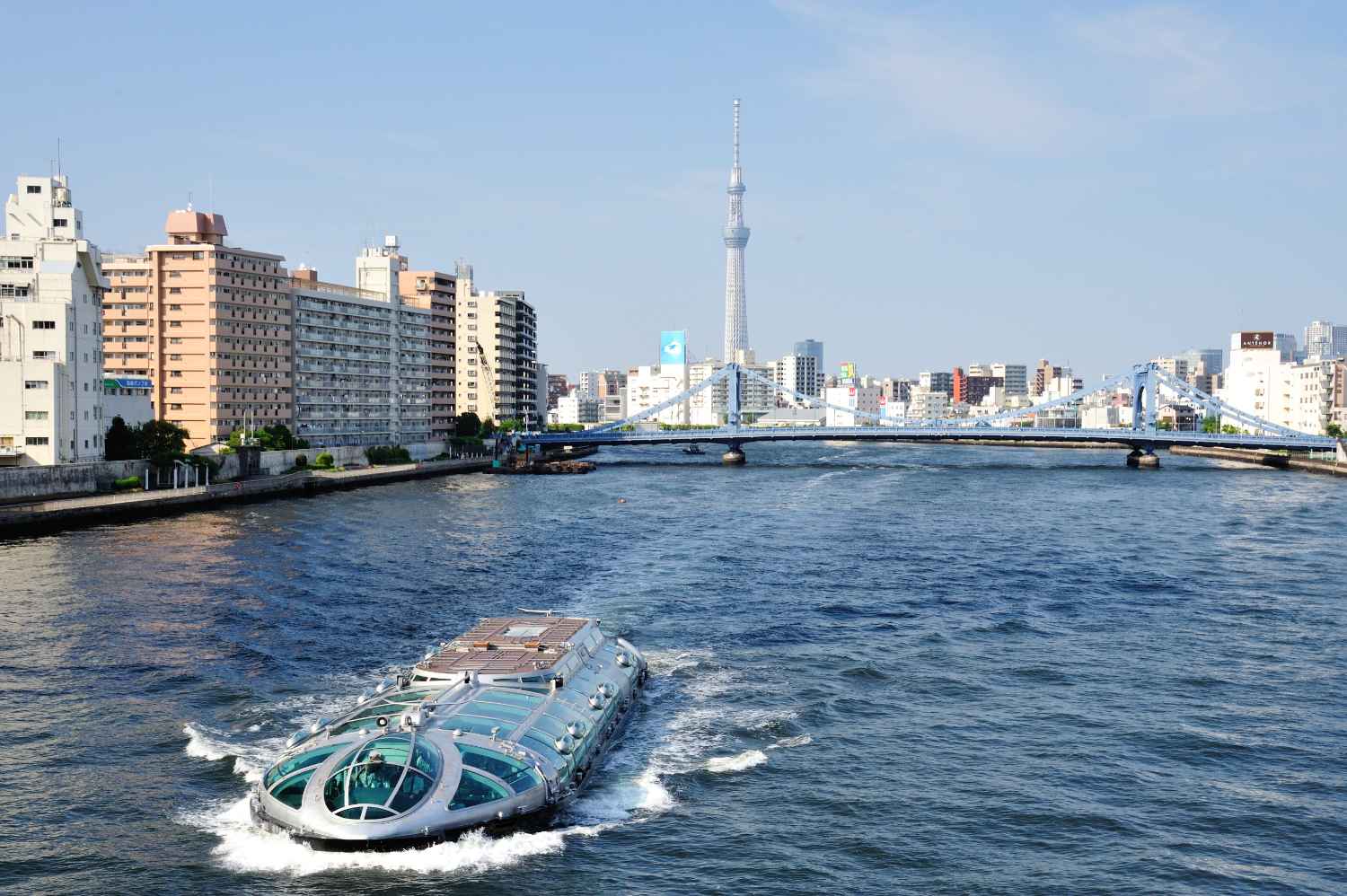 There are two types of boat: the glassed-in Himiko that looks like a steampunk water insect, and the more traditional ferry. If you’re on the latter type, grab a seat on the open rear deck. You’ll want to watch those tall buildings slip past as you make your way downriver.

You’ll glide past Ryogoku, with its Kokugikan grand sumo stadium, and the distinctive stepped profile of the Edo-Tokyo Museum, as you slide beneath bridges and working boats and barges churn past the other way. There’s a lot to take in on such a short ride, but I think you’ll agree it’s so much more interesting than taking a train.

Keep your eyes open for little side canals that enter the river so casually you might not notice them. The Kitajukken River, Kanda River, and Onagi River are just three of the remnants of those old moats and channels we were discussing earlier.

Get out at the next stop: Hamarikyu Gardens. Today it’s a landscaped oasis of peace surrounded by skyscrapers, but this beautiful riverside garden was once the Edo-period Shogun Ienobu’s private duck hunting grounds.

The gardens are built around a series of ponds, with paths radiating through peony gardens, groves of plum trees, traditional duck blinds, and even a grave to commemorate the spirits of the ducks hunted on these grounds. I stumbled across a display of falconry in a vast open field on my last visit. A camera crew was gathered nearby, attracting a slowly growing crowd, but the falconer wasn’t having much luck. His bird had gone up a tree and stubbornly refused to come down.

When you’ve finished exploring all of Hamarikyu’s hidden corners, return to the pond. You’ll find a teahouse in the middle, connected by three bridges. It’s the perfect place to rest your legs and enjoy a cup of matcha. And if you pull down your hat to block out the skyscrapers, you might even imagine you’re the Shogun himself taking a break from Imperial intrigue. 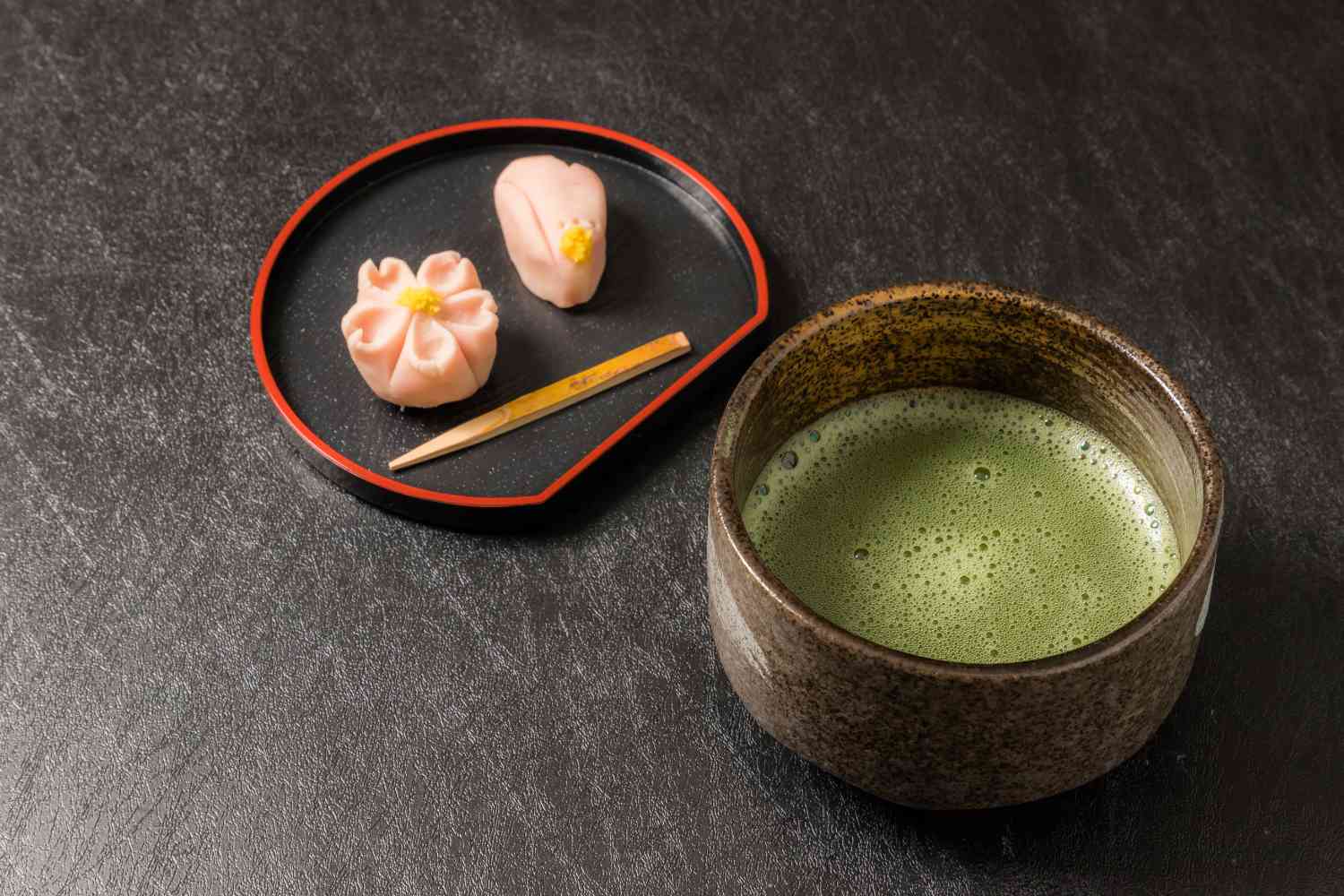 If you think you’ve caught a whiff of salt air, you’re right. The pond is connected to the sea, and the waters of Tokyo Bay flow in and out with the tide. Speaking of which, it’s time for you to flow out again, too. Go back to the dock and catch the same boat you were on previously.

It’ll take you to Hinode Pier, where you can transfer to an Odaiba Line boat. You’re headed to one of the city’s main pleasure grounds: the manmade island of Odaiba, one of Tokyo’s most popular green spaces.

Tokyo Bay was once ringed with a line of small defensive batteries; little islands that hosted forts and cannon, built to defend the harbour’s entrance towards the end of the Edo period. They were consolidated into two large manmade islands during the economic boom years of the 1980s, but whatever development was initially planned for them was cut short by the recession that fell when the bubble burst.

A location like that wouldn’t remain vacant for long. Hotels move in during the 1990s, and Odaiba was transformed into a high-tech entertainment district, swept by Bay breezes and graced with views of Tokyo’s glittering skyline.

The boat will drop you at Palette Town, Odaiba’s shopping and entertainment complex. You can wander through two large malls, ride the 115-metre tall Ferris wheel, play video games in an enormous arcade, or visit the new Team Lab Digital Museum to immerse yourself in a virtual world of swirling visuals and soundscapes, where artworks lose their borders and you step inside the frame.

You’ll find lots of food options at Odaiba, too. I never seem to make it further than Tokyo Ramen Kokugikan Mai, a large collection of ramen restaurants on the 6th floor of the shopping mall. It’s impossible to go wrong with a choice of six stalls, each selling ramen from a different region of Japan. I always end up ordering a steaming bowl of miso-based Sapporo ramen with a side of gyoza.

If you’d rather eat some of the best sushi in your life, pop over to the new Toyosu Fish Market, relocated from historic Tsukiji in 2018. It’s the world’s biggest, and you can reach it by taking the Yurikamome monorail to Shijomae Station.

Whatever you choose to eat, you’ll want to walk it off, and there’s no better place for an evening stroll than the beaches that line Odaiba’s inner shore.

I’d never walked all the way to the end before, but we followed their length one summer night, thinking we’d catch the monorail from a different station to make our way back to the city. And that’s when I saw a sign near the bridge.

In all my years of living in and visiting this exciting world city, I had no idea it was possible to walk back from Odaiba over the Rainbow Bridge. This busy transport link carries three lines on two decks — two road and one rail — but there are also two separate pedestrian walkways.

You’ll have to decide which side you’d like to look at before you set out. The south walk offers a vast panorama of Tokyo Bay with Haneda Airport in the distance. And the north walk offers one of the best views you’ll ever see of the Tokyo skyline. It’ll take you around 25 minutes to walk across, assuming you don’t stop for too many photos. Just remember, the gate slams shut 30 minutes before the 9 p.m. closing time in summer, and even earlier between November and March.

We arrived with 10 minutes to spare. The occasional car whizzed past toward the mainland end of the bridge, where the pedestrian walkway is separated from the motorway by a simple guardrail, but traffic was light. Night had already fallen by then, transforming the city around the Bay into a cinematic backdrop of skyscrapers and neon, with the orange lights of Tokyo Tower casting a romantic glow.

It felt such a long way from the elegant simplicity of Hamarikyu Gardens. I wonder what Shogun Ienobu would have thought about what old Edo has become? ♦